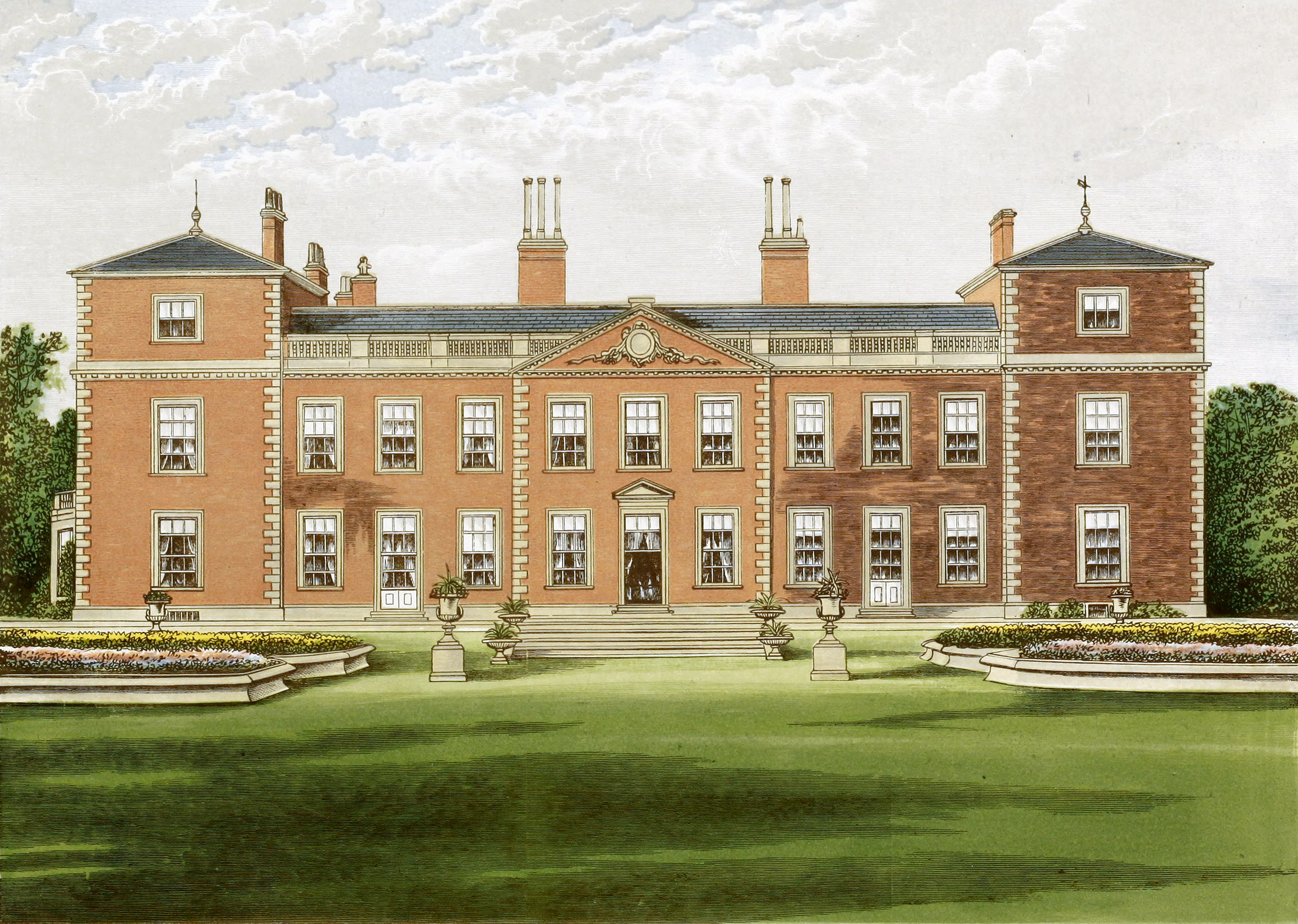 Near Pakenham, Suffolk.—Duke of Grafton.

Euston Hall is a large commodious mansion built of red brick, and destitute of superfluous decorations either within or without.

The house is surrounded by trees of uncommon growth, and of healthy and luxuriant appearance; near it glides the river Ouse, over which is thrown a neat and substantial wooden bridge. The scenery about this mansion combines the most delightful assemblage of rural objects, and is justly celebrated by the author of the “Farmer’s Boy:”—

The estate of Euston is of very considerable extent, its circumference being between thirty and forty miles, and embracing a great number of villages and hamlets.

On an elevated situation in the park stands the Temple. This elegant structure, designed for a banqueting house, was built by the celebrated Kent, under the auspices of the late Duke of Grafton, who laid the first stone himself in 1746. It is in the Grecian style of architecture, and consists of an upper and lower apartment, forming a pleasing object from many points of view in the neighbourhood of Euston, and commanding an extensive prospect.

Fakenham Wood, the scene of the well-known tale of the “Fakenham Ghost,” near Euston Hall, is perhaps the largest in the county, and covers three hundred and fourteen acres.

The ducal family of Grafton descends from

Henry Fitzroy, second son of His Majesty King Charles the Second, by Barbara Villiers, Duchess of Cleveland, who was followed in succession by