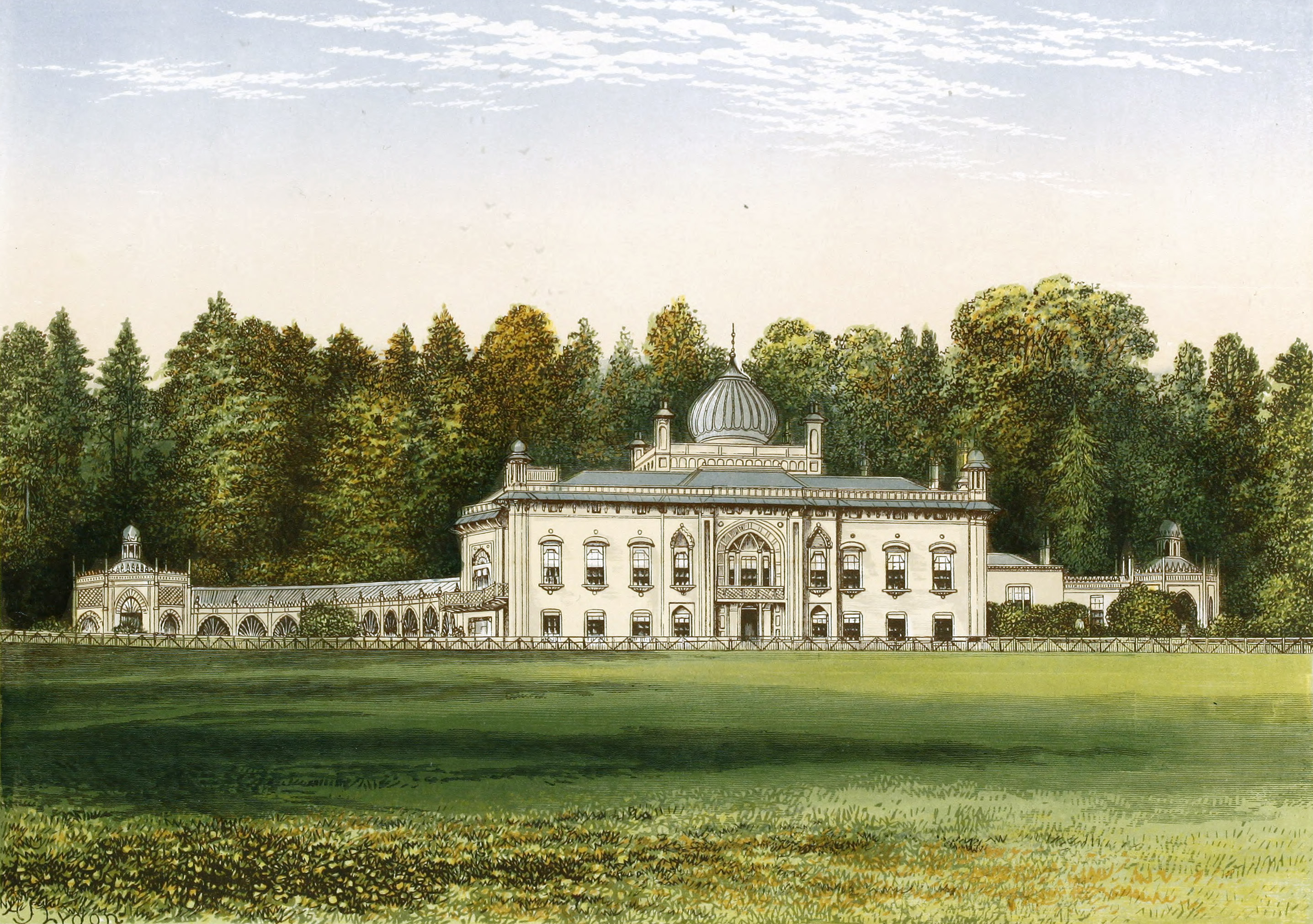 This elegant mansion is situated about two miles and a half from the town of Morton, about seven from Camden, and nineteen miles north-east from the city of Gloucester. It was entirely erected by Sir Charles Cockerell, Baronet, in the style of the splendid palaces of the East. The grounds are varied and beautiful, and the whole are laid out with very great taste and judgment; a part is called the Thornery. These have been embellished with a variety of ornamental buildings erected in the most picturesque situations. The Welhngton Pillar, the Temple, the Bridge, and Fountain are from designs by Thomas Daniell, Esq., R.A.

John Cockerell, Esq., of Bishop’s Hall, near Taunton, Somersetshire, was father of

Sir Charles Cockerell, created a Baronet, September 25th., 1809, for his eminent services as a civil servant in India from 1776 to 1800. He was subsequently a Member of Parliament for more than thirty years. He married, first, March 11th., 1789, Maria Tryphena, daughter of Sir Charles William Blunt, Bart., by whom he had no issue; and secondly, February 13th., 1808, the Honourable Harriet Rushout, daughter of John, first Lord Northwick, and had

Sir Charles Cockerell, born June 11th., 1809, who took, by royal license, the surname and arms of Rushout, the latter quarterly with his own. He married, August 5th., 1834, the Honourable Cecilia Olivia Geraldine Foley, daughter of Thomas, third Lord Foley, and had, with other children.

Sir Charles Fitzgerald Rushout, Captain in the Royal Horse Guards, born July 13th., 1840. He married, July 15th., 1865, Mary Alice Wentworth Pennant, only child of David Pennant, Esq., and had, with other issue, a son and heir,