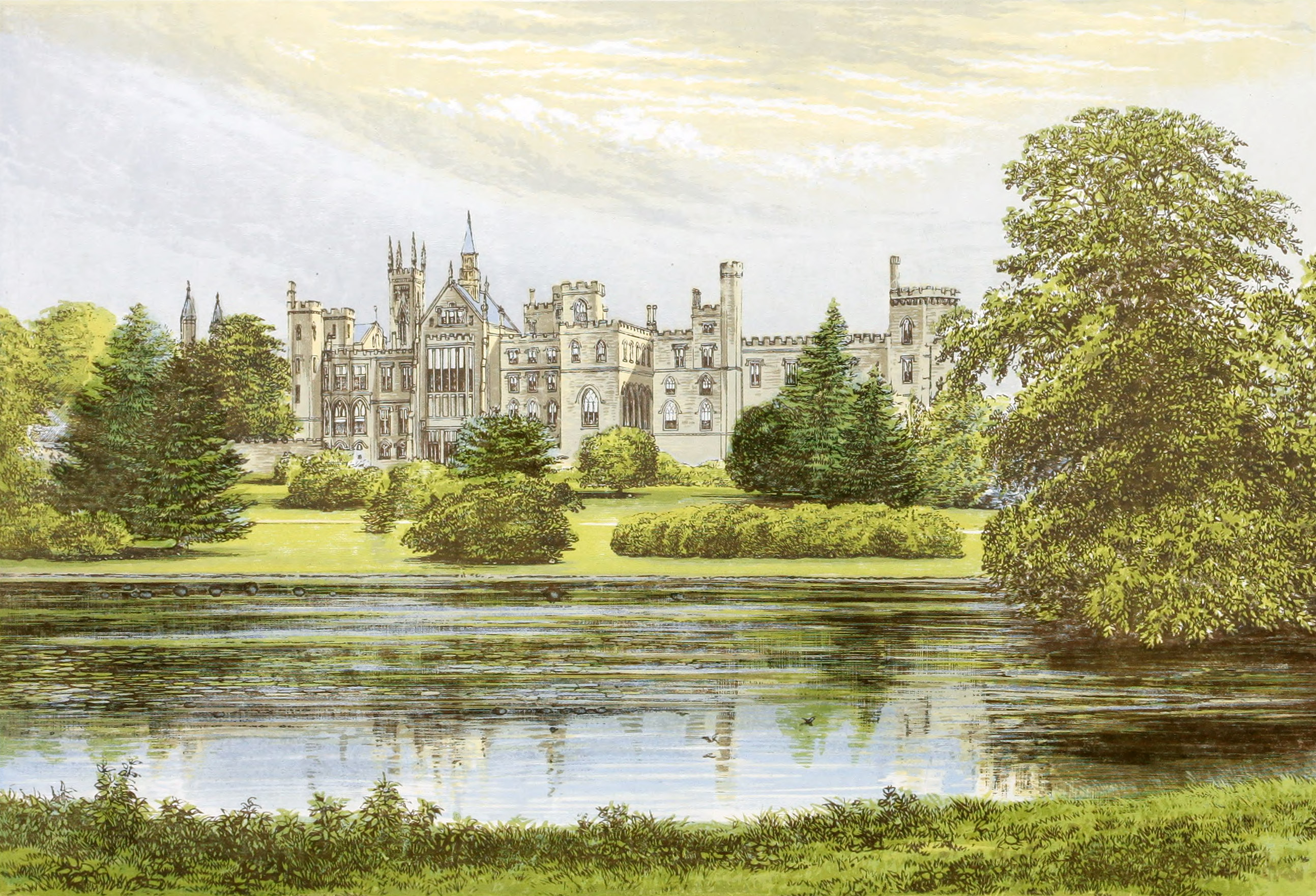 Near Cheadle, Staffordshire.—Earl of Shrewsbury and Talbot.

The princely seat of Alton Towers, sometimes called Alton Abbey, the name itself of Alton being a contraction of Alveton, is situated in the hundred of Totmonslow, near the town of Stafford.

A Castle was erected here soon after the Norman Conquest. In the reign of King John it was possessed by

Joan de Verdon, carried it by marriage to

In process of time the heiress of the family,

Maud Furnival, brought it into the present line by her marriage with

Sir John Talbot, afterwards created Earl of Shrewsbury, who had been victorious in no less than forty several battles and dangerous skirmishes, and was at last killed by a cannon in action—“The ruling passion strong in death”—at Chastillon sur Dordon, in 1453. “The great Alcides of the field, valiant Lord Talbot, Earl of Shrewsbury, created, for his rare success in arms, Great Earl of Washford, Waterford, and Valence, Lord Talbot of Goodrig and Urchinfield, Lord Strange of Blackmere, Lord Verdon of Alton, Lord Cromwell of Wingfield, Lord Furnival of Sheffield;”

“The thrice victorious Lord of Falconbridge,
Knight of the noble order of Saint George,
Worthy Saint Michael and the Golden Fleece,
Great Mareshal to Henry the Sixth,
Of all his wars within the realm of France.”

During the Cromwellian usurpation, the ancient castle, which was built on a precipitous rock, below which flowed the river Churnet, was destroyed by his ignorant soldiery.

The present magnificent mansion is of an irregular form, with gables and embattled towers, whence its name.

The drive through the park leads by a lodge, at the foot of a steep hill, from the town of Alton, and for more than a mile lies through pine woods.

The drawing-room opens into a fine conservatory.

The garden and pleasure-grounds are extremely beautiful and picturesque.

In one part is placed a statuary head of Pitt, and opposite to it is another conservatory.

The noble family of Talbot derives its origin from Saxon times; but its first recorded ancestor is Robert de Talbot whose name is given in Domesday Book, as holding nine hides of land from Walter Giffard, Earl of Buckingham.