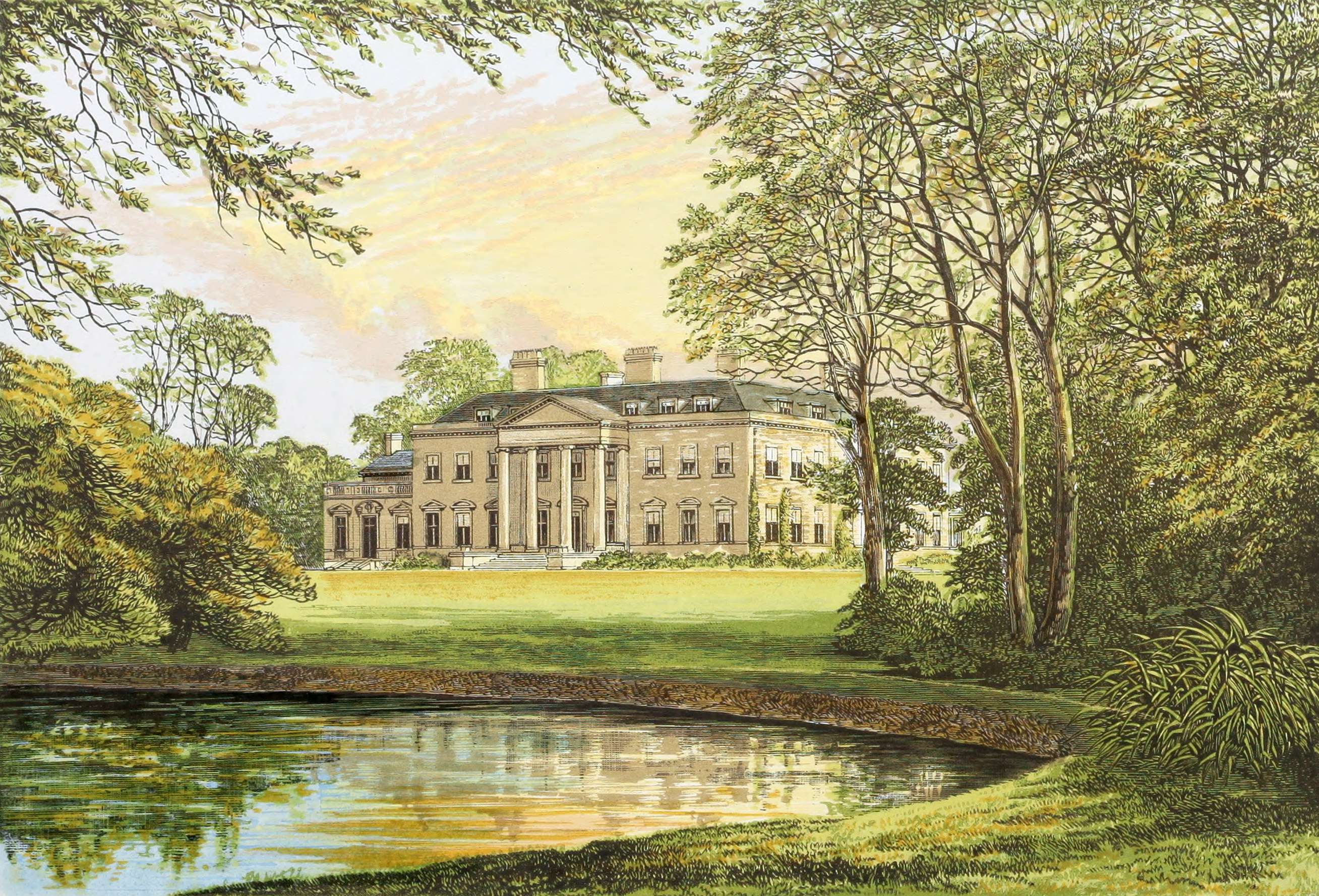 Though I have been in the immediate neighbourhood of this well-known seat myself—well known from the name of its late owner, whose title for half a century has been “familiar in our ears as a household word,”—I shall let Sir Bernard Burke describe the scenery around it, for no one could do it better, no writer that I know can do it so well.

“Few seats are surrounded by a fairer landscape than this of Broadlands. The park, of an irregular shape, extends about a mile and a quarter to the River Test, which here unites its various branches into a single channel, and spreads out into a broad expanse of ornamental water. This park exhibits many noble trees of various kinds, scattered singly, or in groups, arranged with exquisite taste and effect. On the side that abuts on Romsey it is about half a mile in length.

The width of the valley of the Test is here almost three quarters of a mile, if measured from the commencement of the rise on either side. Above Romsey it extends westward into a sort of basin, and again widens in the same direction opposite the middle of the entire length of Broadlands. Between these points it is narrowed by hills that jut out in gentle swellings, one of which slopes, lawn-like, towards the meadows, while the other stands out like a fortress made by nature, and indeed bears the marks of having been once artificially fortified upon all except its steepest sides. The summit is remarkably flat, and covered with a green turf as soft to the tread as velvet. Mingled with the grass is an abundance of wild thyme and other aromatic herbage, so that on a fine summer’s day the whole place glitters with the glance of tiny wings, and the air is alive with the busy hum of bees, attracted thither by the fragrance.

From the top of this eminence the views are exceedingly beautiful; and their effect is not a little heightened by their being broken and separated by clumps of trees, that are variously dispersed upon the crown and margin of the hill. These views are principally four, though of course they may yet be diversified if the spectators take up other positions. First, upon the right hand is a prospect down the valley and across Southampton water to the New Forest: perhaps it may even extend as the peasants of the neighbourhood say it does, to the Isle of Wight; but for this the day must be fine, and the atmosphere remarkably free from vapour; it may be doubted, too, whether much would be gained to the spectator by this extension of his prospect, for nothing can be well imagined more beautiful than the nearer landscape, when the clouds, under the influence of a gentle west wind, are flinging their light shadows upon it, and for a moment interrupting the sunshine. Secondly, to the left of the scene just mentioned, is the view of Broadlands, forming with its home park a graceful contrast to the beauties of nature. Thirdly, comes the view of Eomsey, the only objection to which is the too great remoteness of the abbey church, the most interesting feature that the town presents. Lastly, there is the view up the valley of the Test, which here assumes the appearance of an amphi- theatre with finely-wooded margins, the bright streams glittering among fields of the freshest verdure; while here and there some blighted trunk of a tree stands out amongst all this life and youth like a churchyard in some crowded city, as if to remind us that the scene, after all, is fleeting.”