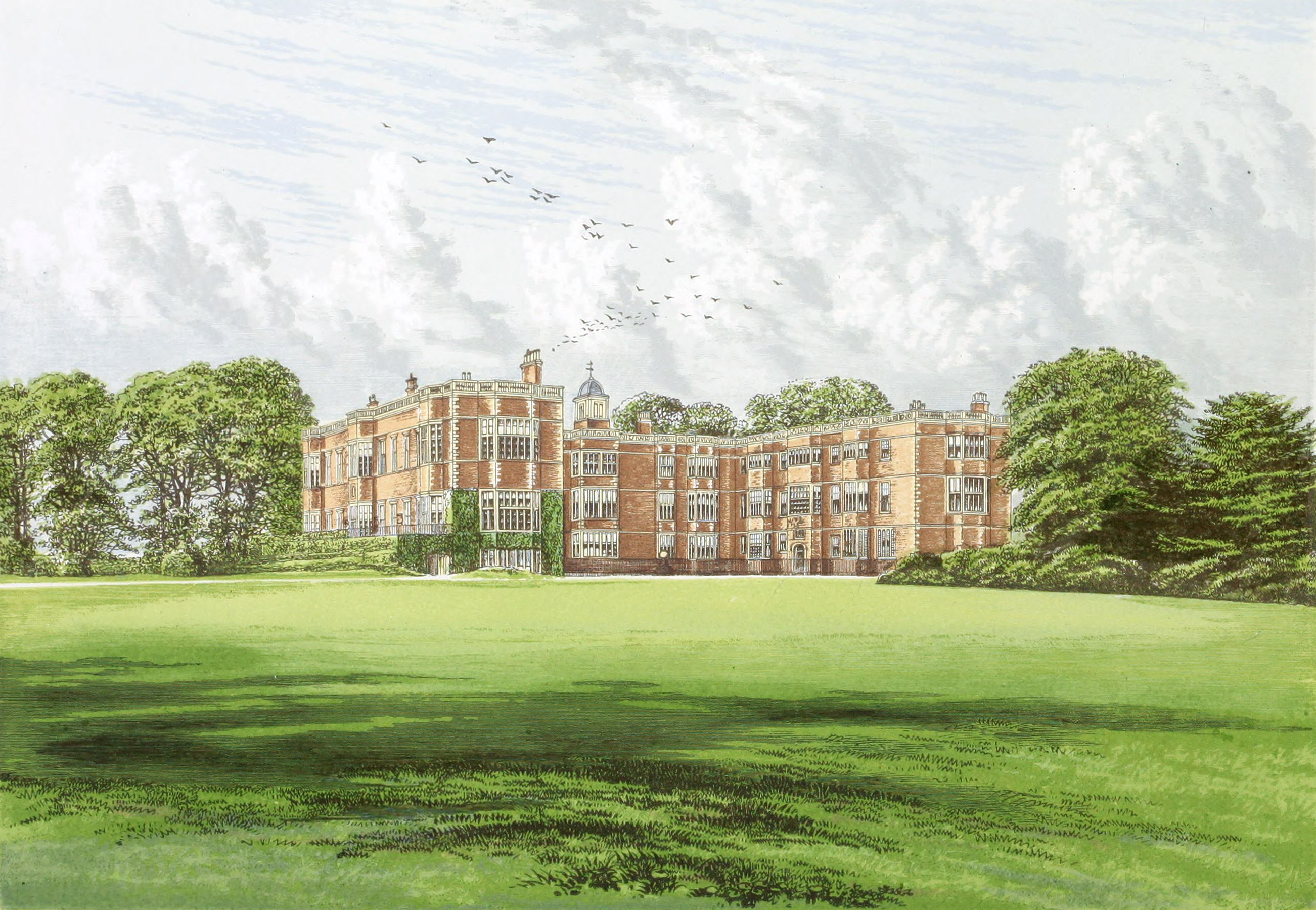 Every one that has read “Ivanhoe,”—as who that ever has been young has not?—every one that knows it by heart,—as who does not?—will recall at the name of this seat the vivid and stirring descriptions therein given us of those Warrior-monks, the Knights Templars, who once, as Sir Bernard Burke writes in his account of this place, set their mailed feet upon the neck of Kings, and had well-nigh been an over-match for the Pope himself.

Here, in those distant times, was a Preceptory of this order of Military Churchmen, and one cannot but at once summon up before the eye of the mind their Grand Master, Lucas de Beaumanoir, at the head of his knightly followers, Maurice do Bracy, fresh from the fray at Coningsburgh Castle and the ruined towers of Torquilstone, Waldemar Fitzurse, Brian de Bois Guilbert, Conrade de Montfichet, and Albert Malvoisin, and “see them on their winding way,” as with their troop of “free lances” they slowly move off from Templestowe, in “long and glittering line,” to the music of a wild march from some distant Eastern Land, and follow the waving banner of Beau-seant. When, however, and none too soon, they were suppressed by the hand of a stronger power, the estate was granted by King Edward the Third to

Sir John Darcy, with whose descendants it remained until

Thomas, Lord Darcy, got into trouble with “Bluff Hall,’ who was not the man to brook opposition at the hand of a subject, and, on suspicion of his having delivered up Pontefract Castle to the Yorkshiremen in the “Pilgrimage of Grace,’ forthwith made an end of him on Tower Hill. It is, however, considered by historians far from certain that the unfortunate nobleman was really guilty of complicity in the rebellion. The king thereupon bestowed the estate on

Matthew, Earl of Lennox, whose son,

Lord Darnley, husband of the Queen of Scots, was born here. It was next granted by King James the First to the then

Duke of Lennox, by whom it was sold to

Sir Anthony Ingram, who built the present splendid mansion upon it. His descendant,

Lord Irvine, left with other daughters,

Hugo Meynell, Esq., of Hoar Cross in the county of Stafford, and so brought it and the additional surname of Ingram into the present family.

Temple Newsam stands upon the bank of the River Aire, about four miles from Leeds and fourteen from York, in a part of the country which is naturally very beautiful, as indeed are most parts of the Yorkshire manufacturing districts, but much marred, for the present, that is to say until our coal fields are exhausted, by the smoke that arises from so many furnaces.

The family of Meynell-Ingram derives through a long line from Gilbert de Mesnil, living in the reign of Henry the Second, supposed to be descended from Hugh de Grent-Mesnil, a potent Norman Baron.