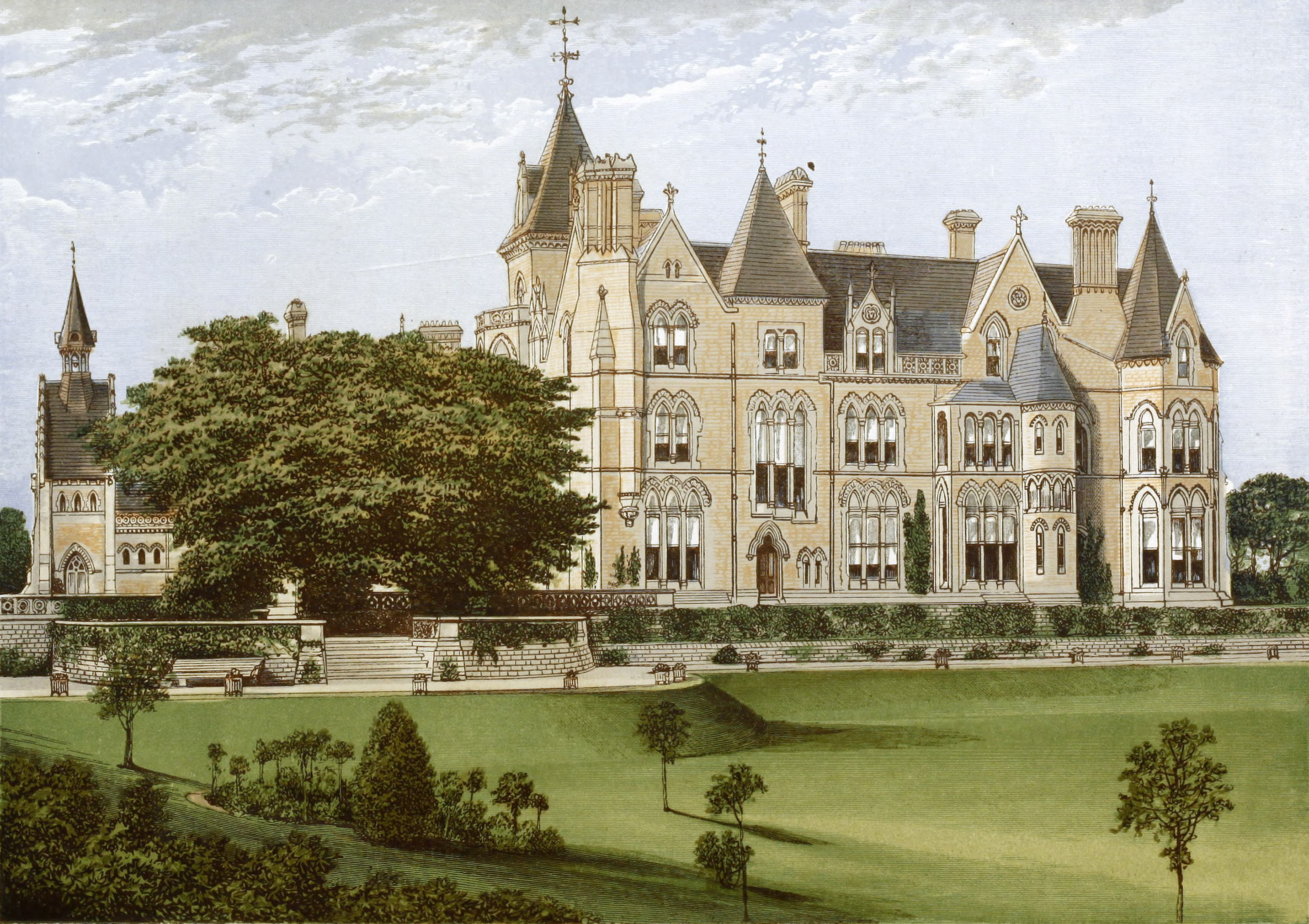 Near Nottingham, Nottinghamshire.—Duke of St. Albans.

From authentic information there seems no doubt that Bestwood was once a royal residence, and much frequented for hunting purposes by royalty, for King Edward the Third, by his letters patent, dated at his Park of Beskwood, 1st. September, 37th. Ed. III., (1364,) pardoned and released certain rents issuing out of “Lindley Hay and Bullwell Rise, to the Priory of Newstede.” And in the inquisition taken at St. John’s House, Nottingham, the fourth of the nones of July, in 35th. Henry III., (1251,) before Geoffrey Langley, Justice of the Forest, it is called a “Hay or Park of our Lord the King, wherein no man commons.” And earlier still. King Henry the First granted to the Priory of Lenton to have “two carts to fetch deal wood and heath out of Besewood.” King Henry the Second also, about the year 1160, granted the Convent to have eveiy day “two carrs or three carretts to bring them dead wood or heath, as much as they should need for their own use.”

Thoroton, who wrote in the year 1677, says, “Bestwood hath a very fair Lodge in it, and in respect to the pleasant situation of the place, and conveniency of hunting and pleasure, the Park and Lodge have for these many years been the desire and achievement of great men. Three Earls of Rutland had it, Roger, Francis, and George. Before that, Thomas Markham, a great courtier and servant to Queen Elizabeth, had it; and before him, little Sir John Byron, a great favourite of King Henry the Eighth’s. It is now on lease to William, Lord Willoughby of Parham. Before the troubles it was well stored with red deer, but now it is parcelled into little closes on one side, and much of it hath been plowed, so that there is scarce either wood or venison, which is also likely to be the fate of the whole Forest of Shirewood.”

Charles the Second, by Royal Letters Patent, about 1683, granted the Park of Bestwood to Henry Beauclerc, or Beauclerk, created Duke of St. Albans, Registrar of the High Court of Chancery, and Master Falconer of England, with remainder to his heirs male.

The ancestor of the family of the Duke of St. Albans was

Charles Beauclerk, son of His Majesty King Charles the Second by Eleanor de Vere, last Earl of Oxford, and was created Baron of Hedington and Earl of Burpord, December 27th., 1676, and further elevated in the peerage, January 10th., 1683–4, as Duke of St. Albans. His son,

George Beauclerk, third Duke, who married Jane, daughter and co-heiress of Sir Walter Roberts, Baronet, of Glassenbury, Kent, but died without issue February 1st., 1786, when the honours reverted to his kinsman, the grandson of the first Duke,

George Beauclerk, Esq., who succeeded as fourth Duke, but dying unmarried in 1787, the title next went to his cousin, grandson, through another son, of the first Duke, namely,

Aubrey, second Baron Vere of Hanworth, who succeeded as fifth Duke. married, in 1763, Lady Catherine Ponsonby, daughter of William Earl of Bessborough, by whom he had a successor,

Aubrey Beauclerk, sixth Duke, born August 21st., 1765. His Grace married, first, Miss Moses, by whom he had a daughter, Mary, married to George William, eighth Earl of Coventry, and secondly, Louisa, Countess of Dysart, by whom he left an only son, his successor, in 1815,

Aubrey Beauclerk, seventh Duke, who died February 19th., 1816, the same day as his mother, when the honours reverted to his uncle,

William Beauclerk, eighth Duke, married, first, in 1791, Charlotte, daughter of the Rev. Robert Carter Thelwall, and heiress of Redbourne Hall, which lady died without issue in 1797, and secondly, in 1799, Mary Janetta, only daughter and heiress of John Nelthorpe, Esq., of Little Grimsby Hall, Lincolnshire, and by her left a large

family, of whom the eldest son,