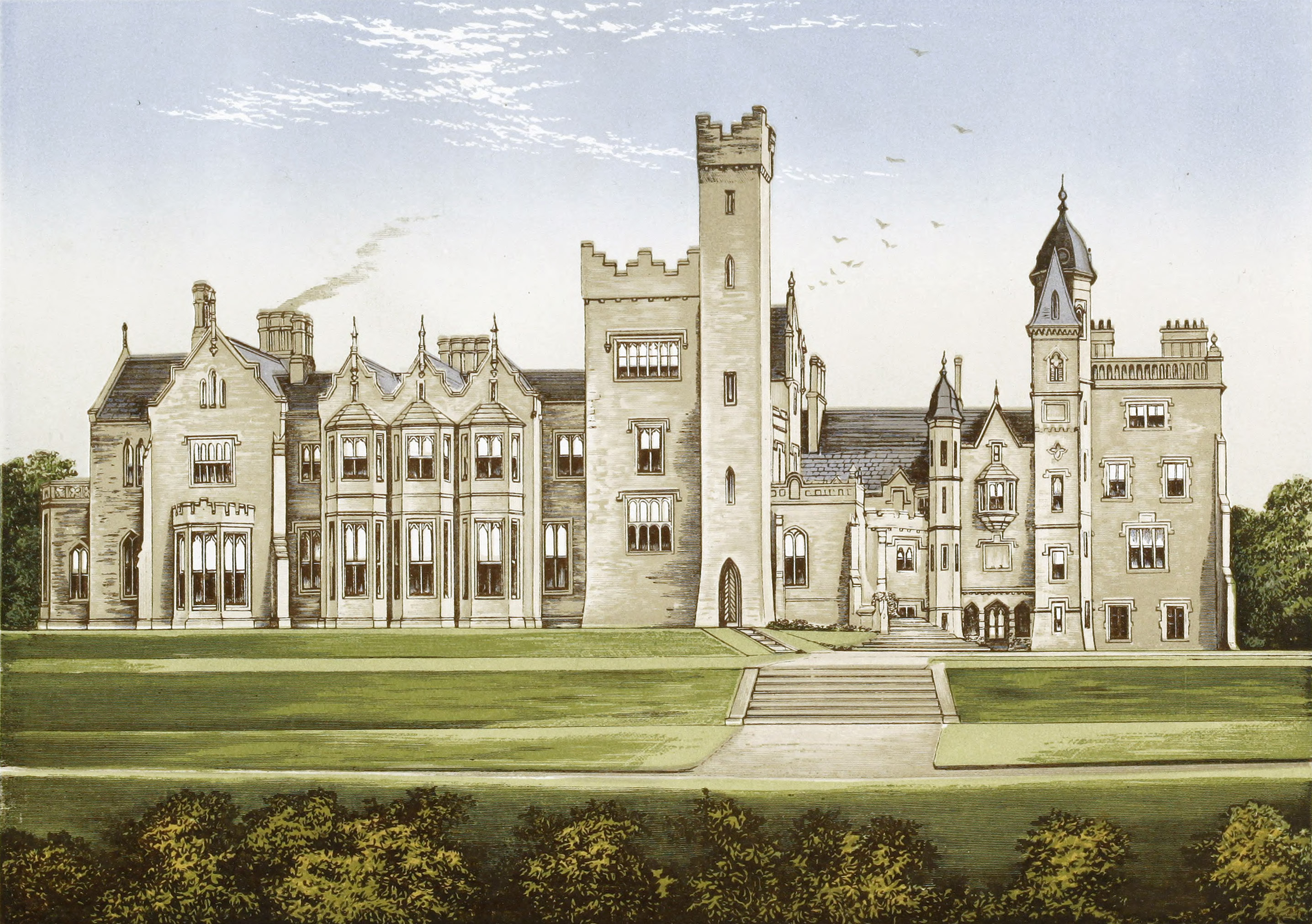 This picturesque building stands on an eminence in the middle of a park of considerable extent, abounding in natural beauties and extensive views.

The inside of the structure is in keeping with its outside appearance. The principal reception rooms and hall contain many pictures of interest and value.

The castle, which was greatly enlarged and beautified by the present peer’s father, came into the possession of the Westenras by the marriage of one of their ancestors, Henry Westenra, Esq., M.P., Seneschal of the King’s Manors in Ireland, with Miss Harriet Murray, daughter of Colonel J. Murray and Mary Lady Blayney, only child and heiress of Sir Alexander Cairns.

The genealogy of this family, originally from Holland, is as follows:—;

Warner Westenra, who settled in Ireland in the reign of Charles the Second, and was made a free denizen of that kingdom by Act of Parliament in 1662. He married Elizabeth Wybrantz, and had a successor,

Henry Westenra, Esq., who married in 1700, Eleanor, second daughter of Sir Joshua Allen, Knight, and sister of John Allen, first Viscount Allen, by whom he had, with other children, an eldest son,

Warner Westenra, Esq., M.P. for Maryborough in 1728. He married, in 1738, Lady Hester Lambert, second daughter of Richard Lambert, fourth Earl of Cavan, and had with other issue,

Henry Westenra, Esq., married to Harriet, one of the sisters of Elizabeth Murray, daughter of John Murray, Esq., (co-heiress of her mother, Mary, Dowager Lady Blayney, sole heiress of Sir Alexander Cairns, Baronet,) who had married General Robert Cunningham, raised to the peerage of Ireland, October 19th., 1796, as Baron Rossmore, of Rossmore Park, the patent of creation containing a reversionary clause, conferring the Barony, at his Lordship^s decease, on the heirs male, at the time being, of two of her Ladyship’s sisters successively, and the only son of the elder of the other sisters, Mrs. Jones, wife of the Right Honourable Theophilus Jones, having predeceased him, the Barony devolved on the eldest son of the younger sister,

Warner William Westenra, born October 14th,, 1765, who was created a Baron of the United Kingdom as Baron Rossmore, June 23rd., 1828. His Lordship had married, first, October 3rd., 1791, Mary Anne, second daughter of Charles Walsh, Esq., of Walsh Park, in the county of Tipperary, and by her had, with other children,

Henry Cairns Westenra, an officer in the 1st. Life Guards, born November 14th., 1851, who succeeded to the title as fourth Baron Rossmore. He died 28th. March, 1874, and was succeeded by his next brother, the present Peer,