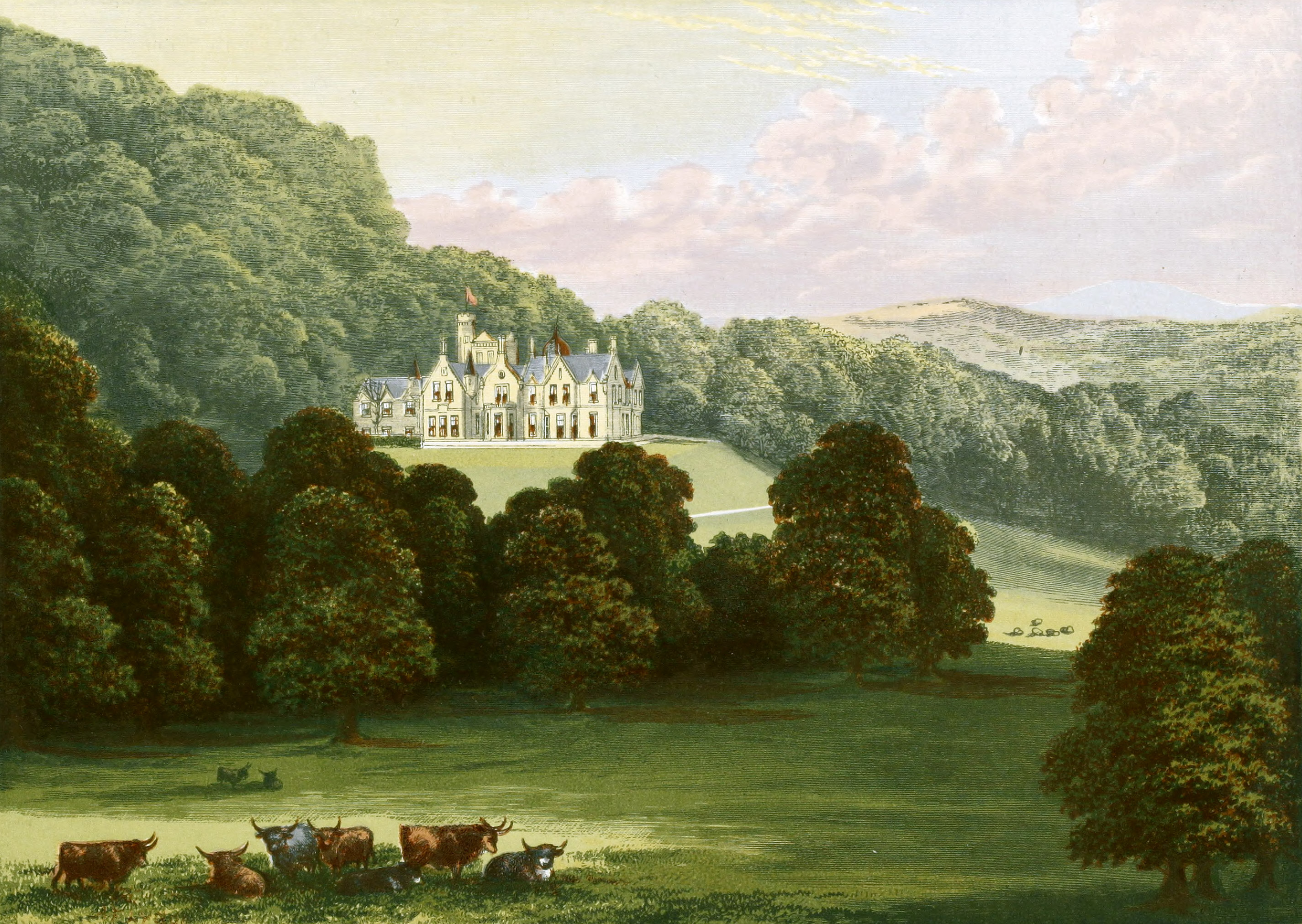 History notes Philiphaugli as a place of considerable mark in the south of Scotland. On its plains the celebrated battle between Generals Montrose and Leslie was fought in 1645, which decided the religion of Scotland, the Covenanting Presbyterians gaining the victory.

The estate has been in the possession of the Murray family for centuries. The first of the family upon record was Archibald de Morovia, who lived in the reign of King Alexander III., and is mentioned in the Chartulary of Newbattle, Anno 1280. For centuries they possessed the greatest portion of the county of Selkirk, and a large extent of Peebleshire, besides lands in Midlothian.

Among the ancestors of the present proprietor, who is a descendant in the direct male line from Archibald de Morovia, were many distinguished men both in the Scottish and English Parliaments. Among the most celebrated was the Outlaw Murray. He is mentioned as being of a prodigious size and strength, and among the most daring and foremost of the Border Chieftains, with five hundred retainers—

“A’ in ae liverye clad,
O’ the Lincome grene sae gaye to see.”

On one occasion King James IV. had an interview with him not far from Philip- haugh, desiring him to become a faithful subject, and acknowledge him as king. At the interview (see Scott’s “Border Minstrelsy,”—Song of the Outlaw Murray,) the King said

“On gallows ye sail hanget be!” “ Over God’s forbode,” qnoth the outlaw then,
“ I hope your Grace will bettir be!
Else, ere you come to Edinburgh port,
I trow thin guarded sail ye be:

“Thir landis of Ettricke Foreste fair
I wan them from the enemy—
Like as I wan them, sae will I keep them,
Contrair a’ Kingis in Christentie.”

The King and his nobles attending him were so struck with the courage and noble bearing of the Outlaw, that he obtained forgiveness, and then said, on being asked by the King to name his lands—

“Fair Philiphaugh is mine by right,
And Lewinshope still mine sail be;
Newark, Foulshiells, and Tinnies baith,
My bow and arrow purchased me.

“And I have native steads to me,
The Newark Lee and Hangingshaw;
I have mony steads in the Forest schaw,
But them by name I dinna knaw.”

The keys of the Castell he gave the King
Wi’ the blessing of his fair Ladye;
He was made sheriffe of Ettricke Foreste,
Sarely while upward grows the tree
And if he was na traitour to the King,
Forfaulted he suld never be.

Whaever heard, in ony times,
Sicken an Outlaw in his degree?
Sic favour get before a King,
As did the Outlaw Murray of the Foreste free?”

The present owner of the estate succeeded to the Baronetcy of Melgund, which title had been granted, and held by a junior member of the family since 1704. It was assumed shortly after the death of Sir Albert Joseph Murray, a Count of the Austrian Empire, by an order of the Sheriff in Chancery.

Sir John Murray is the chief of the families of his name in the southern portion of Scotland.

I quote the following from one of the printed accounts of the residence:—

“The situation of the Mansion House is very beautiful and romantic,—backed by lofty hills, covered with the largest portion now extant of the well-wooded forest of Ettrick, with the lovely and classic river Yarrow in the foreground. The beauty and elegance of the hall and public rooms, with the suits and trophies of ancient armour; the numerous family portraits and fine paintings by old and modern artists; the collection of antique furniture, bronzes, and magnificent china of all periods, along with numerous relics from the battlefield, consisting of muskets, swords, cannon balls, and silver coins, make it one of the most interesting and attractive residences in the Scottish borders.”

Through the liberality of the proprietor, both the Mansion House and grounds are thrown open to visitors and tourists.