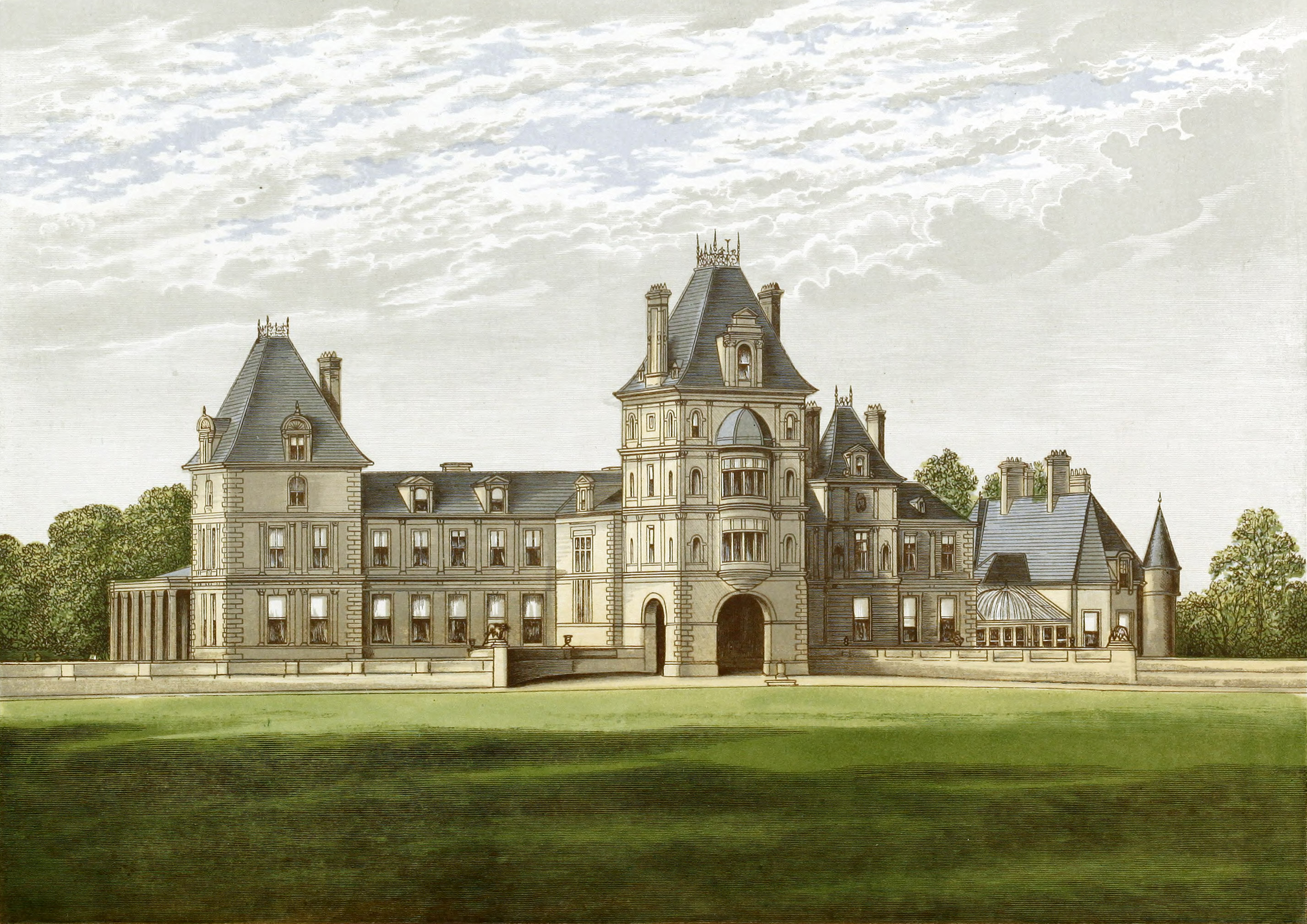 This place, in the fifteenth century, formed part of the estates of John ap Ellis Eyton, who fought at the battle of Bosworth, and whose tomb, upon which are effigies of himself and of his wife, remains in one of the Wynnstay Chapels in Rhuabon Church.

From the Eytons the estate passed by marriage to a family of the name of Evans, and from them, by the mamage of Jane, daughter and heiress of Eyton Evans, Esq., with Sir John Wynn, Baronet, Custos Rotulorum and M.P. for Merio- nethshire, to the Wynns. Sir John died without issue in 1719, aged ninety-one, and left his large possessions to his kinsman, Watkin, eldest son of Sir William Williams, Baronet, who thereupon assumed the additional surname of Wynn. Sir

William was the eldest son and successor of the Right Honourable Sir William Williams, Baronet, who was Speaker of the House of Commons in the reign of King Charles the Second, and who died in the year 1700.

The spacious park at Wynnstay, containing about five hundred head of deer, red and fallow, was enclosed, and the wall built, in the time of Sir John Wynn, who also planted the now venerable avenue.

The house, prior to the lamentable fire in 1858, was an extensive but irregular pile, containing some fine apartments, and at the time of the fire was undergoing extensive alterations. The whole was destroyed, with the exception of the offices. Many pictures of great value, and a rare and valuable collection of books and manuscripts perished in the flames. Fortunately the pictures by Sir Joshua Reynolds were saved through the exertions of the French cook, who cut them from their frames before the flames reached them.

The new mansion which has arisen upon the ruins is a spacious edifice, in the style of one of the old French palaces, from the design of B. Ferrey, Esq., and contains a valuable collection of pictures by the great masters.

Wynnstay park is stated to embrace a circuit of eight miles. Within the park, at a mansion called Bodylltyn, lived in the sixteenth century, Edward ap Roger Eyton, of high authority as a Welsh herald and genealogist. A large folio volume, entirely in his autograph, is extant. He died in 1587.

The inscription upon the handsome column in the park to the memory of Sir Watkin “Williams Wynn, who died in 1789, was written by his brother-in-law, the talented Lord Grenville, “Filio ojotimo, mater eheu! superstes.»

To say that this family is of “Welsh origin, and that both paternally and maternally, is sufficient to shew its antiquity. To be of the Ancient British race is to date back to a period long antecedent to the arrival of Saxons or Normans in the country. In the male line the descent is from

Rhodki Mawr, King of Wales, himself the representative of a long line of regal forefathers, who was slain A.D. 876. The twenty-fifth successor to whom was

William Wynn, Esq., whose daughter, Sydney Wynn, married Edward Thelwall, Esq., and their daughter became the wife of Sir William Williams, Bart., of Llandforda, who, on succeeding by will to the estates of the House of Wynnstay, assumed the additional surname and arms of Wynn.