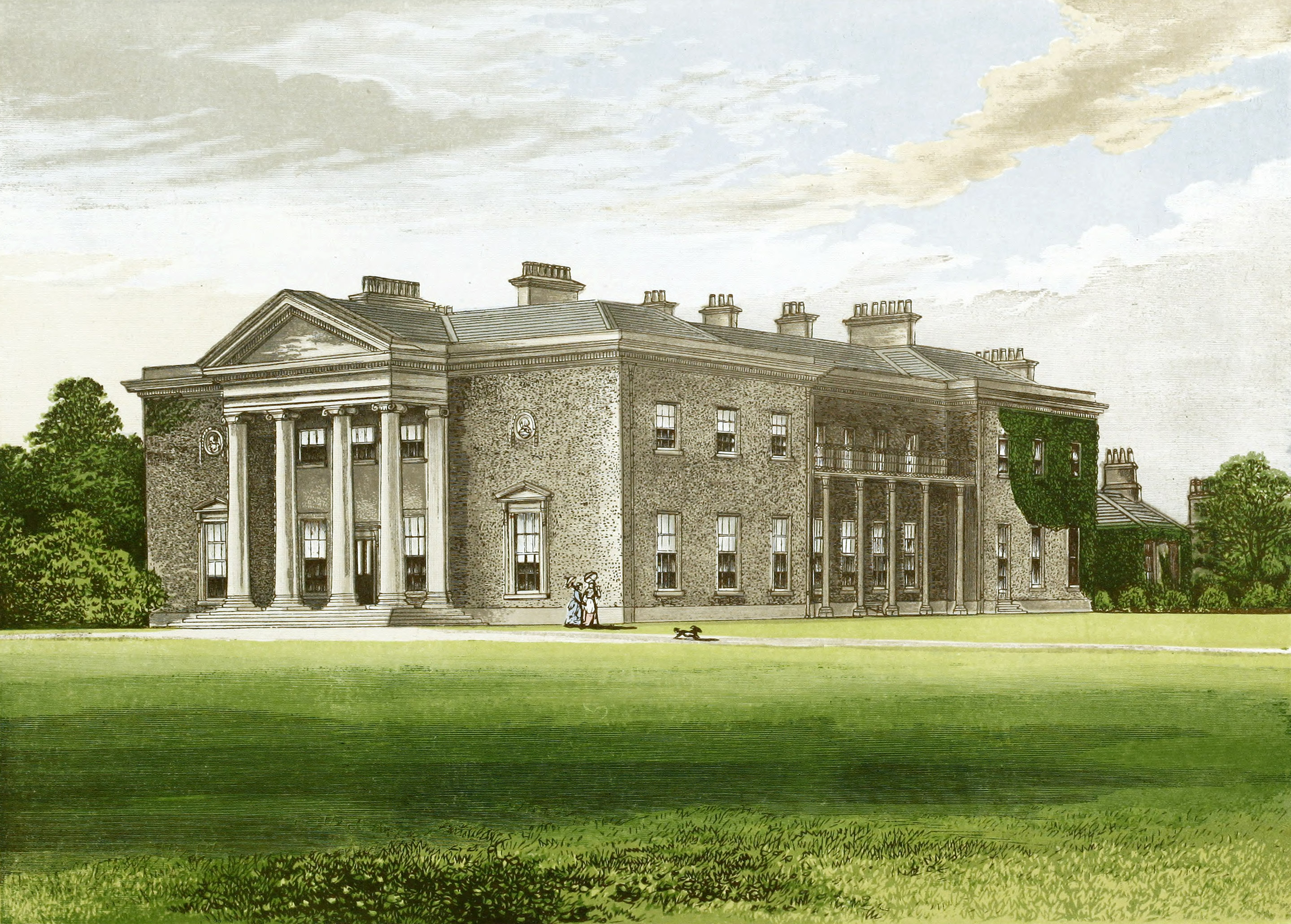 Bishops Court, the seat of the Earl of Clonmell, is handsomely situated in a very extensive demesne, four miles from Naas and twelve from Dublin.

It was built by Lord Ponsonby, and was purchased in the year 1838 from the Hon. Frederick Ponsonby, by John Henry, third Earl of Clonmell.

The family of Lord Clonmell derives from

Michael Scott, Esq., who, by his wife. Miss Purcell, of the family of the titular Barons of Loughmoe, of that name, had a son,

John Scott, Esq., successively Solicitor-General, Attorney-General, and Prime Sergeant of Ireland, between the years 1774 and 1783. In the year 1784 he was made Chief Justice of the Court of King’s Bench, and created, on the 10th. of May in that year. Baron Earlsfort. On the 18th. of August, 1789, his Lordship was further raised to the dignity of Viscount of Clonmell, and to that of Earl of Clonmell December 20th., 1793. He married twice. By his first lady, Catherine Anne Maria, daughter of Thomas Mathew, Esq., sister of Francis, first Earl of Llandafi”, and widow of P. Roe, Esq., he had no surviving issue. He married, secondly, Margaret, the daughter and heiress of Patrick Lawless, Esq., of Dublin, and had with a daughter, married to John Reginald, Earl of Beauchamp, himself dying May 23rd., 1798, a son,

Thomas Scott, second Earl of Clonmell, father, by his wife Henrietta Louisa, daughter of George, second Earl of Brooke and Warwick, of nine children, of whom the eldest,