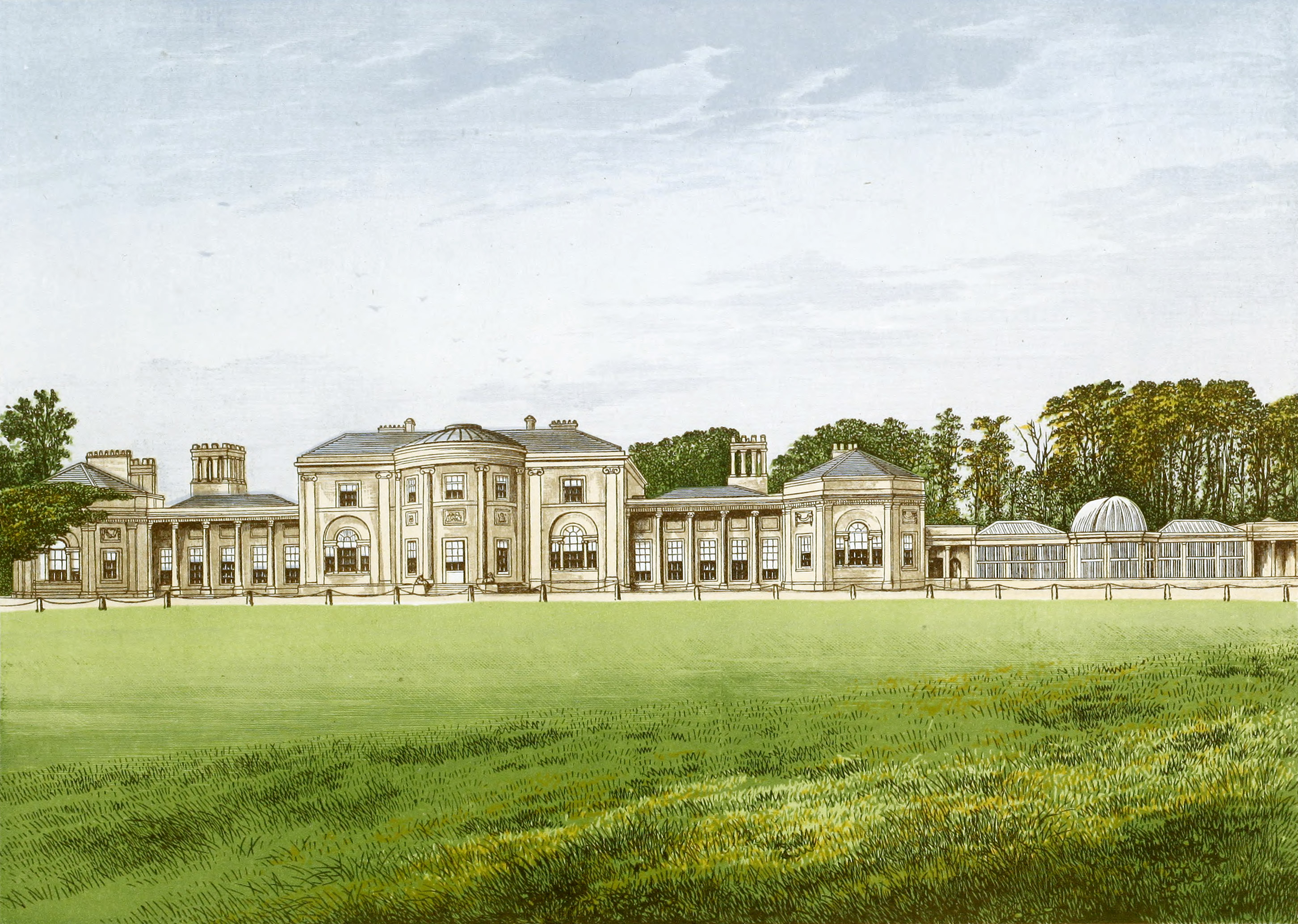 Near Prestwich, Lancashire.—Earl of Wilton.

Heaton Park is situated about four miles from Manchester, and is a handsome stone structure, built under the superintendence of Wyatt, with columns of the Ionic order and a circular projection in the centre, surmounted by a spacious dome.

On a rising ground at some distance is a round temple, from which very extensive views are obtained over the four adjoining counties of York, Derby, Chester, and Stafford.

The park, which is well wooded and extensive, being about five miles in circumference, is approached by a drive, at the entrance to which is a handsome lodge of the Doric order of architecture.

Adam de Heton was the earliest recorded dweller at this place, as mentioned in the “Testa de Nevill.” This was in the reign of Henry the Third.

Later on, the estate came into possession of a family of the name of

Langley, from which again it passed, by the marriage of Margaret, daughter and coheiress of Sir Robert Langley, to

The descendant of this alliance,

Edward Holland, Esq., of Heaton and Denton, left at his decease a sister and sole heiress, Elizabeth, who married

His daughter and eventual heiress,

of the Marquis of Westminster, whose second son,

The Hon. Thomas Grosvenor, inherited by special remainder, at the death of his father in 1814, when the Barony expired, the Earldom and Viscountcy of Grey de Wilton, while the Baronetcy passed in due course to the Egerton family.

The family of Grosvenor is of French extraction, as already stated in a previous volume of this work.

Sir Richard Grosvenor, Knight, was created a Baronet February 23rd., 1621–2. The seventh successor of the title after him was elevated to the peerage, April the 8th., 1761, as Baron Grosvenor, of Eaton, in the County Palatine of Chester, and further advanced to the dignities of Viscount Belgrave and Earl Grosvenor July 5th,, 1784. He was great grandfather of the first Duke of Westminster.