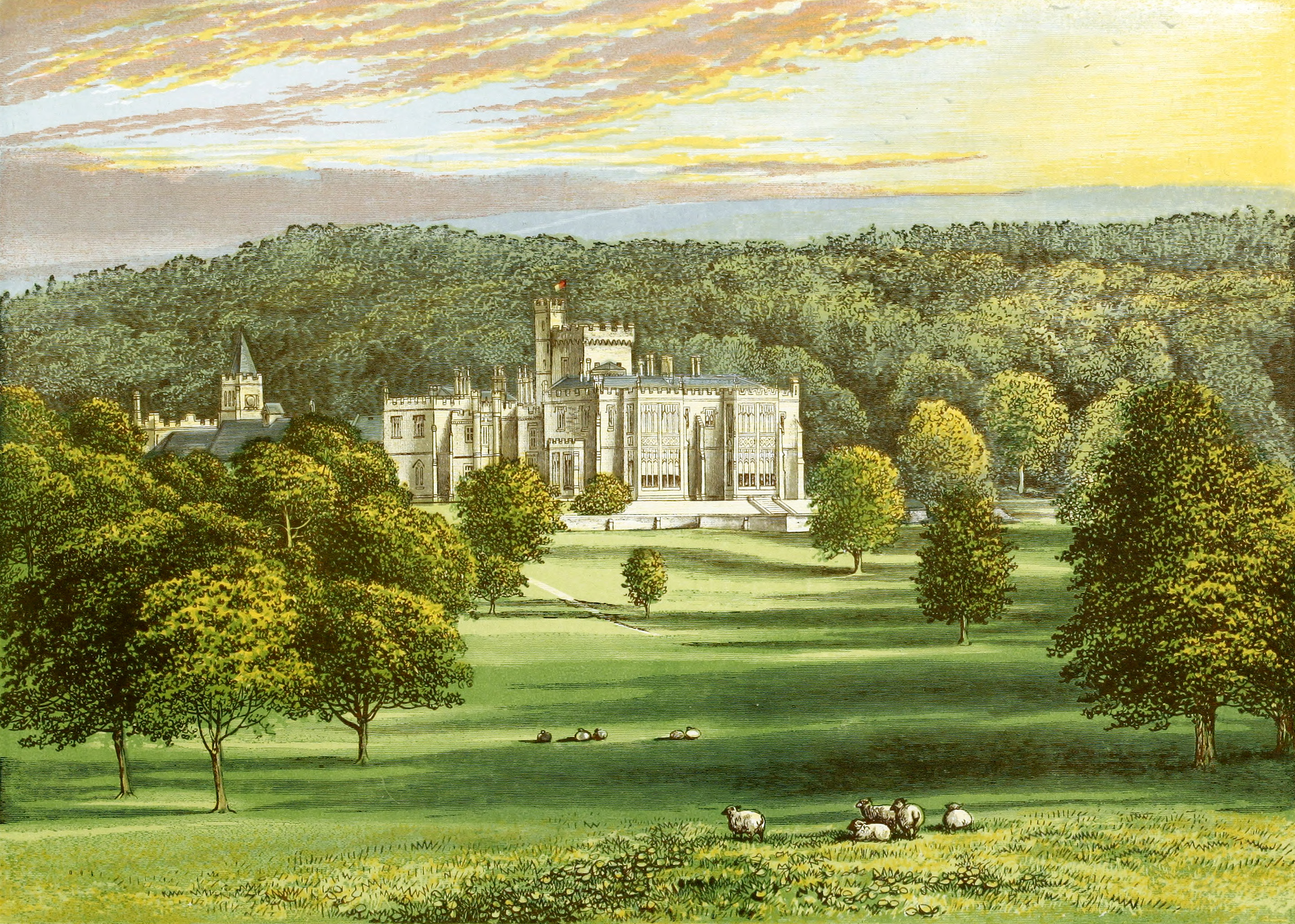 This mansion, which stands about ten miles north-east of Lancaster, contains a good collection of pictures.

The architecture is in the early Tudor style.

The family of Marton was originally seated at Marton Hall, in the West Riding of Yorkshire.

Shortly subsequent to the Conquest, Paganus de Marton was Lord of East and West Marton, which lordships, with others in Craven, were held by his descendants for several centuries.

Afterwards the Martens moved to the Forest of Bowland, and from thence to the estates they now hold in the above-named county.

Oliver Marton, born in 1668, first held the manor and estate of Capernwray.

The following is a connected account of the family descent, as given by Sir Bernard Barke in his history of the “Landed Gentry:”—

Christopher Marton, Lord of Marton, was father of

William Marton, had a successor of the same name,

Oliver Marton, born in 1688, D.L., Eecorder, Patron of the Vicarage of Lancaster, and Steward of Lonsdale, married, first, Grace, daughter of — Serle, who died without children, and secondly Jane, daughter of Roger Wilson, Esq., of Casterton, Westmore- land, and their eldest son,

Edward Marton, Esq., of Capernwray, D.L., M.P. for Lancaster, and Steward of Lonsdale, dying without issue, was followed by the fourth surviving son,

The Rev. Oliver Marton, LL.B., Patron and Vicar of Lancaster, married Priscilla Anne, daughter and heiress of Admiral Edwards, R.N., and had issue two sons, of whom the elder,

Oliver Marton, Esq., of Capernwray, was succeeded by his nephew,

George Marton, Esq., of Capernwray Hall and Berwick Hall, J.P., and D.L., M.P. for Lancaster, High Sheriff in 1858, and a Member of Her Majesty’s Privy Council, married, in November, 1833, Lucy Sarah, daughter of the Right Hon. Sir Robert Dallas, Lord Chief Justice of the Court of Common Pleas, and had, with other children,