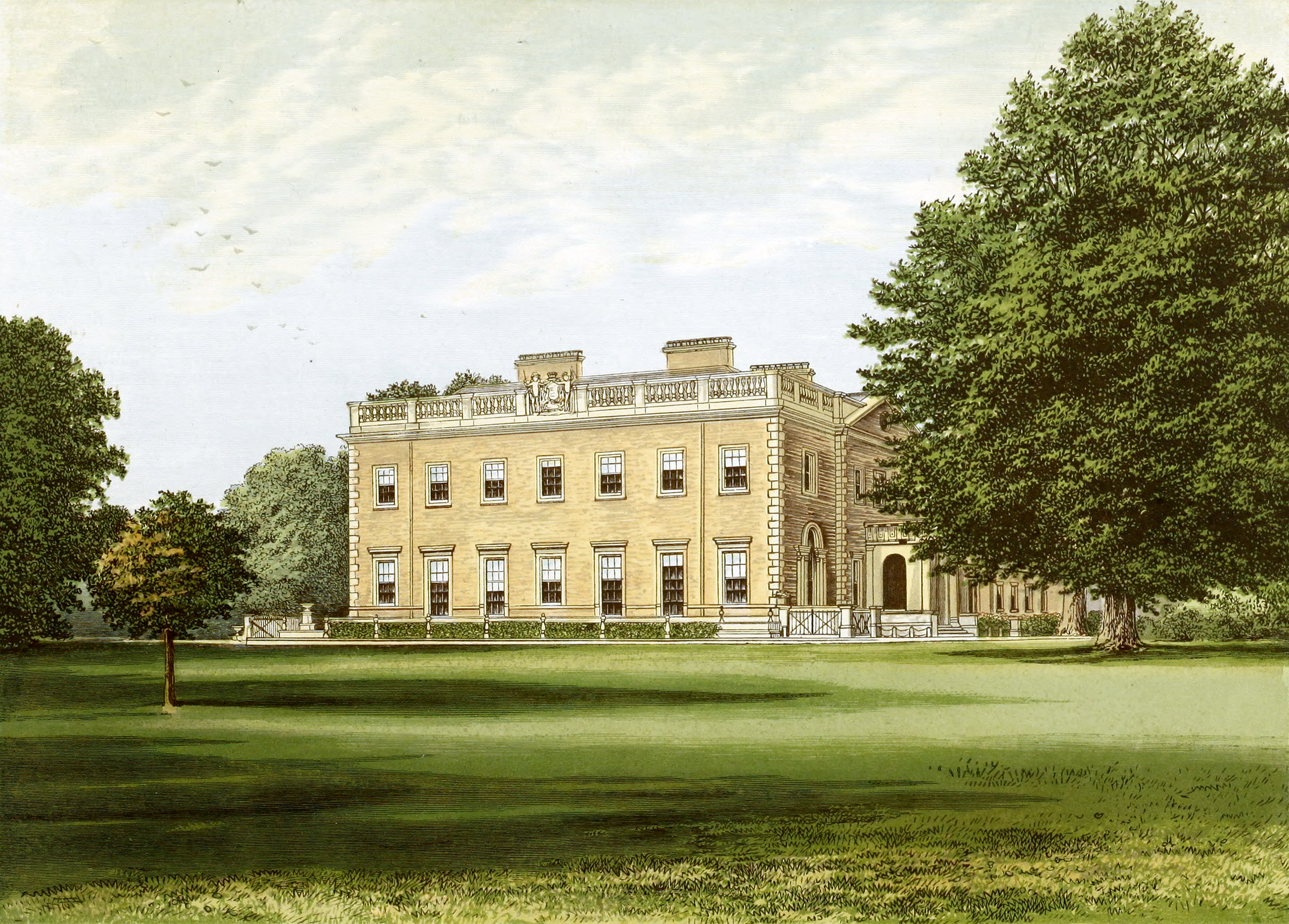 The parish of this name is supposed to have been thus called from some ancient proprietor of the name of Pepard or Pipard.

In Domesday Book it is denominated Piperherge, and stated to have been then held by Walter Fitz Other, Castellan of Windsor, and under him again by one Girard.

The manor of Peper Harow continued in his family till his great-grandson,

Walter de Windsor, who leaving no sons, the property was divided between his two daughters,

Gunnora, the wife of Ralph de Hesdeng. This was in the reign of King John, when the manor appears to have been alienated.

In the time of Henry the Third it was held by

William Branche, with whose wife, Joan, it remained till her re-marriage with Peter de Bosted, in the seventh year of the reign of Edward I. The estate appears to have been mortgaged, for it was recovered from the son of the above-named,

Henry de Gueldepord, by a writ of Novel Disseisin.

It was next possessed by the family of

Stockton or Stoughton, but again reverted to one of the family of the previous owner, for in the year 1354,

Andrew Branche died seized of the manor, after him, it came to

Thomas Branche, who died unmarried in 1361.

Sir Bernard Brocas was lord in the forty-third of Edward the Third, and Chamberlain to Anne of Bohemia, the first consort of Richard II, and Master of the Buck- hounds, an office hereditary in his family. He died in 1396, and was succeeded by his son,

Sir Bernard Brocas, who having engaged in a conspiracy against King Henry IV. together with the Dukes of Exeter and Surrey and the Earls of Salisbury and Gloucester, was arrested at Cirencester, and beheaded on Tower Hill in January, 1400, his estate being escheated to the crown; but his son,

William Brocas, had the forfeited estates restored to him, and they continued with his family till the time of his great grandson, also called

William Brocas, who died in 1506, leaving two daughters coheiresses, one of whom dying unmarried, her share of the property went to her sister, the wife of

Ralph Peckshall, Master of the Backhounds to Edward the Sixth, jure uxoris. His son and successor,

Sir Ralph Peckshall, died in 1571, leaving four daughters, by whom the property was sold to

Sir Walter Covert, whose heirs and devises, in the year 1655, joined in a sale of it to

Denzill Holles, afterwards Lord Holles, who had married the widow of Sir Walter Covert. He died in 1680, and on the decease of his grandson,

Denzill, Lord Holles, in 1694, the estate descended to

John, Earl of Clare, by whom, under authority of an act of parliament for the purpose, it was conveyed to

Philip Frowde, Esq., Postmaster-General in the reign of Queen Anne, and of him it was purchased, in the year 1713, by

Alan Brodrick, afterwards created Viscount Midleton, of the Kingdom of Ireland, and speaker of the Irish House of Commons. He was followed by

Alan Brodrick, second Viscount, one of the Commissioners of Customs, and M.P. for Midhurst. He married, in 1729, Mary, youngest daughter of Algernon, Earl of Essex, by whom he left, at his decease in 1747, an only son, his successor,

George Brodrick, third Viscount, who married. May 1st., 1752, Albinia, eldest daughter of the Hon. Thomas Townshead, and had, with other children

George Brodrick, fourth Viscount, who was created a Peer of the United Kingdom as Baron Brodrick, of Peper Harow, May 28th,, 1798. He married first, December 4th., 1776, Frances, daughter of Sir Thomas Pelham, first Earl of Chichester; and secondly, June 13th., 1797, Maria, daughter of Richard Benyon, Esq., of Gildea Hall, in Essex, and had, with five daughters, one son,

Charles Brodrick, sixth Viscount, born September 14th., 1791, who married. May 5th., 1825, Emma, third daughter of Thomas, twenty-second Lord Despencer, and having no son, but only daughters, was succeeded by his next brother.

, seventh Viscount, Dean of Exeter, and Chaplain to the Queen. Born July 8th., 1798. He married first, March 16th., 1824, Elizabeth Anne, eldest daughter of Robert, sixth Earl of Cardigan, widow of the Hon. John Perceval, but had no issue. He married, secondly, March 31st., 1829, his first cousin, Harriet, daughter of his uncle George, fourth Viscount, and had, with other children,