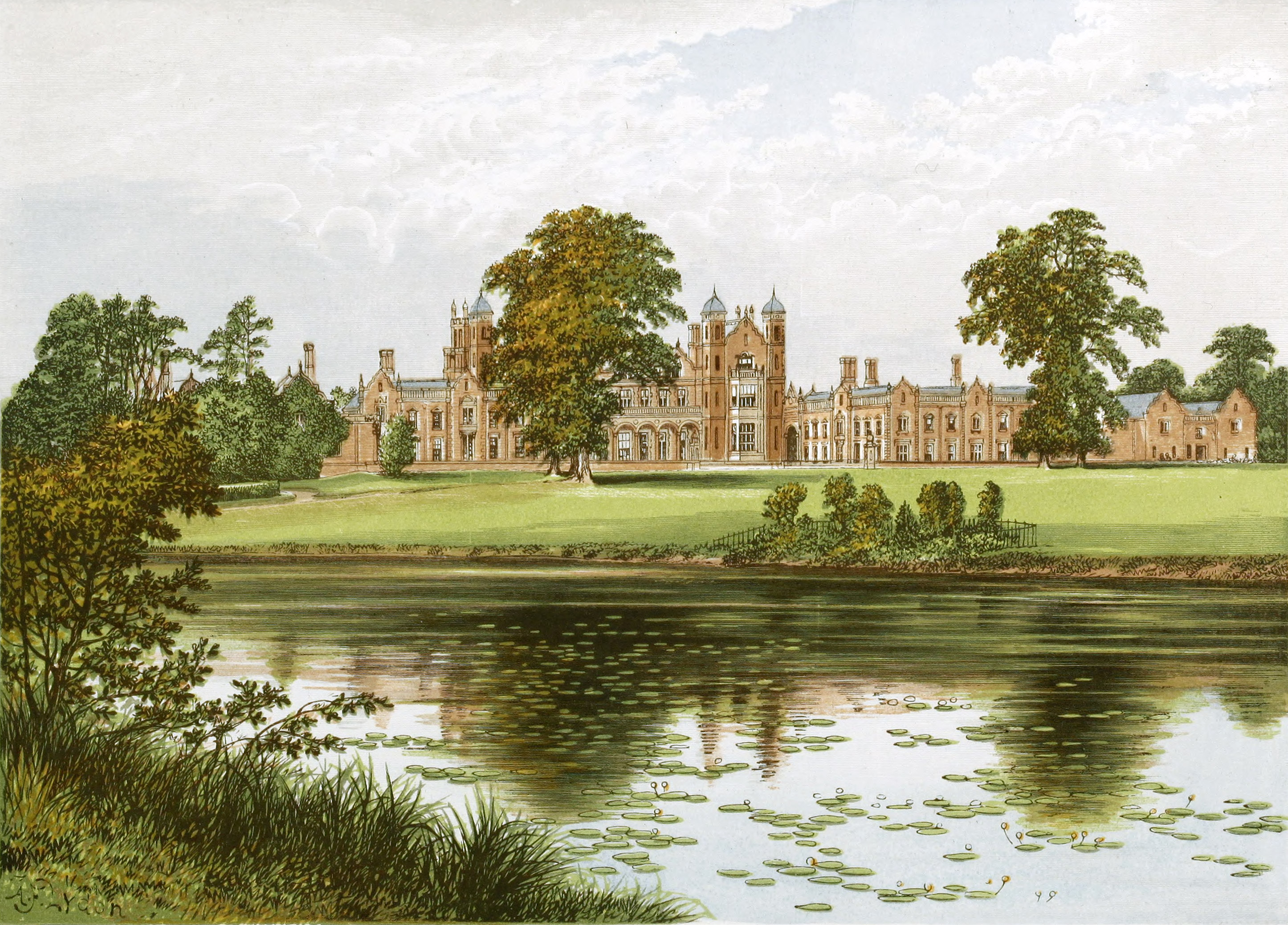 Capesthorne, the modern seat of the ancient family of Davenport, came into that family by marriage with the heiress of the Wards of Capesthorne, A.D. 1721.

The house, built about the same period, was restored and enlarged about 1837, and in 1861 the centre portion, since rebuilt very nearly on the original plan, was almost wholly destroyed by fire, together with some fine old furniture, panellings, and family portraits of interest.

Of the Davenport family, Ormerod says that its history is “of rare occurrence even in this county,” (i. e. Cheshire, described by Leland as the “seed plot of knightly families,” and the “mother and nurse of the gentility of England,”) “the descent of a family in one uninterrupted male line from the Norman Conquerors of the palatinate, possessing at the present day the feudal powers with which the local sovereigns of that palatinate invested it, and preserving in its own archives, in a series of original documents, the proofs of its ancient importance, and its unbroken descent.”

The ancient seat, described by Leland as “the first and best house of the Davenports at Davenport, a great house covered with lead on the banks of the Dane, near Congleton,” is now utterly destroyed, and on its site is built the present Davenport Hall, a modern house of moderate dimensions, which, together with what remained of the old estate, was alienated by Davies Davenport, the great grandfather of the present representative, Mr. Bromley Davenport, M.P. for North Warwickshire, and left to a daughter, who married Mr. Horton, of Catton, to whose family it still belongs.

The situation of Capesthorne is very picturesque, overlooking a chain of pools supplied from Reedsmere, a fine sheet of water above, on which is still to be seen the old Floating Island—about an acre in size, which, though now stationary, for many years formerly used to roam about the mere just as the wind, the trees growing on it acting as sails, dictated.

The Macclesfield Forest hills and “Cloud End” form an almost Scotch background, and the old thorn trees in the park are in spring an attraction to many sightseers.

The old feudal rights of this family were very important. The Grand Sergeancy of the Forests of Macclesfield, an hereditary ofiice still held by Mr. Davenport, con- ferred the power of life and death over a vast area “without delay and without appeal”—and at Capesthorne is preserved a long roll, (without date but very ancient,) containing the names of the master robbers taken and beheaded with their companions in the times of Vivian, Roger, and Thomas de Davenport.

There are many pictures of value and interest, especially tlie Giotto, the gem of the old Bromley collection of ancient Italian masters, a beautiful landscape by Velasquez, a view of Antwerp by Minderhout, etc., etc.

The library contains many books of extreme rarity and value, and is especially rich in old Italian literature.

The contents of the deed closets are of great antiquity, and of these and the manuscripts generally, some account is given in the Report of the Historical Commission published in 1871.

The first recorded ancestor of this family is Ormus or Orme (living temp. William the Conqueror), whose son Richard had Marton Manor in frank marriage with Amabilia, daughter of Gilbert Venables, in 1188, from which date to the present the said manor (adjoining Capesthorne) has never left the possession of the Davenports.