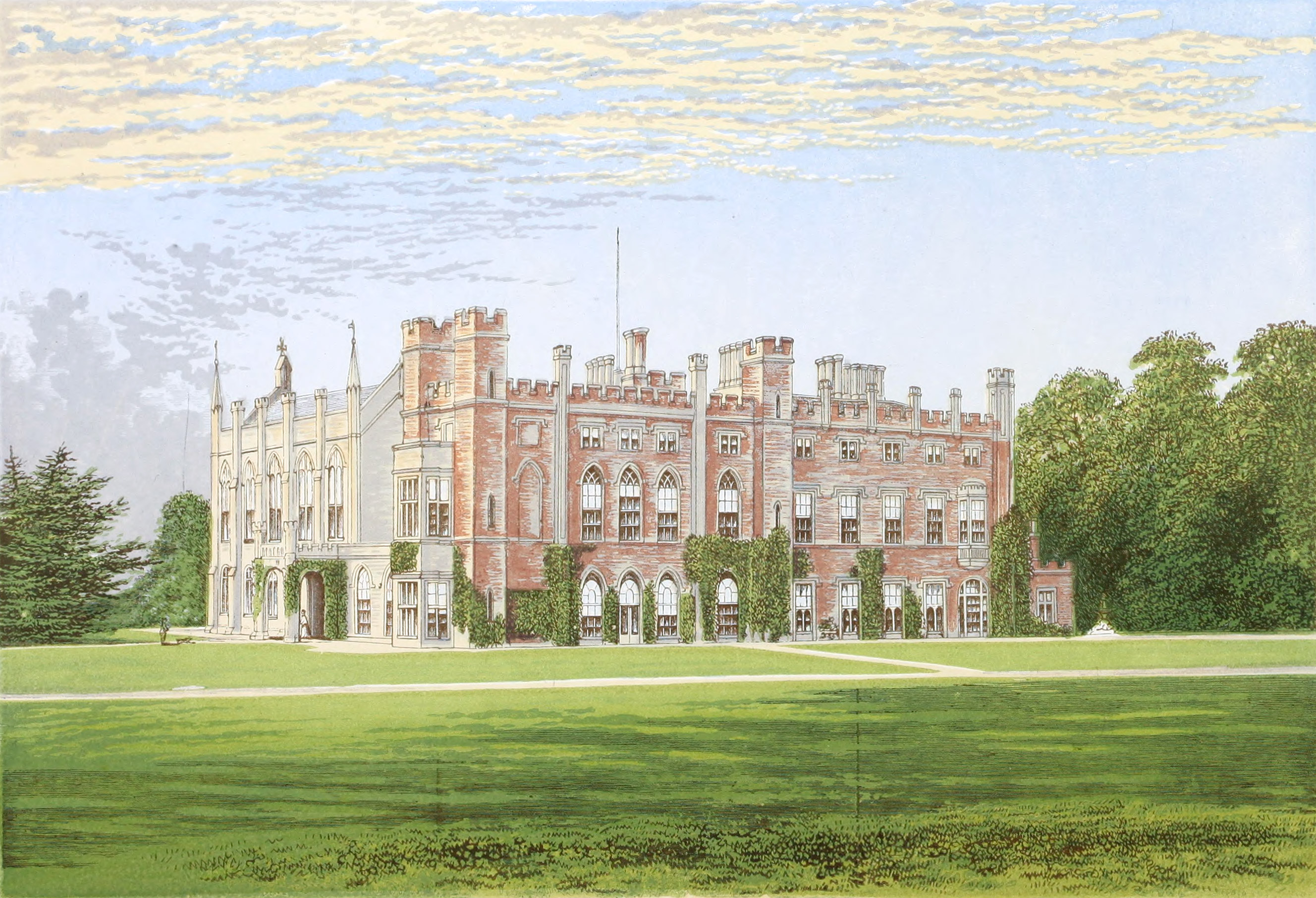 Near Watford, Hertfordshire.—Earl of Essex.

Offa, King of Mercia, was the first possessor of these lands of whom we read, and they were by him bestowed on the Abbey of St. Albans. On the demolition of the monasteries by King Henry the Eighth, that monarch granted the estate to

Richard Morrison, Esq., who was one of his trusted agents. His grandson, in the reign of Charles the First,

— Morrison, married Mary, second daughter of Lord Campden, and having no male heir, it became the property of their heiress,

Elizabeth Morrison, who married Arthur, Lord Capel, of Hadham, in the county of Hertford, ancestor of the Earls of Essex.

The family mansion of Cassiobury stands in an extensive and well-wooded park, through which the river Gade flows.

It has long been celebrated for its collection of paintings, both as portraits of illustrious characters, and also as exquisite works of art. In the former of these classes may be enumerated—Algernon, Earl of Northumberland; his daughter Elizabeth, wife and widow of the first Lord Capel; Lady Anne and Lord Percy, by Vandyke; the Earl and Countess of Clarendon, by Sir Peter Lely; Sir Charles Hanbury Williams; Charles I., by Vandyke; Charles II., by Sir Peter Lely; etc. Amongst the latter may be numbered a Virgin and Child, by Carlo Maratti; a Monk’s Head, by Carlo Dolce; Two Small Views, by Canaletti; a Sea Piece, by Vander Velde; a Landscape, by Gainsborough; a Landscape, by Wouvermann; etc.

The state bedroom is also noticeable for the Gobelin Tapestry in it, representing a Village Feast, copied from a painting by Teniers.

The Earls of Essex derive their descent from

John Capel, Esq., of Stoke Nayland, in Suffolk, father of

Sir William Capel, Knight, Alderman of London, and Lord Mayor in 1503. The successive descents after him have been,

Sir Giles Capel, next his brother,

Sir Edward Capel, then his son,

Arthur Capel, second Baron, created Viscount Malden and Earl of the County of Essex in 1661.