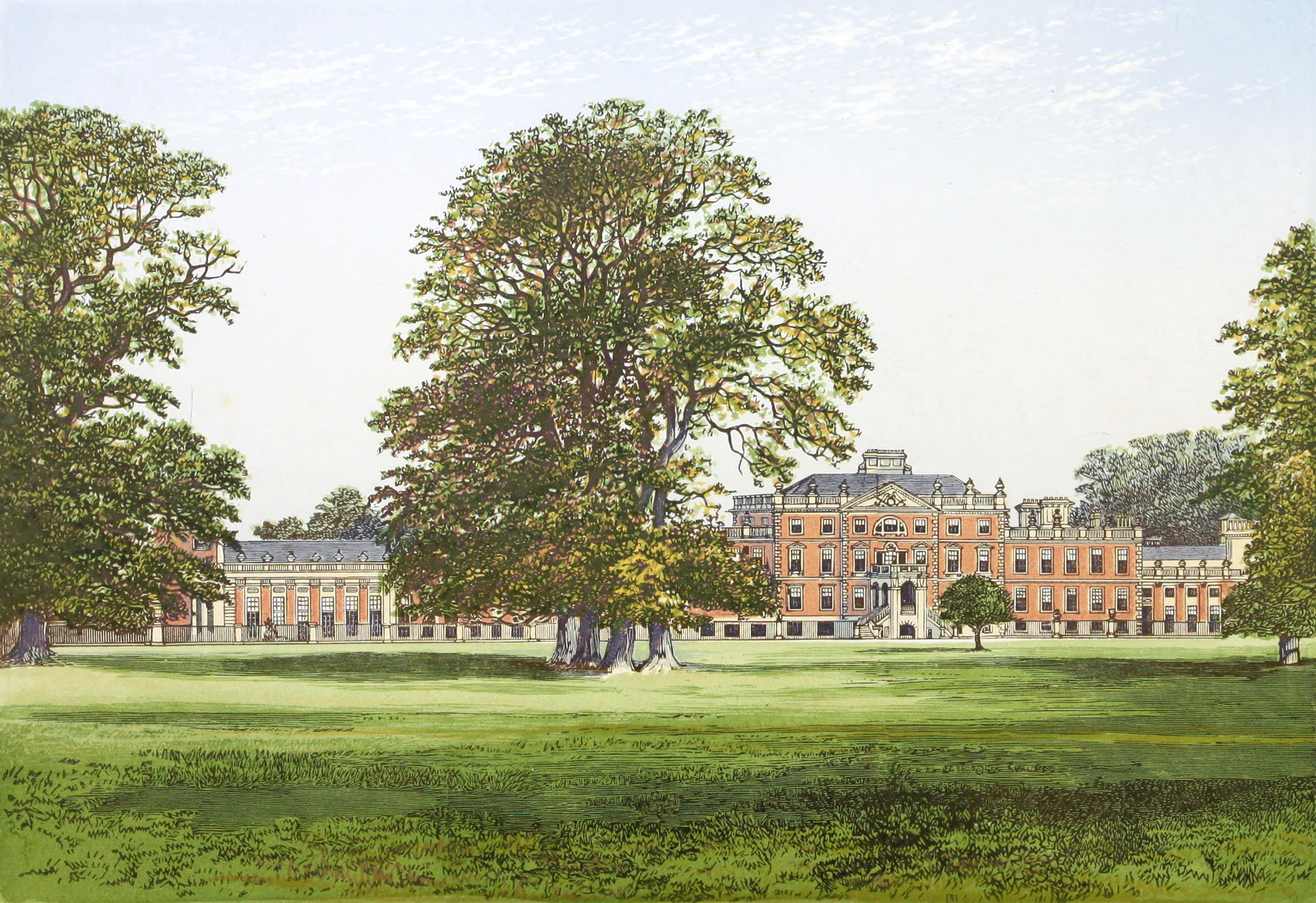 Near Royston, Cambridgeshire.—Earl of Hardwicke.

This has been described as the most splendid seat in the county of Cambridge.

It is a brick mansion of spacious extent, with two wide-spreading wings, the one on the eastern side being flanked by the outbuildings, and that on the west by a large greenhouse.

The entrance to the hall’ is by a double flight of steps, and the principal feature of the interior is a state drawing-room, obtained by throwing several rooms into one.

Like so many of the houses of the nobility and gentry of England, the present one contains a magnificent collection of paintings, many by the old and great masters.

There is also a very fine piece of mosaic in the dining-room, representing the temple of the Sybil, and so elaborately executed that at a little distance it could not be distinguished from a painting.

The library is also a room of large size, furnished with a valuable collection of books, and a series of portraits of the most celebrated authors.

There is a private chapel within the house, the walls of which are embellished with the figures of saints, etc.

Nature has not done much for Cambridgeshire in the way of scenery, but all that art can do to improve existing materials has been done, and fine timber and sheets of water make a pleasing landscape here as elsewhere.

There is an avenue, also, two miles and a half long, of majestic trees.

The village church is situated close to the east end of the house. It was rebuilt by Lord Chancellor Hardwicke, in the year 1742, and contains some fine painted windows.

In the Chicheley Chapel, or monument room, adjoining this, are several elegant monuments.

The family of Lord Hardwicke is derived from

Simon Yorke, of Dover, Merchant, who died in 1G82. The descents since have been as follows:—His son,

Philip Yorke, a solicitor of respectability at Dover.

Philip Yorke, an eminent barrister, Solicitor-general in 1720, Attorney-general in 1724, Lord Chief Justice of England in 1733, and created Baron Hardwicke of Hardwicke, in the month of November of the same year. He was constituted Lord High Chancellor of England 1736, and further raised in the Peerage in 1754 to the Viscountcy of Royston and Earldom of Hardwicke. After him came his son,