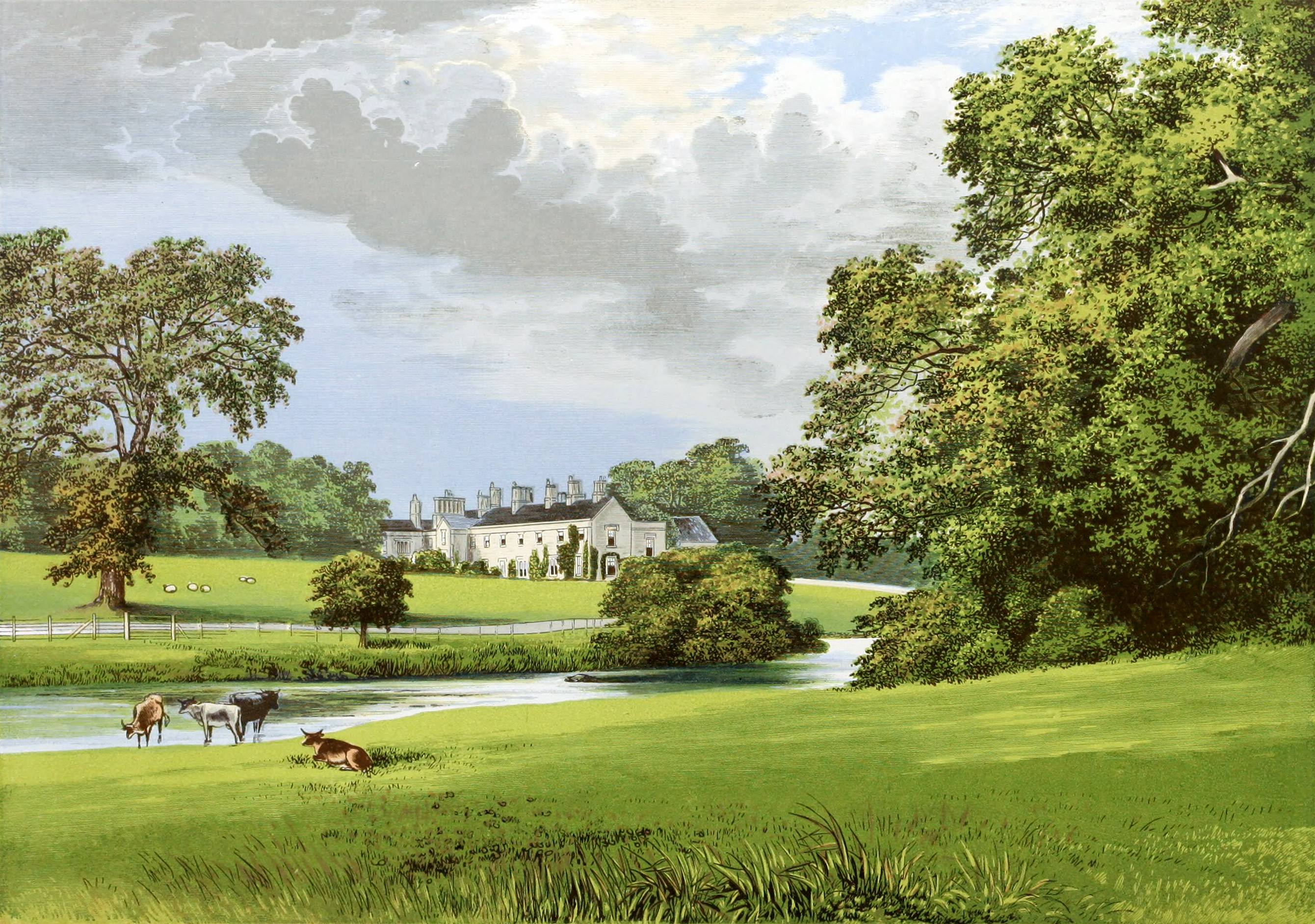 Castle Macgarrett, which in English meaus Castle Fitzgerald, was the property of the Fitzgeralds or Preudergasts (as they were variously called), Lords of the Barony of Claremorris, and came into the Browne family by the marriage, in 1564, of Dominick Browne, Esq., of Carra Browne Castle, County of Galway, to Mary, daughter and heiress of Maurice Prendergast, Esq.

In 1694, Geoffrey Browne, Esq. left the old Castle, which was getting unsafe to live in, and built a house iu another part of the place, where the family resided till it was burnt in 1811.

The place, which contains two thousand acres of park, is beautifully timbered, and has besides several hundred acres of wood. Some years ago avenues of trees ex- tended for more than two miles on various sides of the house, and though some of the trees have fallen, many of the finest still remain. A Latin ode, written three hundred years ago, mentions the beauty of the trees at Castle Macgarrett. The river Robe runs through the place, besides several smaller streams. There are more than twenty old Danish forts in different parts of the grounds, with subterranean works. The old castle, deserted in 1694, is now a picturesque ruin covered with ivy.

Some of the property has been in Lord Oranmore and Browne’s family for more than six hundred years.

Sir David Le Brun, or Browne, had large estates granted to him in Leinster and Connaught after the battle of Athenry in 1316, and of Dundalk in 1318. He, with his son,

Aymer Browne, built the Castle of Carra Browne, in Oranmore, near Galway. Seventh after him,

Dominick Browne, married, about the year 1565, Mary, daughter and heiress of Maurice Prendergast, Esq., of Castle Macgarrett, Mayo. Next but one after him,

Sir Dominick Browne, was knighted by Lord Wentworth, afterwards Earl of Strafford, in 1620. His son,

Geoffrey Browne, was one of the envoys from the Confederates to Queen Henrietta in 1647, and to the Duke of Lorraine in 1650. He was much pillaged by Cromwell, the cause of his removing to Castle Macgarrett. He was succeeded by his son,

Dominick Browne, Esq., of Castle Macgarrett, who was a Colonel in King James’s service at the battle of Aughrim, and married, in 1754, Henrietta, daughter of Sir Henry Lynch, Bart. He had

Dominick Geoffrey Browne, Esq., a Governor of Mayo, born in 1755, who married, in 1785, Margaret, daughter and heiress of the Honourable George Browne, fourth son of the first Earl of Altamont, and Lad, with other children,—he died in 1826,—

Geoffrey Dominick Augustus Frederick Guthrie, second Baron Oranmore, a Representative Peer of Ireland, born in 1819, married, December 30th., 1859, Christina, only surviving child and heiress of Alexander Guthrie, Esq., of the Mount, Ayrshire, and assumed the latter surname of Guthrie ouly on succeeding to that estate by entail, and had, with two daughters, a son,

Read more at The Irish Aesthete »