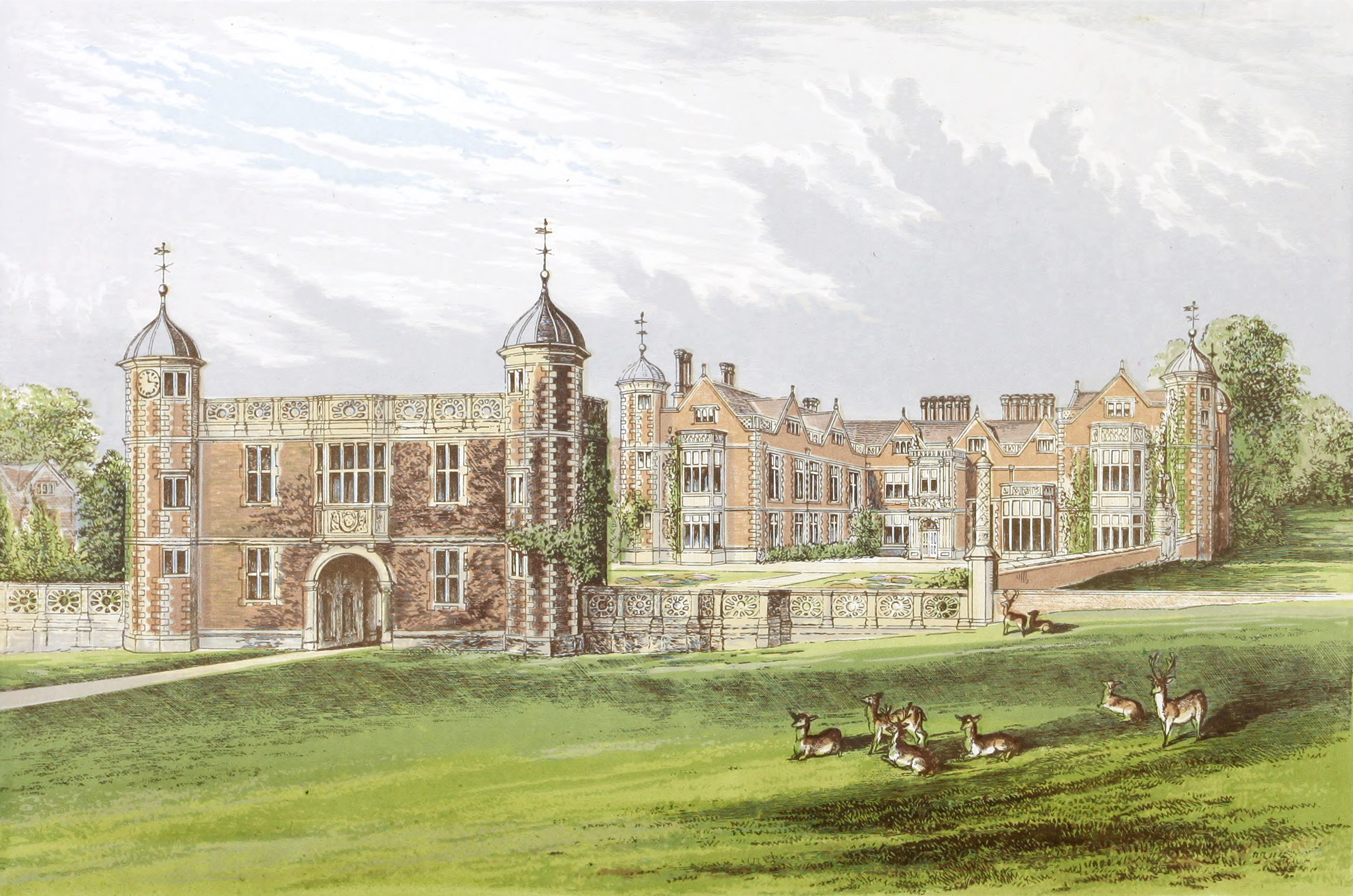 Not to know Charlecote “argues one’s self unknown,’ for it is to confess to ignorance of “Justice Shallow,” and therefore of Shakespeare himself.

Falstaff. You have here a goodly house and a rich.

The knight’s opinion, rather than the disparaging one of the owner, will be that of every one who can appreciate the beauty of an old English mansion.

On the banks of the winding Avon, about four miles from the native place of the great poet, stands Charlecote Hall, the ancient seat of the Lucy family.

Saxi. It subsequently was held by the

Earl of Mellent, from whom it passed to his brother,

Henry de Newburgh, Earl of Warwick, who enfeoffed with it

Henry de Montfort, bestowed it on

Walter, son of Thurstane de Charlecote, or Cherlcote, (a son probably of De Montfort,) who by his wife Cicely had a son

William de Charlecote, who changed his name to

Lucy, in consequence, as is supposed by Sir William Dugdale, of his mother having been a Norman heiress of that name. He was one the bold Barons who took up arms against King John, and was in consequence deprived of his lands, which were, however, subsequently restored to him in the first year of the reign of the succeeding monarch.

A long line of knightly descendants followed him, and in the Wars of the Roses the then head of the family took the side of the House of York, and his great grandson,

Sir Thomas Lucy, of Charlecote, who lived under King Edward the Sixth and Queen Elizabeth, rebuilt the manor house, as it now stands in all its main features, in the first year of the reign of the latter. He was Member of Parliament for Warwickshire, and a Justice of the Peace—the “Justice Shallow” of the “Merry Wives of Windsor.”

After a farther succession of heads of the family, this long-descended line ended in

George Lucy, Esq., High Sheriff of Warwickshire in 1769, who died in 1786, when the “Historic Lands” of Charlecote passed to

The Rev. John Hammond, who assumed by sign manual, in 1787, the surname and arms of Lucy.