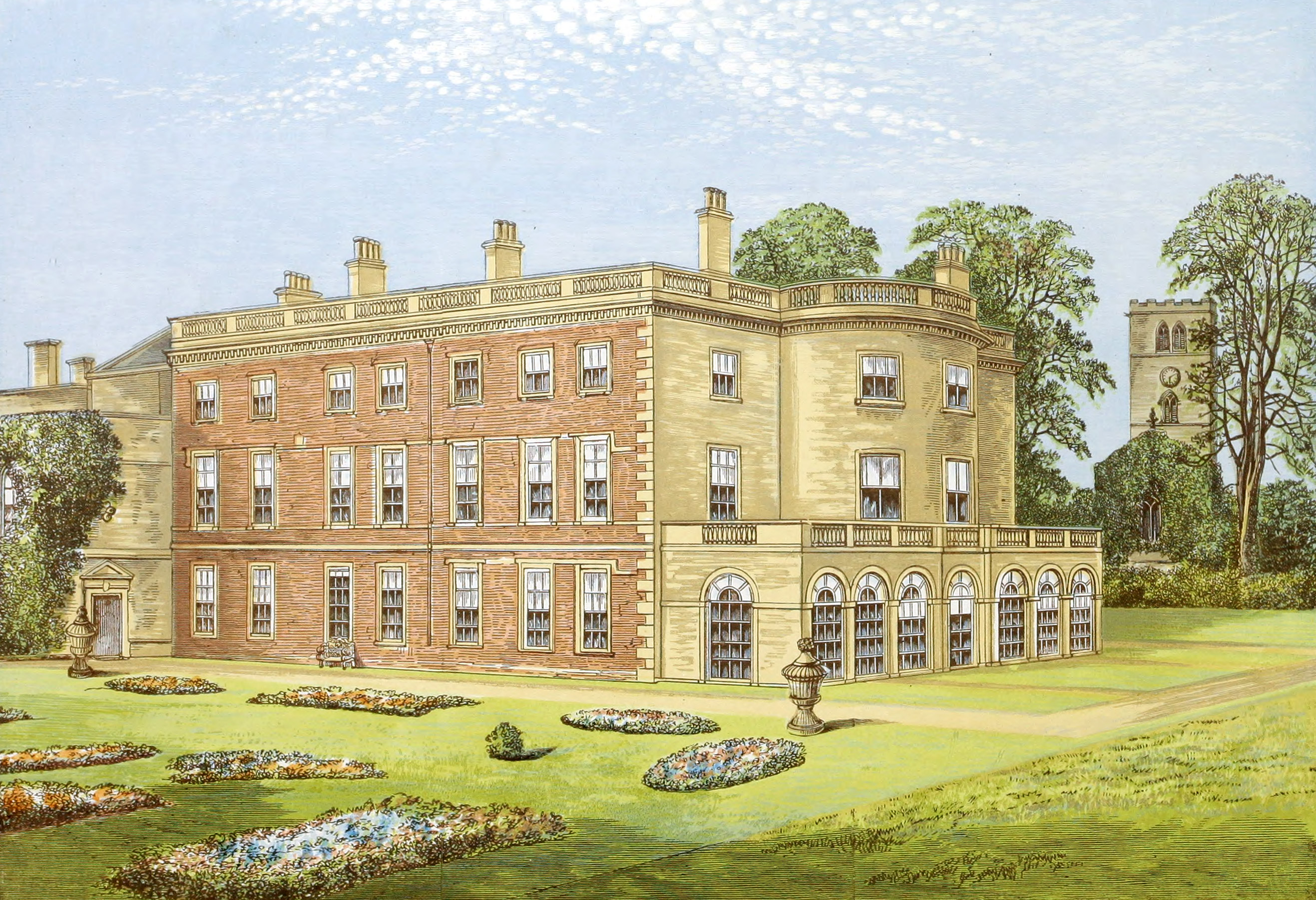 Clifton Hall stands on a rocky eminence by the side of the “Silver Trent,” which gently meanders beneath, and the grounds are adorned with extensive plantations.

The road to the house from Nottingham is through an avenue of fine trees a mile in length.

Here, according to tradition, the “Clifton Beauty” was hurled down the precipice by her lover, into the river below; and such a legend has, as might readily be supposed, since made the spot attractive to those who have been disposed to go there on a similar errand; I do not mean for the tragical issue.

The present mansion was more than twelve years in re-building.

There is a charming terrace in the gardens, commanding some most delightful views of home scenery.

The cliff on which the house stands is of alabaster, curiously inlaid in many places with a beautiful spar, which glitters brightly in the sunshine, in contrast to the dark marl with which it is commingled.

The name of this ancient family is derived from Cliffe-ton, or Clifton, a small hamlet on a cliff or eminence about two miles from the town of Nottingham, which in the reign of Edward the First was the property of

John de Soleni, and was purchased from him by

Sir Gervase de Clifton, Knight, Sheriff of Nottinghamshire and Derbyshire in 1279 and the six following years. In 1286 he was appointed High Sheriff of Yorkshire, which post he also filled for six years. His descendant was

Sir John Clifton, M.P. for Nottingham in 1403, who married Catherine, daughter of Sir John de Cressy, of Hodsack, and sister and co-heiress of Sir Hugh de Cressy, and was slain at the battle of Shrewsbury, fighting for the king. His lineal successor,

Robert Clifton, a gentleman of martial character, who lived in no fewer than four reigns, those namely of Henry the Eighth, Edward the Sixth, Mary, and Elizabeth, was great-grandfather of

Sir Robert Juckes Clifton, who succeeded as ninth Baronet in 1852.