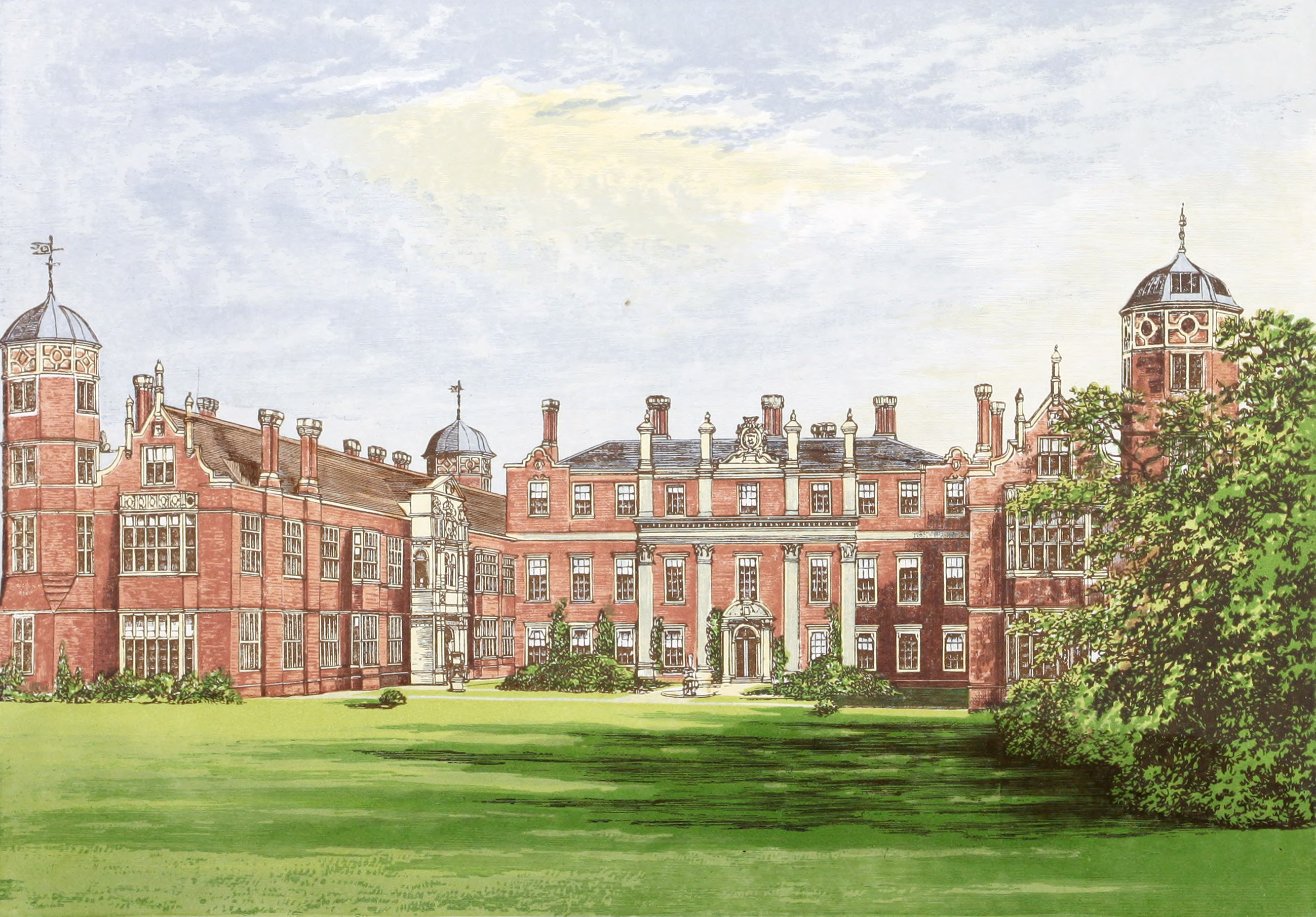 Near Gravesend, Kent.—Earl of Darnley.

Cobeham, a very pleasant spot in Kent, gave its name to the head of a family which possessed it in the reign of King John, namely,

Henry de Cobham, to whom it was assigned by William Quatre-Mere, a Norman soldier, in the first year of the above-named monarch’s reign.

His line ended in the person of

John, third Lord Cobham, a gallant warrior in the reign of King Edward the First, who also earned more peaceful distinction by founding Cobham College. He died in 1367. His daughter,

Joan de la Pole, endowed with the great inheritance of her grandfather, was married no less than five times, namely, in succession to

By the four first she had children, all of whom however died young, excepting only the youngest (by Sir Reginald Braybrooke,) namely,

Joan Braybrooke, who became the heiress, and married

Sir Thomas Brooke, of Brooke, in the county of Somerset, a knight of good landed estate. Of their fourteen children, ten sons and four daughters, the eldest son, John (Brooke) Lord Cobham, a distinguished soldier under Edward the Fourth, was great grandfather of

William (Brooke) Lord Cobham, K.G., Warden of the Cinque Ports, Ambassador to the Low Countries, Lord Chamberlain, and Governor of Dover Castle, who entertained Queen Elizabeth in one of her well-known “progresses” through Kent. He died in 1596, having left money for the building and endowment of a new College on the site of the one founded by his ancestor in the year 1362. His eldest son,

Henry (Brooke) Lord Cobham, succeeded his father as Lord Warden of the Cinque Ports, but having joined with his brother George Brooke in the alleged treason of Sir Walter Raleigh, was condemned with the former to death. His brother, however, alone was executed, he having escaped by an ignominious confession, which, though it saved his own inglorious life, was the ruin of Raleigh. The only excuse that can be made for him is that he was a person of weak and almost imbecile mind— a mere tool inthehandsofmorewilyconspirators. Uponhisattainder,hispossessionswere granted to the crown by Act of Parliament, and James the First gave the estate of Cobham Hall to

Ludovick Stuart, Duke of Lennox, who, though he was thrice married, left no children, and was succeeded by his brother,

Esme Stuart, Lord Aubigny, who had married Catherine, daughter and heiress of Gervas, Lord Clifton, and died within a year after succeeding to the estate, leaving a son,

James, Duke of Lennox and Richmond, K.G., who died in France when only ten years old, when his titles and estates devolved on his cousin-german,

Charles Stuart, Earl of Lichfield, K.G., Ambassador to the Court of Denmark, who died there in 1672. His sister and heiress was

Lady Katherine Stuart, who afterwards became Baroness Clifton, in right of her grandfather. She was married twice, first to Lord Henry 0’Brien, of the princely House of Thomond, and secondly to Sir Joseph Williamson, one of the principal Secretaries of State. The latter purchased the Manor of Cobham of the Duke of Lennox and Eichmond. He died in 1701, and left two thirds of his estates to his widow. At her death, 1702, she left Cobham to her daughter, Catherine O’Brien, Lady Cornbury, for life, with remainder to her son, Edward Hyde. Lady Cornbury died 1706. The estates passed to

Edward Lord Cornbury, only son of Edward Hyde, Earl of Clarendon, by the daughter of Lord Henry 0’ Brien, named above, and at his demise in 1713, passed to his sister,

Lady Theodosia Hyde, who in the same year wedded

John Bligh, Esq., M.P., afterwards created Earl of Darnley. The remaining third of the estate, after prolonged lawsuits, which in the end were compromised, became vested in the Bligh family.

The park and grounds of Cobham are extensive and well wooded, and several huge and ancient oaks and chesnuts, are conspicuous for their size and girth, one of the latter especially, known by the name of the “four sisters,” measures more than thirty feet in circumference, and has been described and figured in Mr. Strutt’s work. One avenue leading from the village consists of a quadruple row of lofty lime trees, and is a fine example of the old-fashioned plan.

The mansion itself is described as a splendid specimen of the Tudor style of archi tecture. The last Duke of Richmond and Lennox added a centre to the ancient building.

The then Lord Cobham restored and enlarged Cobham Hall. He entertained Queen Elizabeth there in 1559, the year after he succeeded his father.

The fourth Lord Darnley also spared neither expense nor time in restoring and improving the whole place.

The family of Lord Darnley descends from William Bligh, of Plymouth, living about the year 1600.