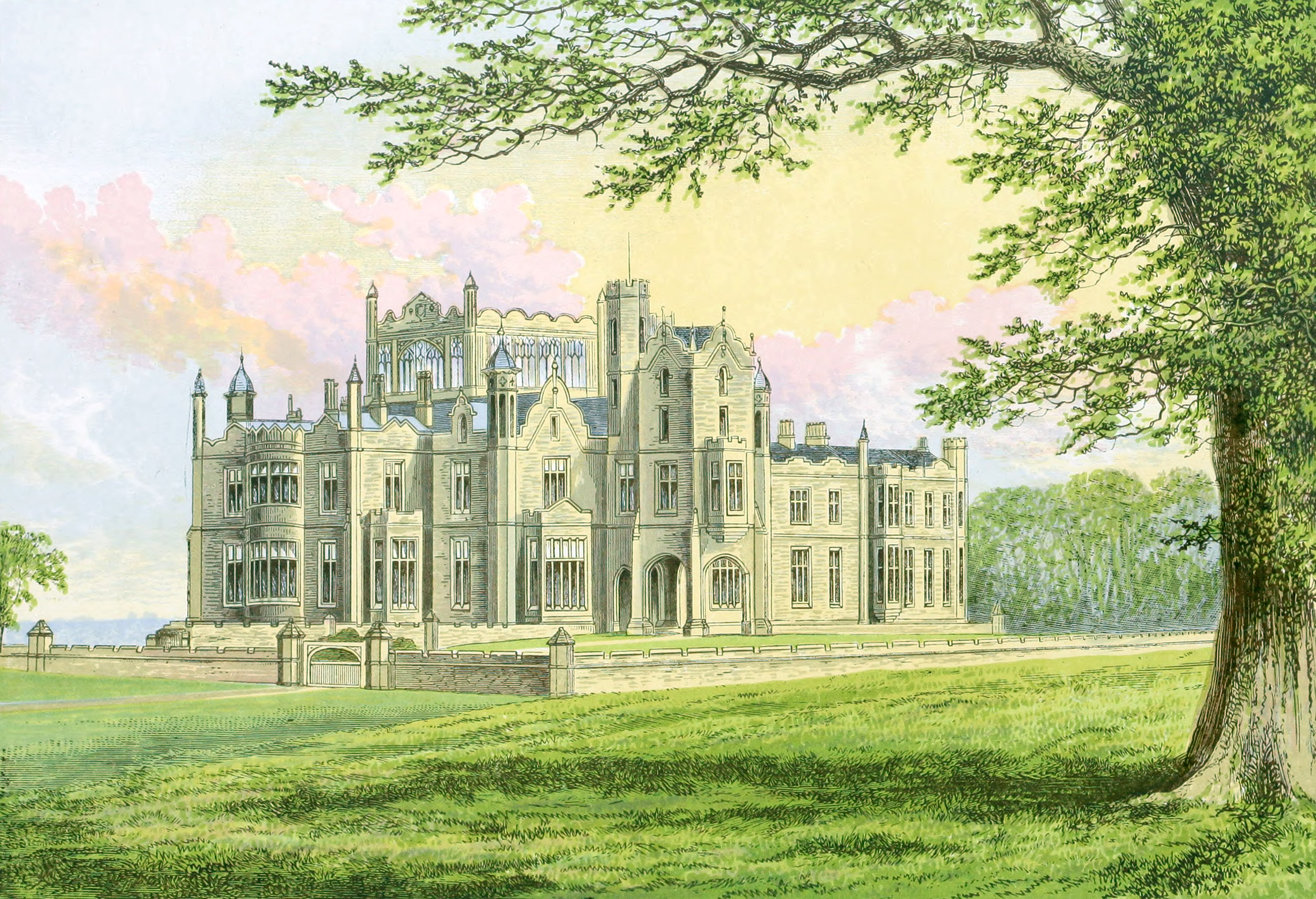 Stourton is situated in the parish, of Allerton Mauleverer, between four and five miles to the east of Knaresborough, in the West Riding of the county of York.

Together with the hamlets of Clareton and Hopperton, the parish consists of about two thousand three hundred acres of land, mostly the property of Lord Stourton, the Lord of the Manor.

The park itself consists of about five hundred acres. It is described by Bigland, in his “Beauties of England and Wales,” as “charmingly picturesque, presenting a great variety of hills, dales, and groves, delightfully interspersed, and a beautiful lake contributes to ornament the scenery. On a lofty eminence, finely shaded with trees, is an octagonal tower, consisting of two rooms, the first thirty-six feet by twenty, the second twenty feet by fifteen. The entrance is by a double flight of steps, both of which, as well as the terrace round the building, are secured by iron palisades. From this commanding situation are seen to the greatest advantage the variegated landscapes of the park, together with extensive views of the surroundingcountry.”

The house is a handsome stone building, in the Modern Tudor style of architecture.

In ancient times the estate belonged to the family of

Macleverer. It next came into that of

Lord Galway, by whom it was sold to

His Royal Highness The Duke of York, who again sold it in the year 1789 to Colonel Thornton, who gave the house the name of Thornville Royal. It was finally sold in the year 1805, namely, the mansion, park, and estate, for the sum of £163,800, to

Here was formerly a Benedictine Priory, founded by one Richard Maulcverer in the reign of Henry the Second. It was bestowed at the dissolution of the monasteries on King’s College, Cambridge.

The family of Lord Stourton arose from the town of Stourton, in Wiltshire, and flourished in that county before the Conquest, for it appears that one of those who most resolutely opposed the French invaders was

Botolph Stourton, who broke down the sea-wall of the Severn, and disputed ever inch of ground, compelling the Duke to grant him his own terms, having entered Glastonbury when William made his appearance in the west.

From this gallant Briton descended

John de Stourton, was succeeded by his son,

Sir John Stourton, was a distinguished soldier and statesman in the reign of King Henry the Sixth, by whom he was raised to the peerage, May 26th., 1448, as

Baron Stourton, of Stourton, in the county of Wilts., ancestor of the family before us.