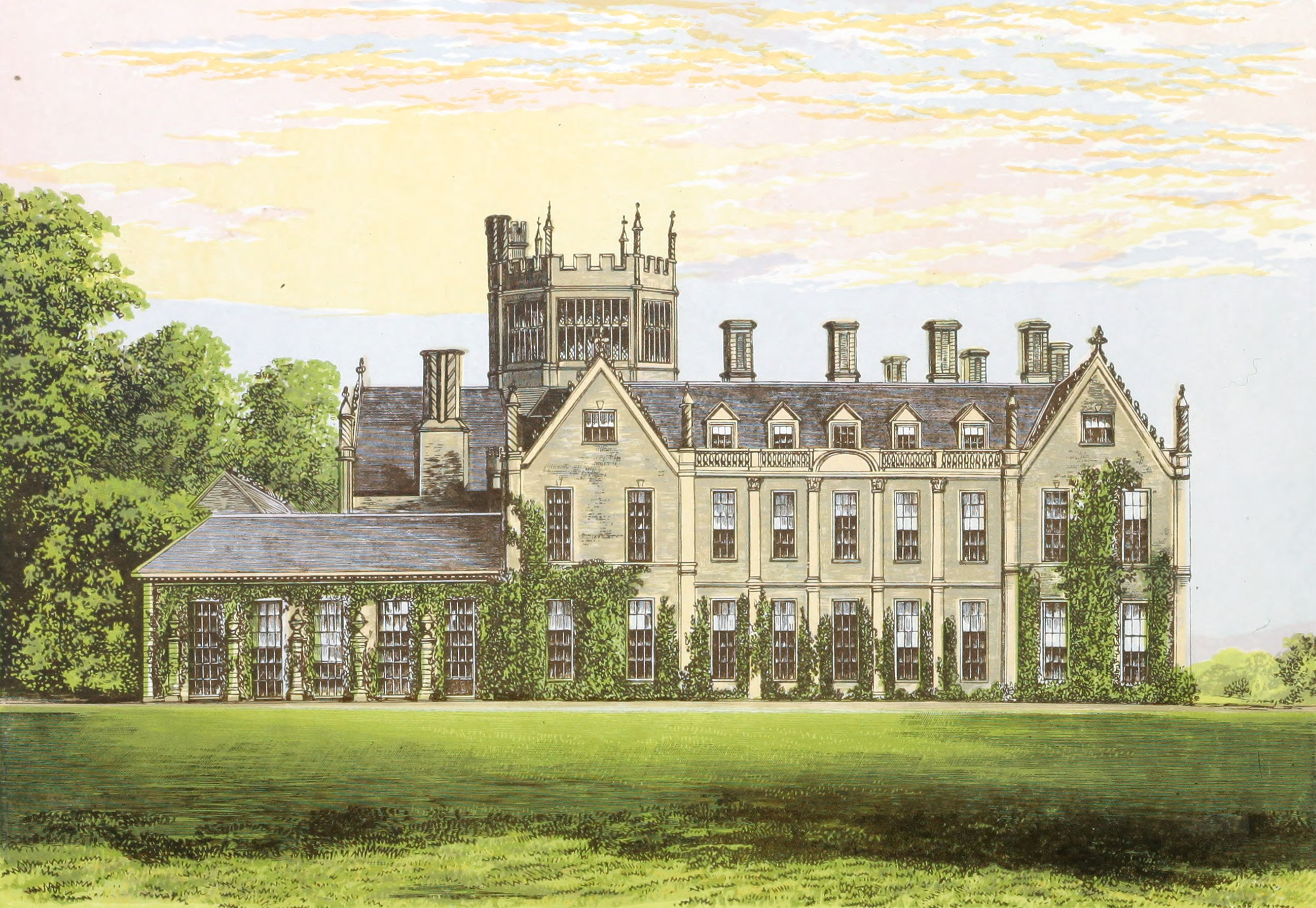 Near Dorchester, Dorsetshire.—Earl of Ilchester.

This ancient seat was originally the possession of the family of

Sampford, who were Lords of the Manor. It afterwards belonged to the house of Maltravers, then to that of

Stafford, and next to the family of

Strangways, from whom it passed by marriage to that of

Here was in the olden time an ancient pile, and it is recorded by Leland that

Sir Giles Strangways “avaunced the inner part of the house with a lofty and fresche tower.’” For this work he is stated to have brought three thousand loads of stone from the Hampden quarry, nine miles distant.

The present house, which is one hundred feet square, stands upon a gentle eminence, and occupies three sides of a quadrangle, respectively fronting east, north, and south. Of these, that which fronts the east is the principal, and each is adorned with pilasters of the Corinthian order. The path leading to the entrance is conducted over a stone bridge of ten arches, that spans a fine sheet of water on the north side of the mansion.

There are many valuable portraits at Melbury, and also various ancient relics, among them being a letter written by Oliver Cromwell, which runs as follows:—

I desire you to be with all my troopes, and Collonel Hines his troopes alsoe at Wilton at a Rendevous by break of day tomorrow morning, for we heare the enemy has a designe upon our quarters tomorrow morning.

“Sr. I am
Yr Cozen and Servant
Oliver Cromwell.

The scenery around is thus described by Hutchins:—”The ground,” he says, “around the mansion is diversified by nature in beautiful irregularity of hill and dale, of verdant pastures and venerable woods. Various trees, of great size and beauty, present themselves in every point of view. The oak and the elm distinguish themselves above the rest; of the former there is one whose circumference exceeds thirty-two feet. At a pleasing distance from the south front the canal extends itself into the shape and size of a majestic river, whose opposite bank is clothed with a numerous assemblage of lofty forest trees. These cover the base of a hill, whose summit rises over their tops, and extends in a delightful terrace to the east and west. Hence the eye traverses an immeasurable tract of country. On the east the bold prominence of Bub Down presents the first object, and at the distance of almost thirty miles in the same line, the entrenchments of Humbledon Hill and the town of Shaftesbury are distinctly seen. Proceeding northwards, Bradley Knoll, Alfred’s Tower, Wells Cathedral, the Mendip range of hills, the wonderful chasm at Cheddar Cliffs, and other remarkable objects rise to view. On the north-west are the Quantock Hills; and to the west the eye catches the appearance of a forest, stretching to an immeasurable distance, whose utmost boundaries reach the clouds.”

The family of Lord Ilchester descends from Sir Stephen Fox, a gallant and loyal cavalier living in the reign of King Charles the Second.