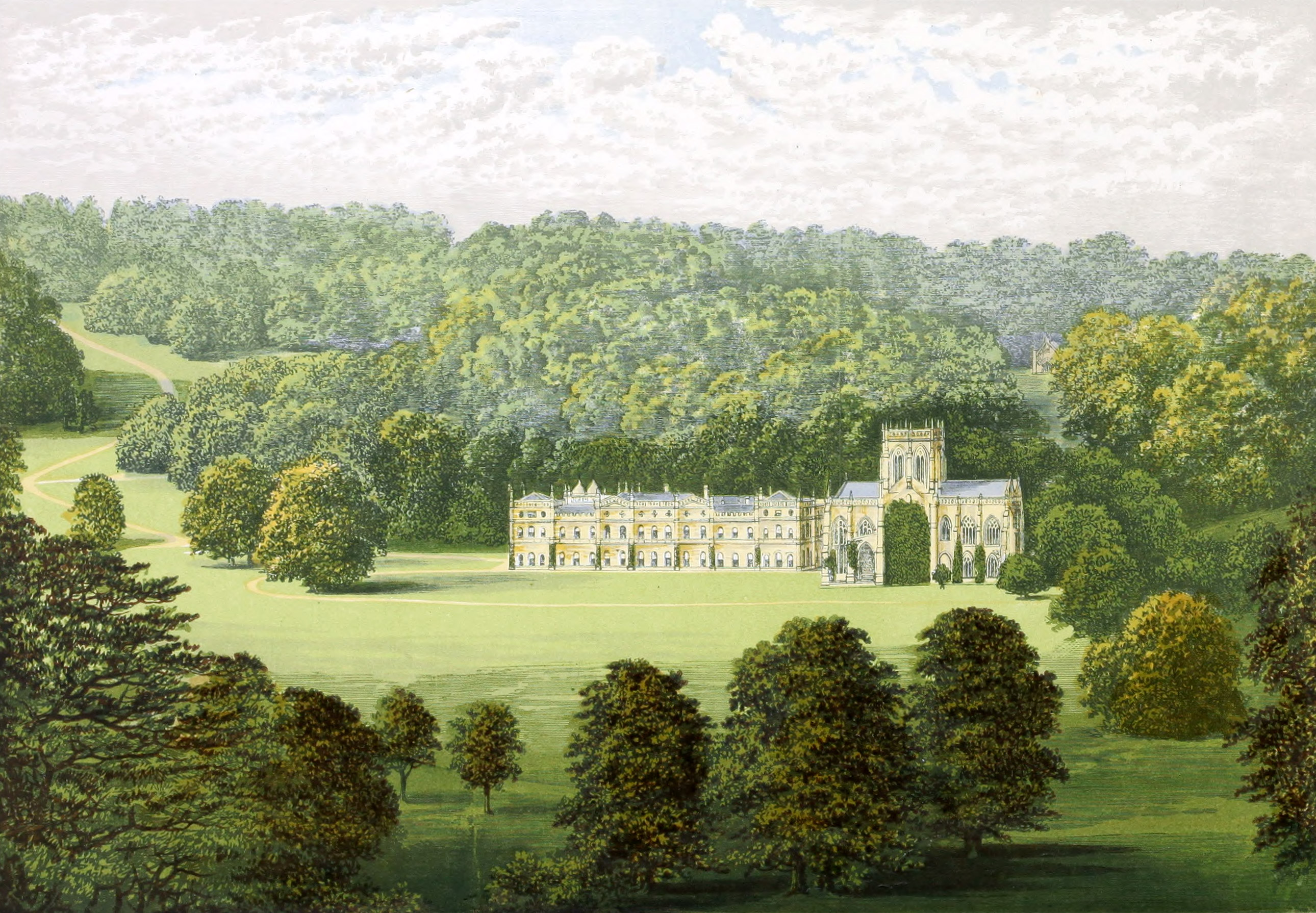 “Non cuivis adire” so sweet a spot as that in which Milton Abbey is situated, standing as it does in a sequestered valley, or rather where three valleys meet, on a gracefully undulated lawn, surrounded by hills on every side, themselves adorned with woods to their top.

Milton, or Middleton, of which the former name is a contraction, lies in the very centre of the county of Dorset; the middle town of the shire.

According to the Domesday Book the manor of Middleton belonged, at the time of the Conquest, to an abbey thus designated, which had been founded by the Saxon King Athelstane.

The Conqueror seized all church lands held in frank almoigne, and then granted them by knights’ service in chief, so as thus to insure the submission and fealty of his vassals.

In the reign of Henry the Eighth, when the monasteries were dissolved, Milton Abbas, as the demesne was then called, in common with many other abbey lands in the county, as for instance Cerne Abbas—a contraction, I should suppose, of the word Abbacy—was granted to

John Tregonwell, Esq., in consideration of the sum of £1,000, and the relinquish- ment of a pension of £40 a year, to be held in chief by knight’s service, as the tenth part of a knight’s fee. To him succeeded his son

— Tregonwell, who compounded for his estate by a fine of £3,735, deserting the Parliament, and residing in the king’s quarters.

The last of the family,

Francis Luttrell, Esq., and secondly, after his decease,

Sir Jacob Bancks, a native of Sweden, who dying in 1724 left it to his son, Jacob Bancks, Esq., at whose death, in 1737, without a will, the possession of the

property was contested by several parties, the principal of whom was Mr. Tregonwell, who claimed as heir to Mr. Bancks on his mother’s side, and Mr. Strachan, who claimed in like manner on the father’s side. The affair was ultimately compromised, and the estate remained in the possession of

Joseph Damer, Esq., created Baron Milton and Earl of Dorchester in the year 1792. He had been successively Member of Parliament in 1741 for Weymouth and Melcombe Regis; in 1747 for Bramber; in 1754 for Dorchester. He was afterwards made a Privy Councillor, and was raised by King George the Third to the Peerage of England, by the style and title of Baron Milton, of Milton Abbey, in the county of Dorset. He built the present mansion about the year 1771, and laid out the grounds with great taste. The park wall extends five miles in length, and the drives through the plantations extend more than ten miles. His descendant,

Lord Portarlington, again alienated the property by sale to

The Abbot’s Hall is the only part of the old monastery that remains, and is in

its original state, being fifty-three feet six inches long, and twenty-six feet six inches wide. The roof is of Irish oak, finely wrought; a stone pilaster supports it, and bears the date of 1498, the time no doubt of its erection. On a bordering of stone work that runs across the wall are the arms of several ancient families on stone shields. At the lower end of the hall is a carved wooden screen, and near the upper end an oriel nineteen feet four inches long, and fourteen feet eight inches broad.

The drawing-room contains some fine paintings.

The family of Baron Hambro is, as above stated, of Danish origin.