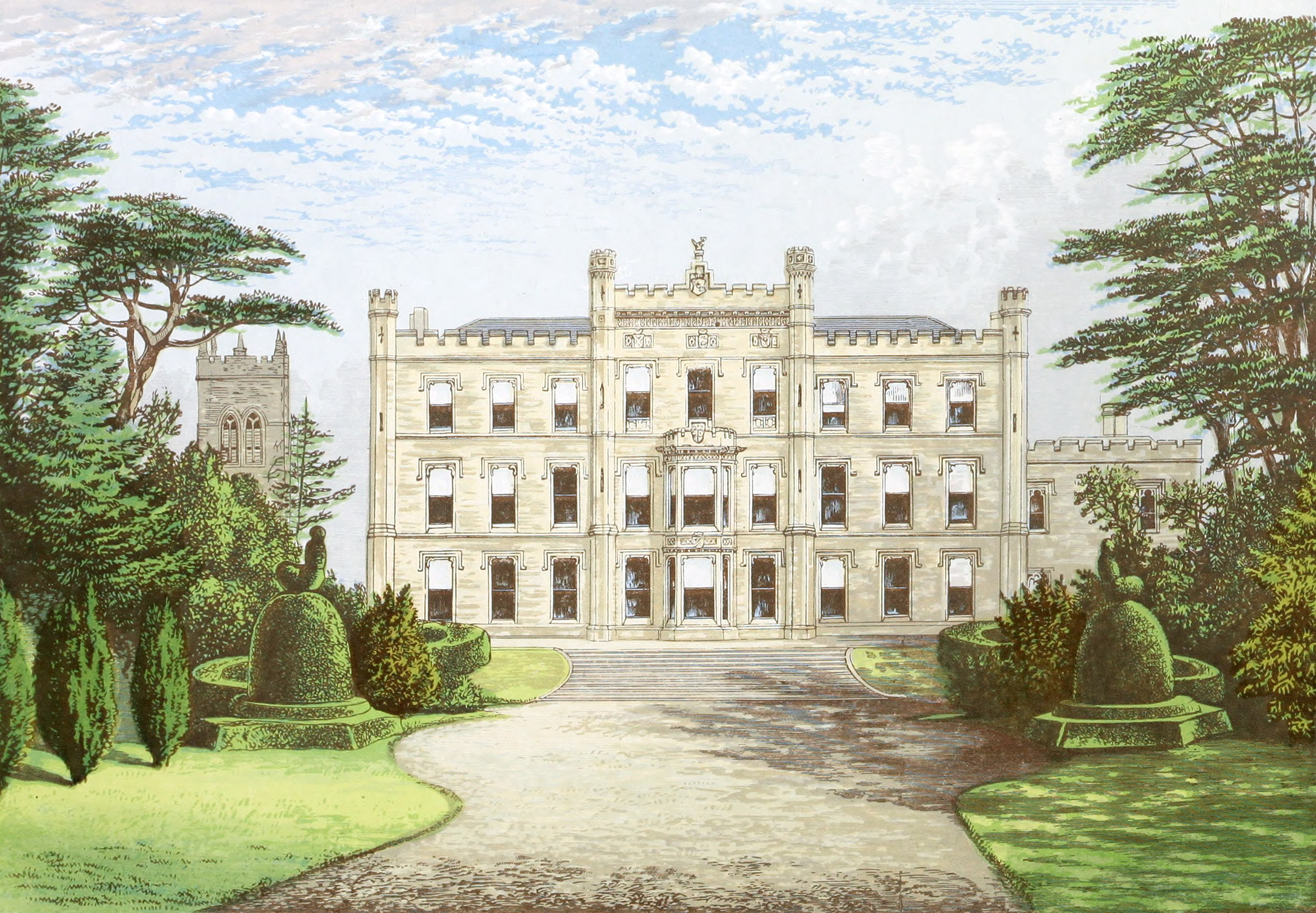 Near Derby, Derbyshire.—Earl of Harrington.

Though there does not appear to have ever been a castle on the site of the residence at present under our notice, nor any feature of the building that can lay claim to such a title, yet it has been well observed that as in England every man’s house is said to be his castle, so that world-wide saying gave an undoubted right to the Earl of Harrington, who built this so-called castle, to give it that designation if it pleased him to do so.

The estate of Elvaston is situated about five miles from the town of Derby.

It was first settled by Sir John Stanhope, father to the Earl of Chesterfield, on the eldest son of his second marriage.

In the year 1643 the old hall was held by his widow, when Sir John Gell, the Parliamentarian, with his forces besieged and plundered it. He further proceeded to the church and destroyed a tomb, on the effigy of which Lady Stanhope had expended £600., and then wantonly rooted up her ladyship’s flower-garden. Strange to say, his next step was to marry the lady herself, for the express purpose, as is stated, of “destroying the glory of her husband and his house.” Probably no more effectual mode of doing so could have been resorted to than a union with one who presented so great a contrast to the gallant and loyal spirit of her departed husband.

In the year 1817 important alterations were made in the castle. The Gothic hall that forms the entrance was begun, and it is furnished with a series of valuable specimens of ancient armour.

There are several very fine apartments, among which may be mentioned a dining- room, drawing-room, and library. Gilding has been extensively brought into requisition, even the statuary being ornamented with it.

“With the exception of the wondrous gardens at Alton Towers, those at Elvaston stand unrivalled. The Allanton process of transplanting full-grown trees has been very successfully practised, under the direction of Mr. Barrow, the head gardener. Every beautiful tree for miles round has been brought to Elvaston, with as much ease as Birnam Wood came to Dunsinane, and the result is such an arboretum as no other nobleman’s seat can shew. Gilded statuary, interspersed among these, has the rich effect which green and gold always produce. Water, too, has been made by machinery a great auxiliary to the beauty of the scene. Beautiful, however, as Elvaston gardens confessedly are, they were, during the late Earl’s time, entirely shut up from the public. Even his lordship’s own tenantry could not gain admittance. The present more liberal-minded Earl has shewn a better feeling, and so great has been the desire of the public to avail themselves of the new privilege, that it was suggested that some security against the great influx of people was absolutely necessary. Special days have therefore been fixed upon, and a small sum charged for admittance, which is generously devoted to the county charities. The sums realized have been considerable; and it is not unusual on these public days to see several thousands enjoying the beauties of this enchanting scene. The river Derwent bounds the domain on the north. The adjoining church, covered with ivy, and containing several fine monuments, is well worth a visit. A few years ago it was hung with those rustic funeral garlands of which Derbyshire has retained the last trace.”

The family of Lord Harrington derives from Sir Richard Stanhope, living in the reign of Henry the Third.