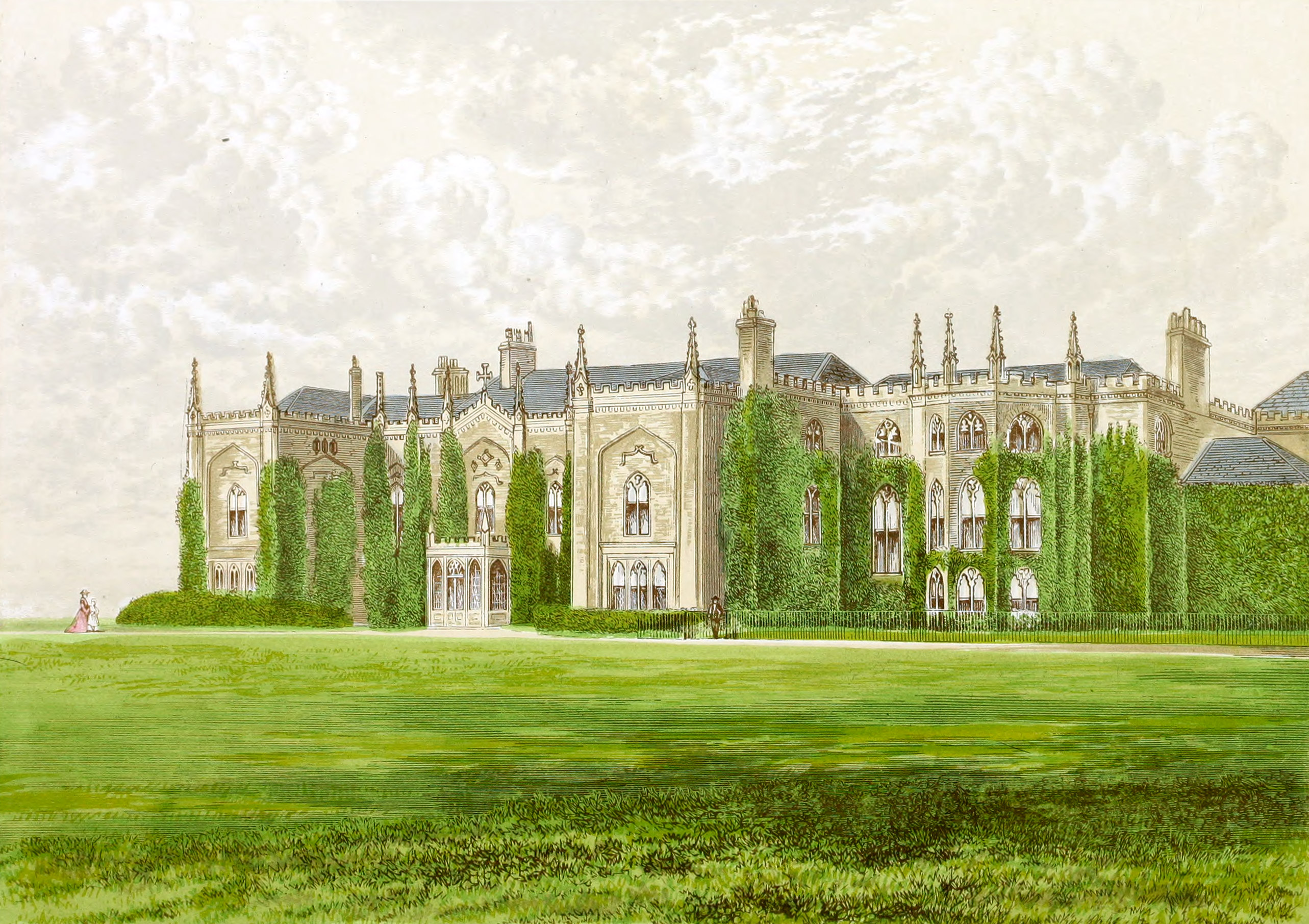 Here was originally, as is conveyed by the name, an Abbey of Benedictine Monks, founded by one Hugh de Malbank in the year 1133.

When the dissolution of the monasteries took place, in the reign of King Henry the Eighth, that monarch bestowed the lands on George Cotton, who derived his family name from Cotton, or Coton, in the county of Salop, where they had been settled before the Norman Conquest, or from a village of that name in Cheshire. He was Esquire of the Body to His Majesty, Privy Councillor and Vice Chamberlain to Prince Edward. Thereupon the family quitted their residence in Shropshire for that which has since been their head-quarters in the county of Cheshire.

The mansion stands on the bank of a lake or mere, from which it derives its name, and occupies the site of the old monastery, of which some remains are still in existence.

The library has been adapted from the refectory, which in its original state was sixty feet long and twenty-eight feet high. The ancient oak roof is still preserved, and is richly ornamented with the carvings which were customary at that day. Upon the walls are the quarterings of the Cotton family from the time of King John, as also those of Salusbury, of Llewenny, now represented by Lord Combermere.

In the library there is a collection of valuable paintings, and many portraits of the Cottons.

The house is situated in the midst of a fine park. The Duke of Wellington planted in it the “Wellington Oak” when on a visit to his old companion in arms, Lord Combermere.

The family of Lord Combermere derives from Sir George Cotton, living in the reign of King Henry the Eighth, whose descendants were as follows:—

Sir Stapleton Cotton, Baronet, G.C.B., G.C.H., G.T.S., K.S.F., K.S.I., who for his eminent military services in Spain and India was raised to the peerage as Baron, and afterwards Viscount Combermere.

Of this family was also that most truly excellent man, the Rev. Richard Lynch Cotton, D.D., successively Fellow, Tutor, and Provost of Worcester College, Oxford, within whose “classic shades” the writer of these pages received his university education.