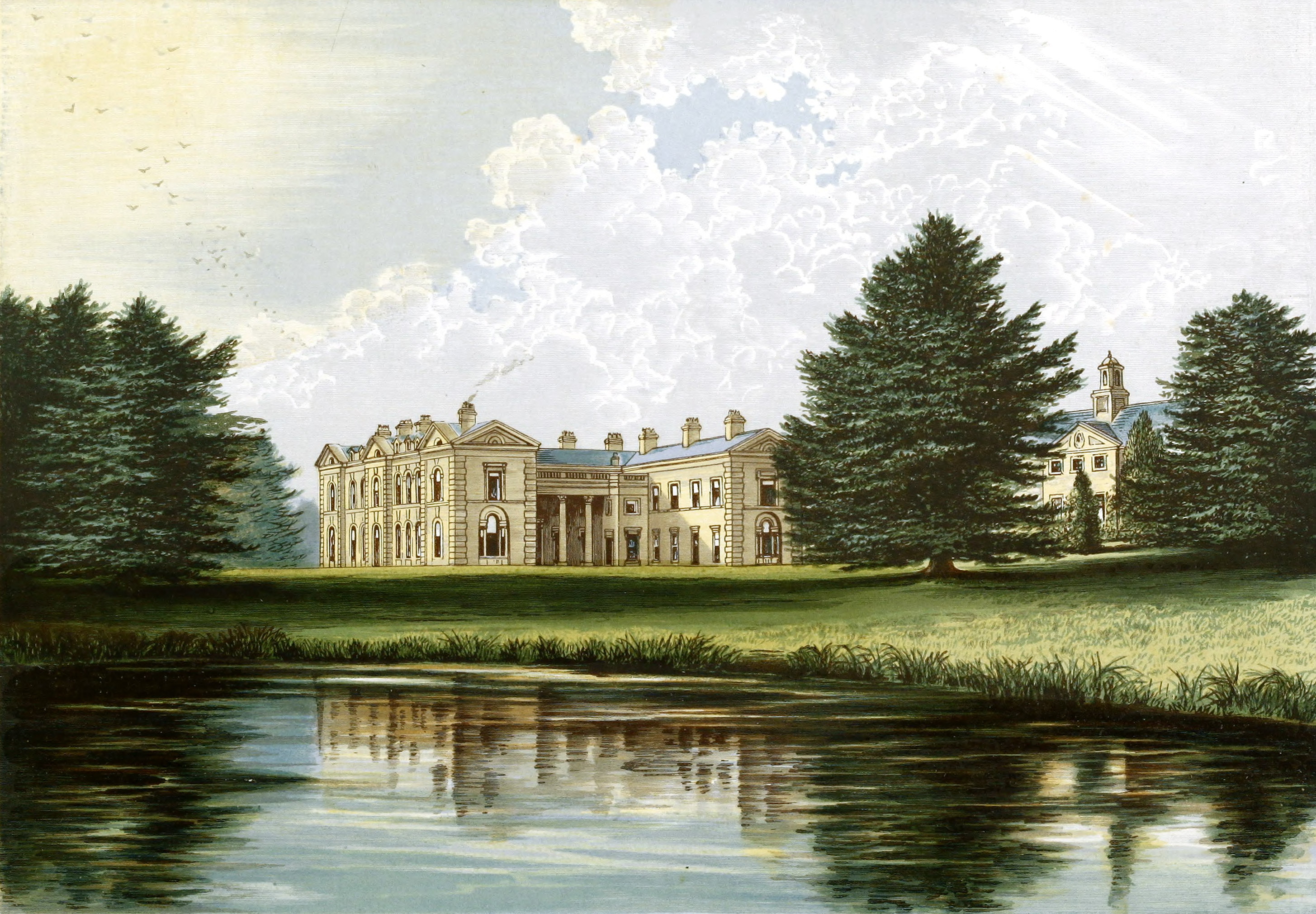 “Compton Muedale” being the original name of this place, the derivation of it is thus given by Dugdale in his “History of Warwickshire:”—“This taking its name, as all other Comptons do, from the situation in or near some deep valley, hath had the addition of Murdale to distinguish it from the many other Comptons in this county, in the regard that the family of Murdale were antiently owners thereof.” The word ‘Compton’ is, in fact, there can be no doubt, a combination of the two words ‘coombe’ and ‘town,’ the former indicating a valley, or glen, in which sense it is very commonly used in Devonshire, as also more or less in other counties. Thus in Yorkshire a narrow gorge of this kind, appropriately called “Cleaving Coombe,” occurs on the road between Nunburnholme and Londesborough. At what date the name was changed to that of Compton Verney there is no certainty, but in all probability it was at the time of the house being rebuilt, as Dugdale writes of it in one of his three volumes, published respectively in the years 1655, 1661, and 1673, as Compton Murdale.

In the time of William the Conqueror it belonged to

Earl Nellent, from whom it came to his brother,

Henry de Newburgh, Earl of Warwick, whose son and successor,

Roger, Earl of Warwick, towards the latter part of the reign of Henry the First, granted it to

Robert Murdale and his heirs. It remained in the possession of this family until the reign of Henry the Sixth, when it appears to have passed into the hands of

Richard Verney Esq., (a member of a Worcestershire family,) who built a large part of the house as it stood until about 1770. This Richard Verney was afterwards Knighted for services done to the king. In 1695,

Sir Richard Verney, the then owner of Compton Verney, having married Margaret Greville (sister and heir to Fulke Greville, Lord Broke,) claimed, through her, and obtained the Barony of Willoughby de Broke, the title now held by the present owner.

The old house and chapel were completely rebuilt by John Verney, Lord Willoughby de Broke, about the year above named; he also laid out the grounds much as they now remain.

The house stands in a very picturesque situation, but beyond a fine entrance hall, which runs nearly the whole length of the building, there is nothing remarkable in the interior. The stained glass windows in the chapel (taken from the original one) are many of them curious and of great antiquity.

There are here some fine paintings: among others, one of Sir R. Heath, by Jansenj another of Queen Elizabeth; one of Sir Fulke Greville, Lord Broke; besides other good family portraits.

The pleasure grounds are extensive, presenting a variety of surface, and abounding in wood as well as water, without which in combination no landscape, however beautiful in itself, is complete.

The line of descent of the title in this ancient family is as follows:—