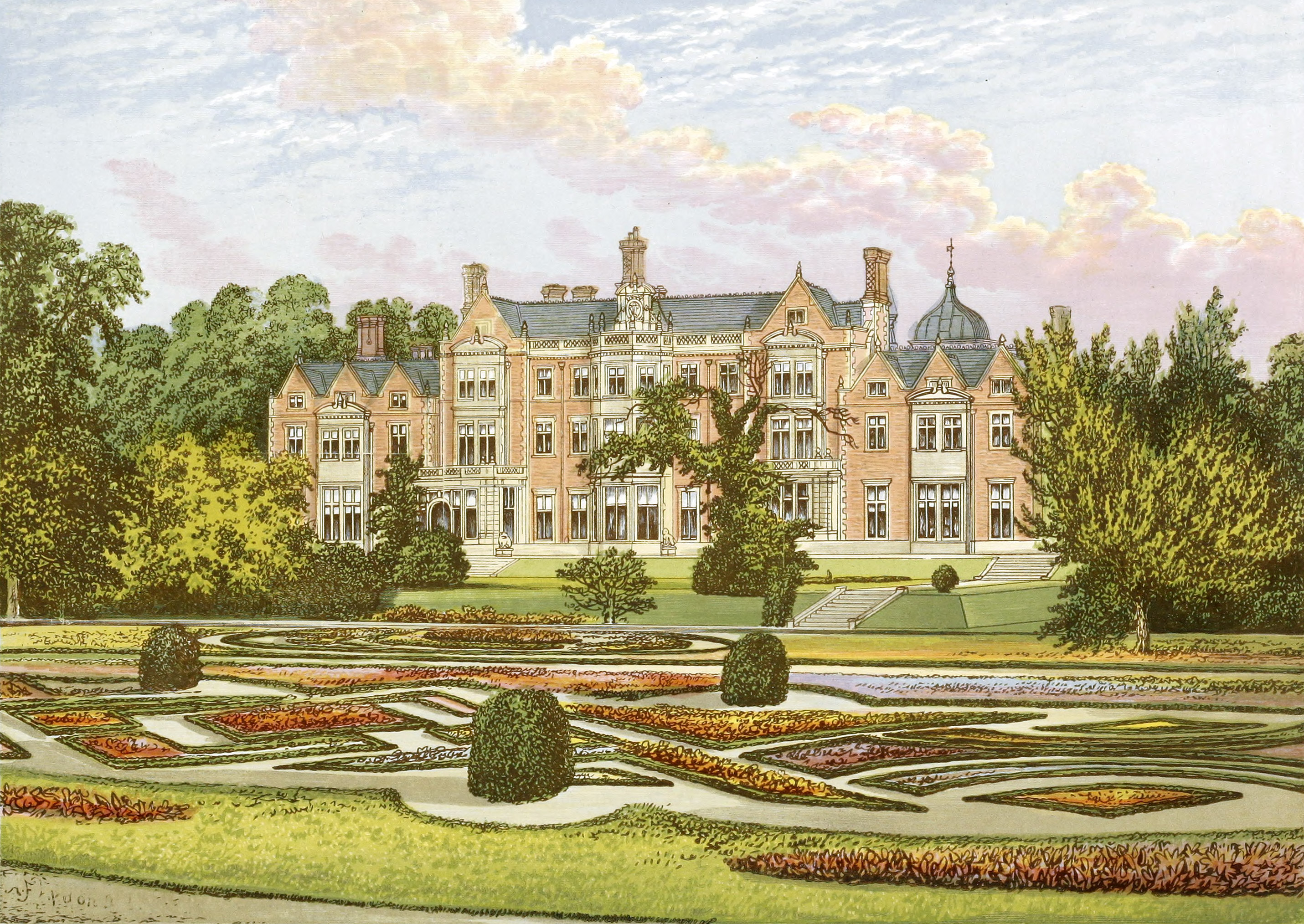 Near Lynn, Norfolk.—His Royal Highness the Prince of Wales.

I have often thouglit to myself how truly the words of Gray, in his “Elegy in a Country Churchyard,”—the most beautiful poem, in my judgment, that ever has been or ever will be written in the English language,—apply to others as well as to

“the rude forefathers of the hamlet”

in any and every remote corner of the country throughout the length and breadth of the land. Not only has it been true of those of humble rank that

“Adown the cool sequestered vale of life They kept the noiseless tenour of their way,”

but it has been the same—this it is that I have frequently noticed to myself—with others of every degree above them, even to the highest.

Many and many a head of an ancient and honourable family is there at the present time, both titled and untitled, of whose name even not one person in every ten thousand you would ordinarily meet with has ever heard. But they are known, and well known, in their own neighbourhoods. They are content to live a “quiet and peaceable life,” “the world forgetting, by the world forgot;” and to “do their duty in that state of life unto which it has pleased God to call them” is the height of their ambition. Theirs is a happy and a useful career. They live among their tenantry, have a care for their welfare, and set them a good example: they do that which “England expects of every man.”

It is not that it has always continued to be so, or does still, or must always thus continue. From time to time a Milton is no longer mute, and a “village Hampden” of “dauntless breast” stands forward on the stage of the world’s history, and leaves an undying name behind him, soon, if not at once, to be followed by those who will retire, from choice it may be, into that “quiet living” in the country, which is the happiest state that a man can live in.

Thus it was with the family of Cromwell himself. His ancestors, though respectable, lived as quiet country gentlemen, “unnoticed and unknown,” “guiltless of their country’s blood,” and his son wisely gave up the crown to its rightful owner, and, having retired into private life, so died as he had lived. Thus it was with Wellington, with Nelson, with Shakespeare, and with Scott, and with those who went before and those who followed them, and so doubtless it will be age after age.

And as it has been with persons, so also with places, the latter indeed only through the former: the name of the “local habitation” obtains its own celebrity on account of that of him whose words or deeds have made it famous at one and the same time that he has immortalized his own.

I have been led to make this remark in carrying on the second set of these volumes, beginning, as it properly does, with the present account of the residence of the eldest son of the reigning Sovereign, from having similarly observed in the previous one that the E-oyal residence of Balmoral, as the Queen’s abode, has now its name known in every corner of the earth, whereas before it became so, it was absolutely unheard of and altogether unknown beyond its own immediate neighbourhood.

So it has been with Sandringham, the private seat of His Royal Highness the Prince of Wales. Who does not know its name now? Who ever heard of it before?

I need not say much, either of the place itself or of its Royal owner, for the picture of it will I hope convey a good idea of the former to my readers, and the eldest son of the Queen of England has already a world-wide history, and needs no other to be written of him, or of the princely race of which he has come.

In “Domesday Book” the name of the place appears as Santdersincham, which seems to point to a common origin with that of the adjoining parish of Dersingham.

The village lies a little way fi’om the foot of some sand hills, which no doubt have given to it its distinguishing name, and the grounds of the house have the customary attractions of English scenery, hill and dale, wood and water. The Church and Rectory adjoin the place, embowered in foliage, the common accompaniment in like manner of the retired country Parsonage.

On a clear day the noble tower of Boston Church is plainly to be seen, standing up as it does from the level plain to which it is such a great and striking ornament, as if from the neighbouring ocean itself, a well-known landmark as it at the same time is to those that “go down to the sea in ships, and occupy their business in great waters.”

Nothing but good taste could be looked for from the son of the late Prince Consort, and such an expectation will be found to have been met and fulfilled in the improvements that have been made at Sandringham by the Prince of Wales.