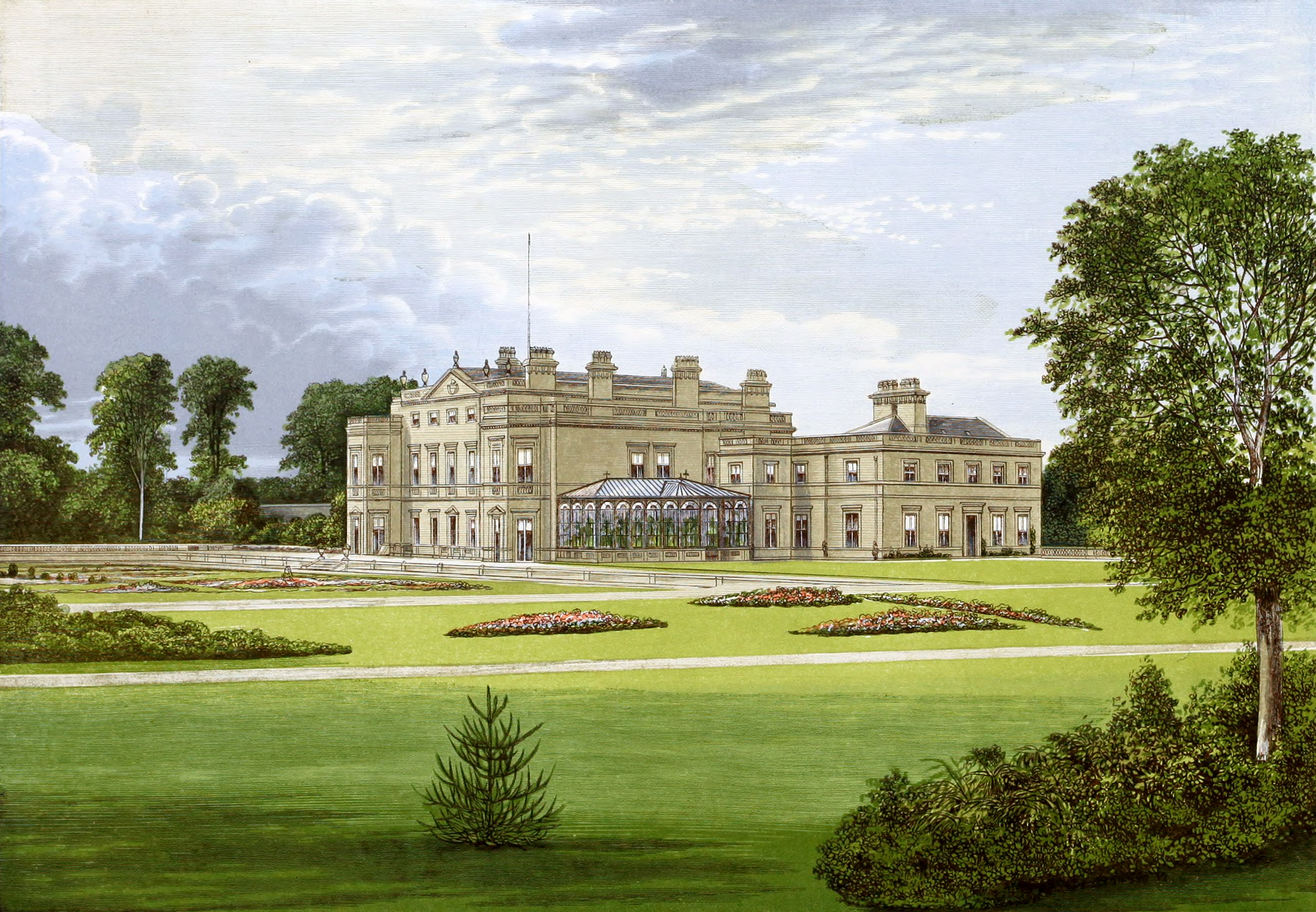 Dalton Hall is very pleasantly situated in a well-wooded Park, the surrounding district being valuable farming land in the very highest state of cultivation. The house has been greatly improved, at a large expense, by the present noble owner, the fifth of the title.

This is one of those many families which derives its name from the place where some early ancestor lived and died.

John Hotham, who assumed the surname from the village so called in the East Riding of Yorkshire. Fifth in descent from him was

John de Hotham, was father of

Sir John de Hotham, Knight, tempore Edward IV. The succession after him was

Sir John Hotham, Knight, Governor of Hull in the reign of Charles I., and beheaded by the Cromwellians for corresponding with the Royalists. He had been created a Baronet, January 14th., 1621. He married four times, but having no son to survive him, his eldest son being also beheaded with himself on Tower Hill, was succeeded by his grandson,

Sir John Hotham, Baronet, at whose decease sine prole in 1691, the title reverted to his cousin, son of the Rev. Charles Hotham, Rector of Wigau, namely,

Sir Charles Hotham, Baronet, Colonel of the Horse Grenadier Guards, a Groom of the Bedchamber, and M.P. for Beverley.

Sir Charles Hotham, Baronet, also a Groom of the Bedchamber, died in 1767, and was succeeded by his uncle,

Sir Charles Hotham, Baronet, followed by his next brother,

The Right Honourable Sir William Hotham, Baronet, Admiral of the White, created Baron Hotham of South Dalton, in the Peerage of Ireland, March 7th., 1797, in consideration of his gallaut achievements as a naval commander. His Lordship died May 2nd., 1813, when the honours devolved on his brother,

Sir Beaumont Hotham, Knight, one of the Barons of the Exchequer, who succeeded as second Lord Hotham and to the Baronetage. He married, in 1767, Susannah, second daughter of Sir Thomas Hankey, Knight, and widow of James Norman, Esq. On his death, March 4th., 1814, he was succeeded by his grandson,

Sir Beaumont Hotham, third Lord Hotham, and a Baronet, a General in the Army, born August 9th., 1794. He was engaged at Waterloo, Salamanca, Vittoria, Nivelle, and Nive. He was for some considerable time M.P. for Leominster, 1820 to 1841, and afterwards, nearly till his death, December 12th., 1870, for the East Riding of Yorkshire. Lord Hotham rebuilt at his own cost, towards £30,000, the Parish Church of South Dalton, now called Daltonholme, a small hamlet of the latter name having been conjoined to it. The splendid spire of this church is a very con- spicuous object for many a long mile over the Wolds and towards Holderness. He was succeeded by his nephew, (son of his brother, the Honourable George Frederick Hotham, Rear Admiral R.N., born October 20th., 1799, who married, in 1824, Lady Susan Maria O’Brien, eldest daughter and coheiress of William O’Brien, Marquis of Thomond, and had several children, all of whom died unmarried, except a daughter, the Honourable Susan Frances Hotham, married, June 6th., 1877, to the Rev. A. C. Jackson, Curate of Horsham, and two sons, successors to the title,) namely,

Charles Hotham, fourth Lord Hotham, and a Baronet, Knight of the Medjidie, a Captain in the Royal Navy, born May 29th., 1836, died unmarried, May 29th., 1872, and was succeeded by his brother,