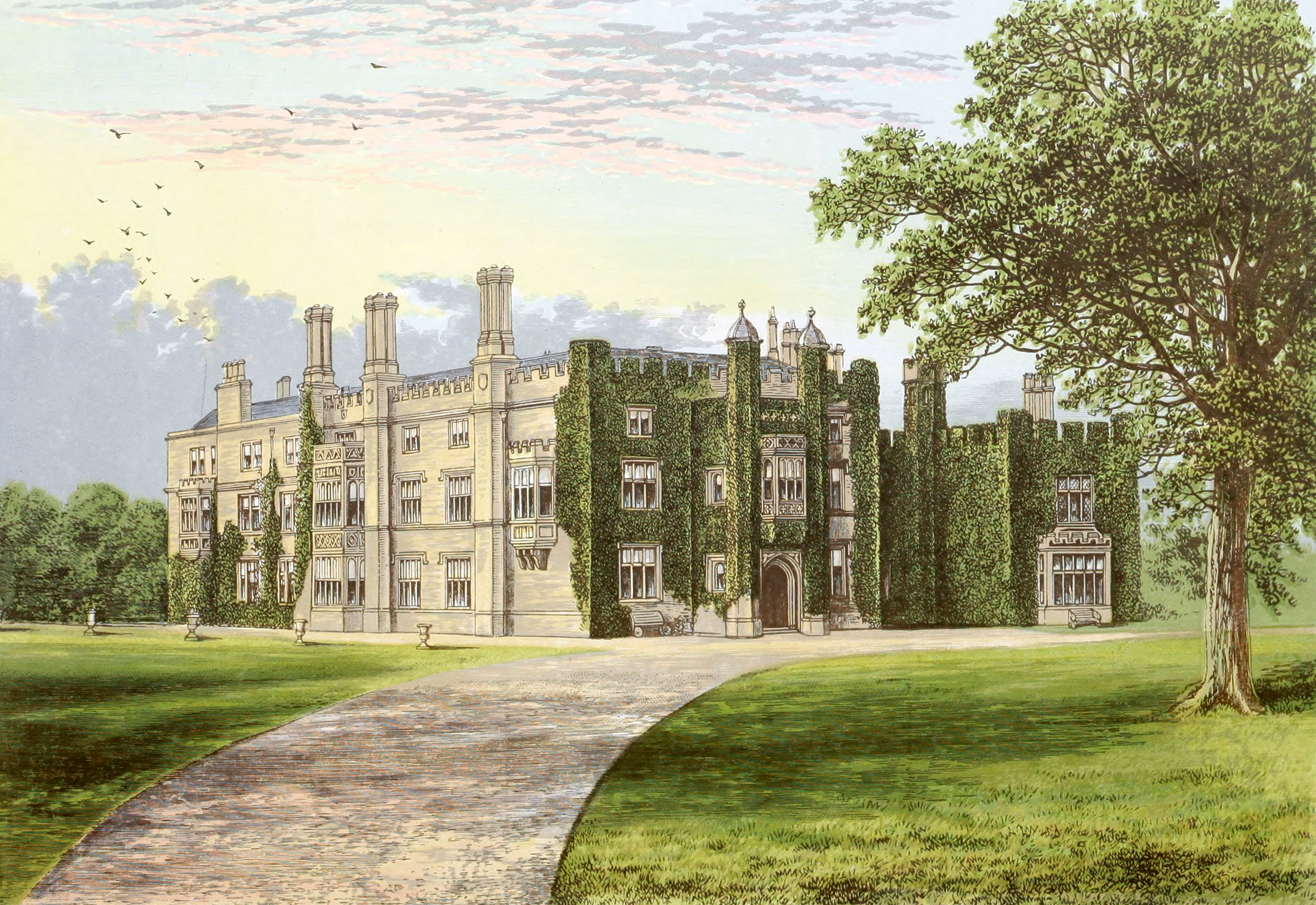 Derbyshire has been styled by Kinder the “Amphitheatre of Renowned Persons,” who further stated that “no countie in England had so many princelie habitations;” and it is no less distinguished for the numerous fine mansions it contains at the present day.

This was an ancient seat of the Gresleys, and is described in Domesday Book as belonging to Nigel de Stafford, an ancestor of the family, who held it by the service of rendering a bow with a string, a quiver of Tutesbit, a word the meaning of which appears to be now unknown, with twelve fleched arrows, and one unfeathered shaft.

Another record, of the date of 1200, describes the service to have been a bow, a quiver, and twelve arrows.

In the year 1330 Geoffrey de Gresley claimed the somewhat unsatisfactory right of having a gallows at Drakelowe, and also at Gresley.

The mansion stands on low ground, and hence, as is supposed, its name.

It is a large irregular pile.


The family of Des Vceux, resident for some time at Drakelowe Hall, derives from

President de Bacquencourt of the Parliament of Rouen, who had two sons, the second of whom,

Anthony Vinchon de Bacquencourt, a man of great learning, left the Church of Rome for the Reformed Faith, and wrote against the Jansenists, as also on the subject of miracles, and translated and published a commentary on the book of Ecclesiastes; the last named work was considered of so much value that the University of Dublin conferred on him the degree of Honorary M.A. He took the surname of Des Vœux, and died in 1792, leaving, with a younger son and a daughter,

Charles des Vœux, Esq., of Indiville, in the Queen’s County, Governor of Masulipatam, and second in the Council at Madras, who was created a Baronet the 1st. of September, 1787, and dying in 1814, was succeeded by his eldest son,

Sir Charles des Vœux, second Baronet, who married, first, Christiana, daughter of Richard Hird, Esq., of Rawdon, Yorkshire, and, secondly, Lady Caroline Paulet, daughter of the Marquis of Winchester, by the former of whom he had