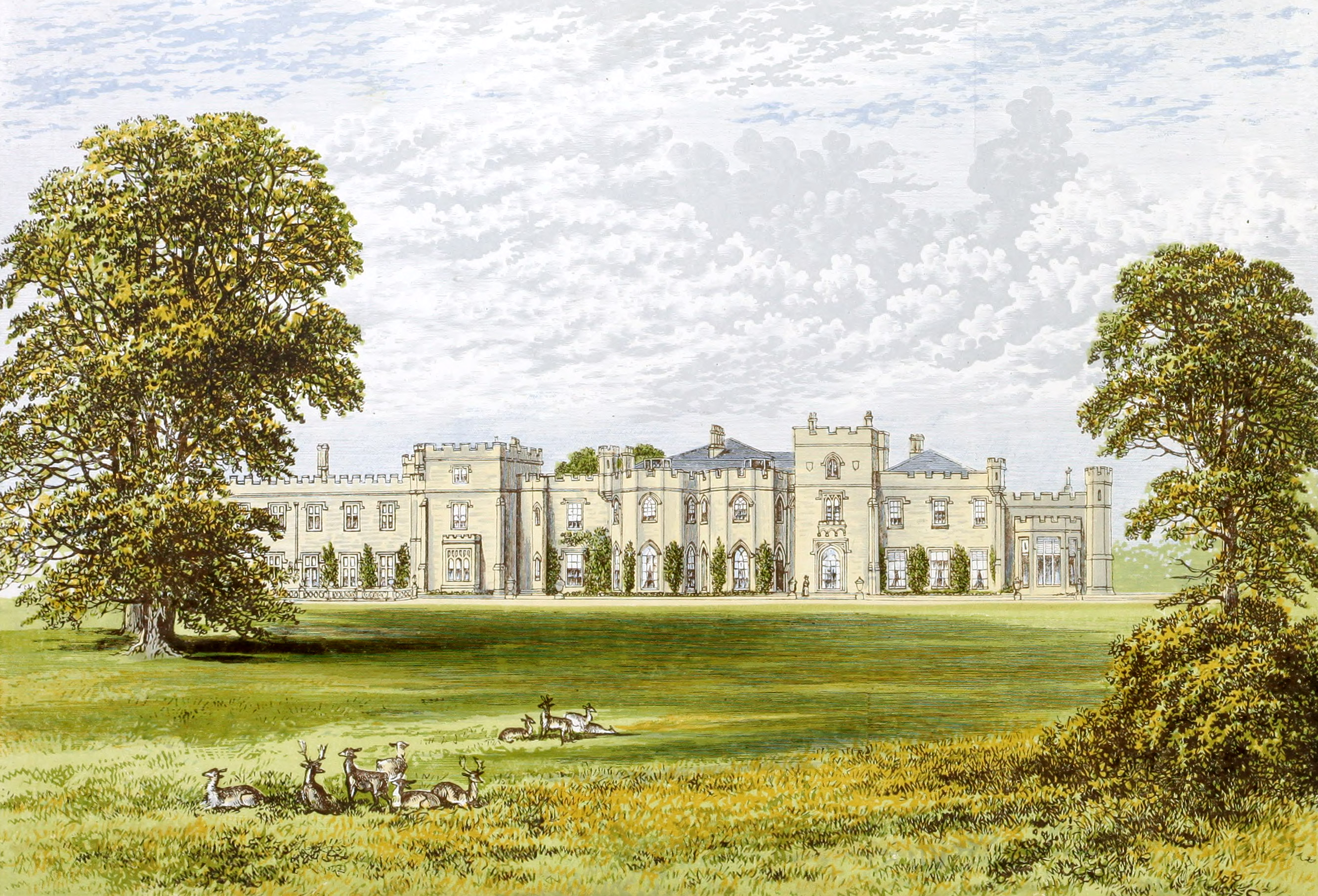 Panshanger is situated in the county of Hertford, about three miles from the county town of the same name.

It is a handsome house in the Gothic style of architecture, and stands on the north-east bank of the River Mimeram, and in the midst of a spacious park.

The grounds are described as being laid out with much taste, and a magnificent oak has been described by various local historians and tourists, and, among others, by Arthur Young, in his “Survey of the County of Herts.,” who says of it:—“On the grounds of Panshanger is a most superb oak, which measures upwards of seventeen feet in circumference at five feet from the ground. It was called the Great Oak in 1709. It is very healthy, yet grows in a gravel surface, apparently as sterile as any soil whatever, but it undoubtedly extends its top root into soil of a very different quality. It is one of the finest oaks which I have seen, though twelve feet to the first bough.”

The Lord Chancellor Cowper mentioned above was the first English lawyer who refused to receive the large payments known as “New Year’s Gifts,” which until his time the barristers and other attendants of the court had been accustomed to consider their due.

The family of Earl Cowper descends from

John Cowper, an Alderman of the City of London, and Sheriff of the City in 1551. He was father of

Sir William Cowper, created a Baronet March 4th., 1642, who was followed by his grandson,

Sir William Cowper, an eminent lawyer, was made Lord Keeper of the Great Seal in 1705, and raised to the peerage the 9th. of November, 1706, as Baron Cowper of Wingham, in the county of Kent. He was followed successively by