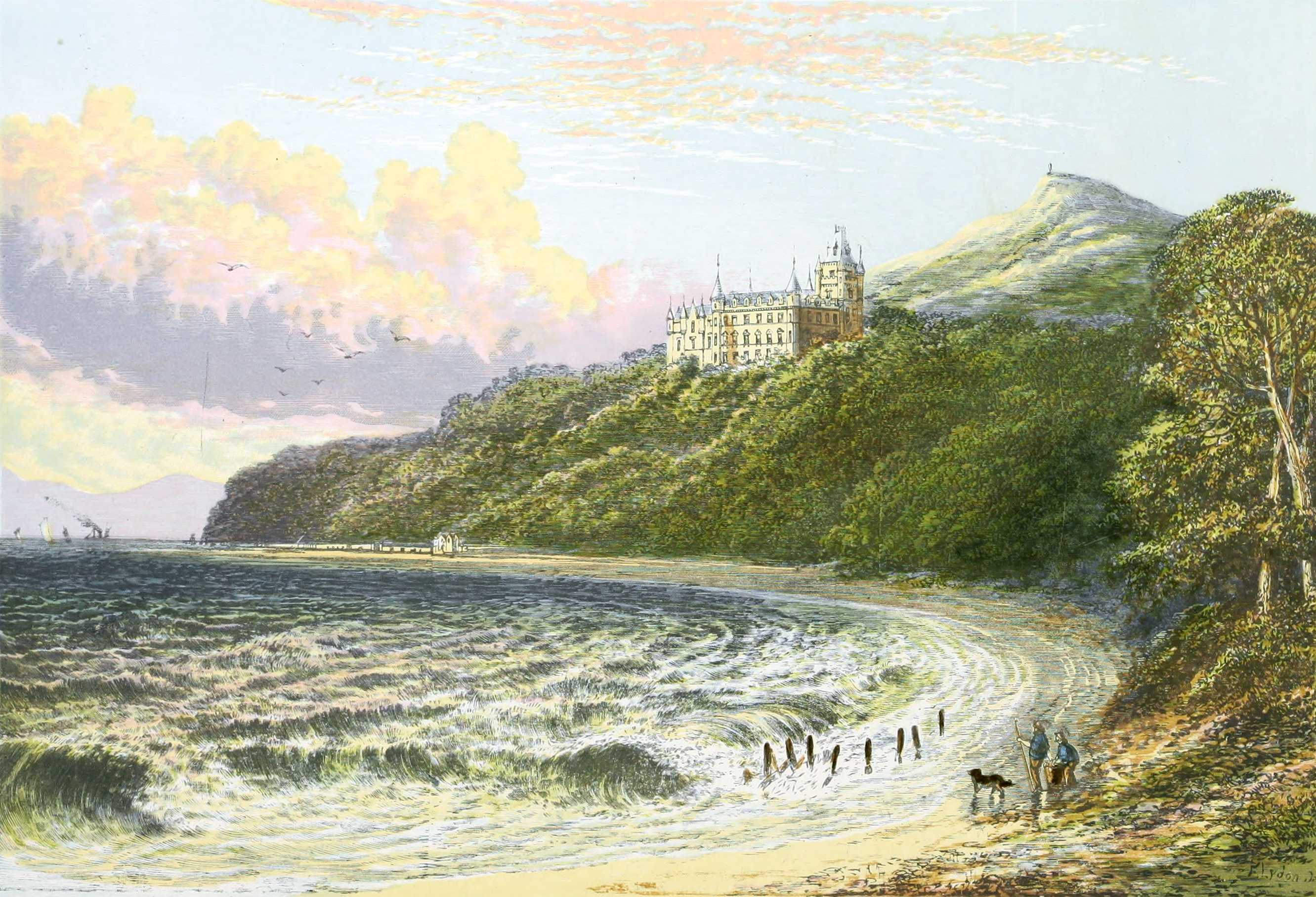 The following is the account of this castle of the “far north/’ given by Sir Bernard Burke, in his “Visitation of Seats:”—

“Dunrobin Castle was first built by Robert, Earl of Sutherland, in the year 1275. It stands nearly in the middle of the parish of Golspie, upon the edge of a bank that rises considerably above the level of the sea. The building is of that old-fashioned style of Scotch architecture which defies classification, but which at the same time has a picturesque interest that does not always belong to more legitimate edifices. Narrow towers, tapering off like spires, and much lower than the building itself, flank either end, while the numerous windows look out quaintly from the dark and irregular mass.

The adjacent landscape is varied and hilly, with no want of timber; and the garden, which spreads itself out at the foot of the eminence on which the castle stands, harmonizes well with the character of the castle and its grounds, which have been vastly improved by the present noble proprietor.”

The tower or castle of Dunrobin, even still existing, was reputed to be the oldest manse in Scotland.

The present mansion was designed and commenced in the year 1845. The style is, in the main, that of the old English baronial castle.

The successive Earls of Sutherland have added to their possessions generation after generation, and they now comprise the whole of what is called the Red Country, and also the estate and parish of Assynt, which was forfeited to the crown by the attainder of the Earl of Seaforth, and was sold to William, eighteenth Earl of

Sutherland. It is a wild district of mountain and moor. The whole consists of eight or nine hundred thousand acres, and a late duke made, at his own expense, about nine hundred miles of road through it, with bridges, etc., and all without a turnpike gate.

“Above the principal windows, the motto “Sans Peur” is carved in raised and fanciful characters, with date, initials, &c. The interior of the building, the lobby, and stairs are faced with Caen stone. The dining-room is forty by twenty-three feet. The drawing-room windows overlook the sea, and command an extensive view. The state rooms, or “Queen’s apartments,” as they are called, are richly furnishedand ornamented. Below is a terrace walk, a slope covered with noble trees, and parterres, winding walks, etc., the sea terminating the whole, and forming the most prominent, as it is the grandest, feature of the landscape.”

The family of the Duke of Sutherland descends, as stated in a previous article, from Sir Allan Gower, Lord of Stittenham, in Yorkshire, or, as supposed by others, from William Fitz Guyer, of Stittenham, living in the year 1167.