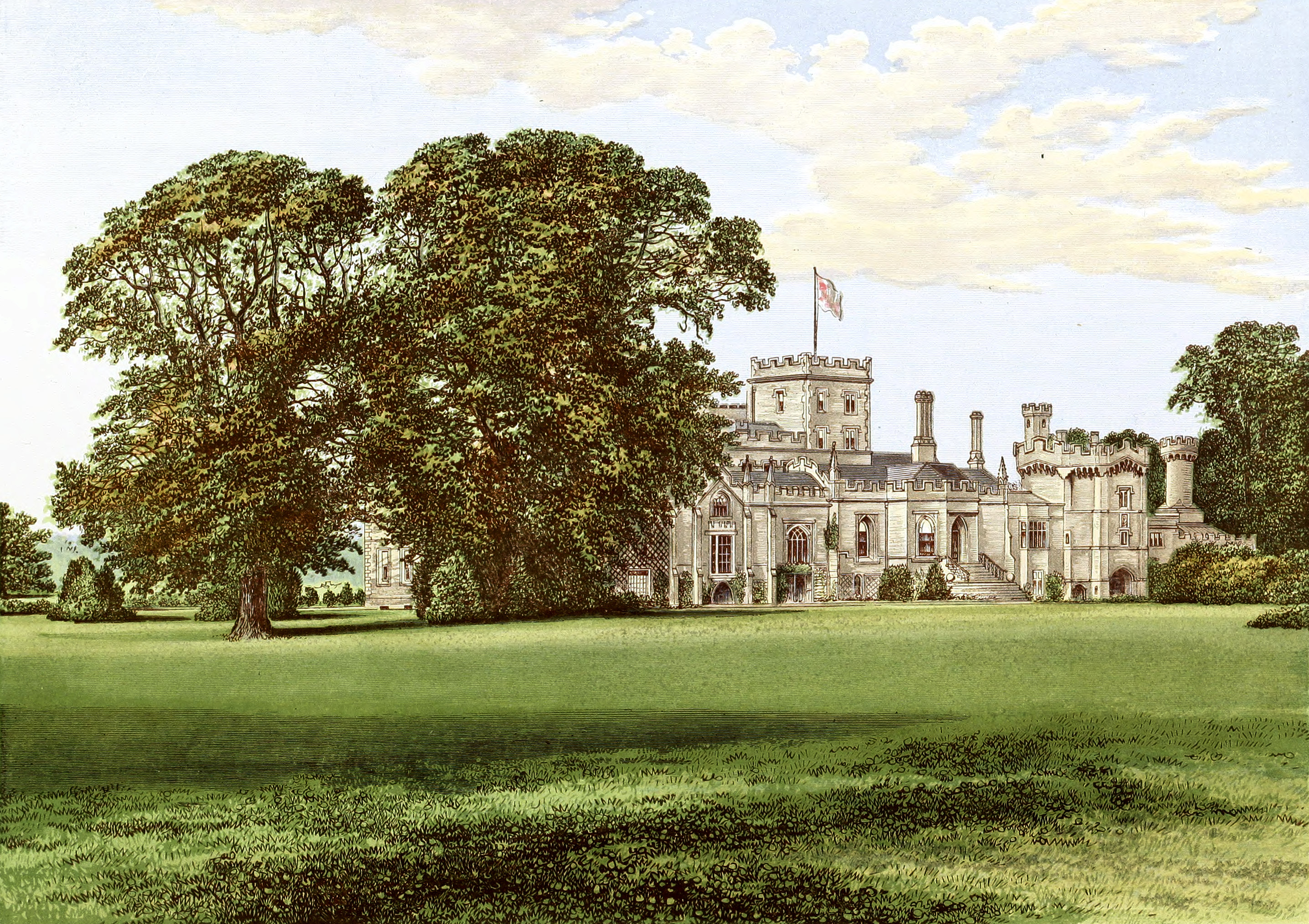 Elton Hall was formerly the seat of the famous and ancient family of the Sapcotes, and was afterwards conferred by grant from Queen Elizabeth to the City of London, and purchased shortly after by the Proby family.

Sir Thomas Proby removed here from Ruans, in Buckinghamshire, in 1663, and re-built the house, which was then in a ruinous state. Since that period Elton Hall has continued to be the principal seat of the Proby family, who have from time to time made various additions and alterations.

The most ancient and interesting portions of the house are the Old Norman Tower, now forming part of the Library, and the Old Chapel, which is the present Drawing-room.

This Chapel is thus mentioned in Camden’s “Britannia,” vol. i., col. 507:—‘Here was a private but very beautiful chapel, with curious painted window, built (about 1490) by the Lady Elizabeth Dinham, widow of the Baron Fitzwarren, who married into the Sapcote family, but it hath been ruinous these many years, and the place is now the seat of the Probys, who have built here an elegant house.”

The exterior of the old tower bears the arms of the Sapcotes—three dove-cotes, also the crest—a goat’s or ram’s head, rudely cut in stone. The tower is square and embattled, the stonework under the battlements hanging over in a particular manner. In the gate to the south is to be seen the place for a portcullis, and in the doorway are small stone arches, crossing at the roof. The same sort of arches may be seen in the rooms under the Chapel.

There are no traces to be found of the famous stained glass which formerly existed in the Chapel.

The house is situated in the two counties of Huntingdon and Northampton, and until recent alterations were made, a cross on the old kitchen chimney marked the boundary of the two counties.

The park, which borders the river Nene, is very picturesque, and contains some fine old oaks, one of which is supposed to date from the Conquest.

Fotheringay Church, where Mary Queen of Scots was beheaded, forms an interesting object from several parts of the grounds.

The family of Lord Carysfort derives from

Sir Peter Proby, of Brampton, Lord Mayor of London in 1622, father of

Thomas Pkoby, Esq., was created a Baronet, March 7th., 1662, but dying without male issue, was followed by his brother,

The Right Honourable Sir John Proby, K.B., also M.P. for the County of Huntingdon, was raised to the Peerage of Ireland as Baron Carysfort, of Carysfort, in the County of Wicklow. He was succeeded by his son,

John Joshua Proby, second Baron, who was created Earl of Carysfort, in the Peerage of Ireland, and raised to the English Peerage as Baron Carysfort of Norman Cross, in the County of Huntingdon. He died in 1828, and was followed by his son,

John Proby, second Earl Carysfort, a General in the army, born in 1780, who died unmarried in 1855, and was succeeded by his brother,

Granville Leveson Proby, third Earl Carysfort, an Admiral R.N., engaged at the battles of the Nile and Trafalgar. He was born in 1781, and died November 3rd., 1868, his eldest surviving son being