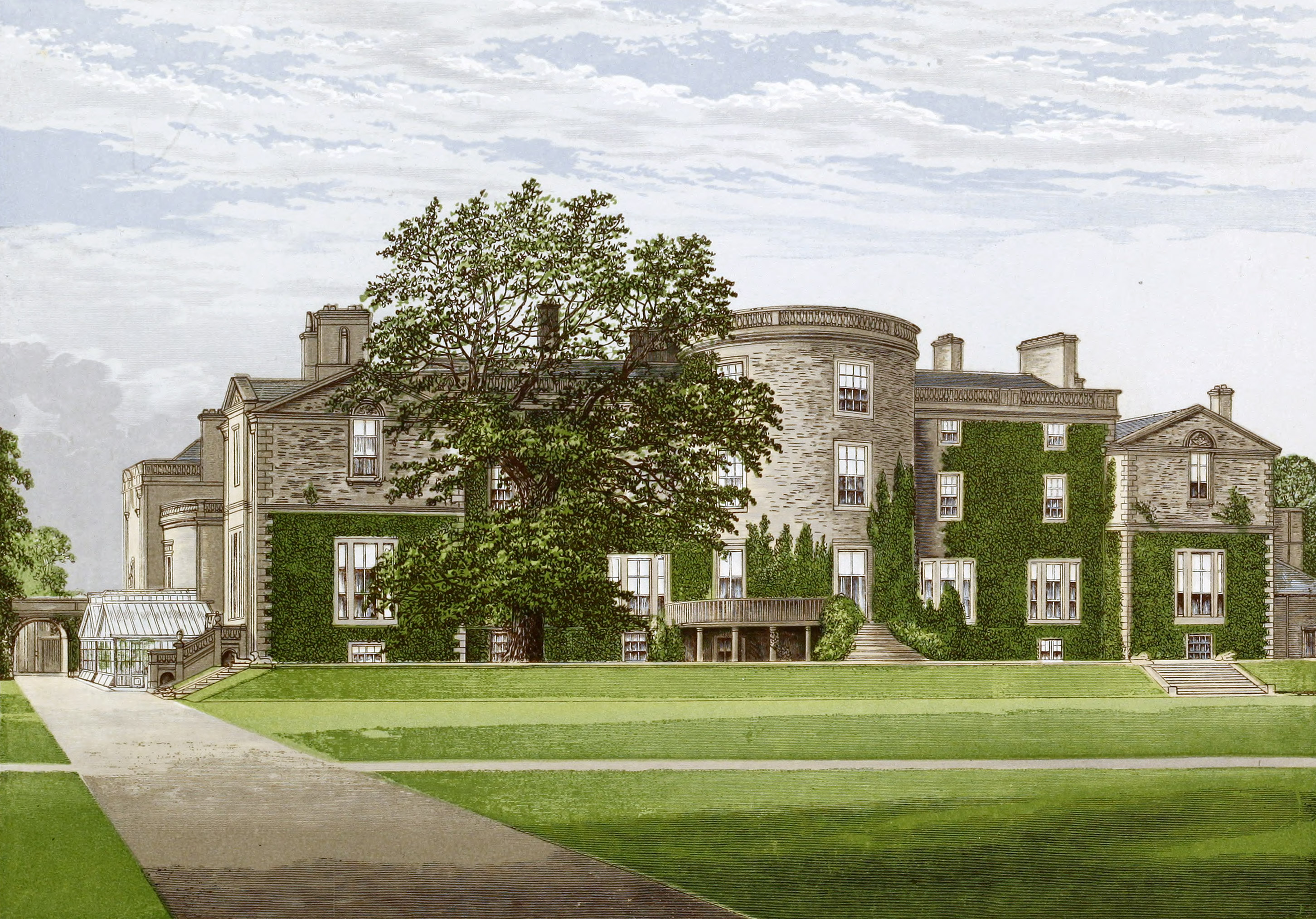 Near Wigtown, Wigtownshire.—Earl of Galloway.

Galloway House is beautifully situated. On the east side, within three hundred yards of the terrace, is Wigtown Bay, with the Stewartry of Kirkcudbrightshire and its hilly coast on the opposite side, at a distance of ten miles, ending in the point where stands the Ross Lighthouse.

On the south side, at the same distance, (namely, three hundred yards,) is a small creek within the pleasure grounds, termed Cruggleton, or Rigg Bay, to which there is a broad gravel walk, running direct from the terrace, and parallel with this walk, overlooked by the windows on the south side of the house, is a sunk Italian flower-garden.

The main approach to the mansion house is from the west, the front door steps being in the centre of the body of the house, the wings standing out on either side.

On the north side, at a distance of two hundred yards, are the stables, and four hundred yards beyond, one of the Park Gates, termed the Harbour Lodge, opens upon the village and sea-port of Garliestown.

It would be more correct to say of this ancient and long ennobled famil}^, that the Royal line of Scotland was of it, than that, as has been said, it is of the Royal blood of that kingdom.

Alexander, sixth Lord High Steward (in 1263) of Scotland—whence the family name of Stewart—died in 1283, leaving issue

James, (grandfather of the first Stuart king, Robert II.,) and a younger son.

Sir John Stewart, the line of succession after whom was as follows:—