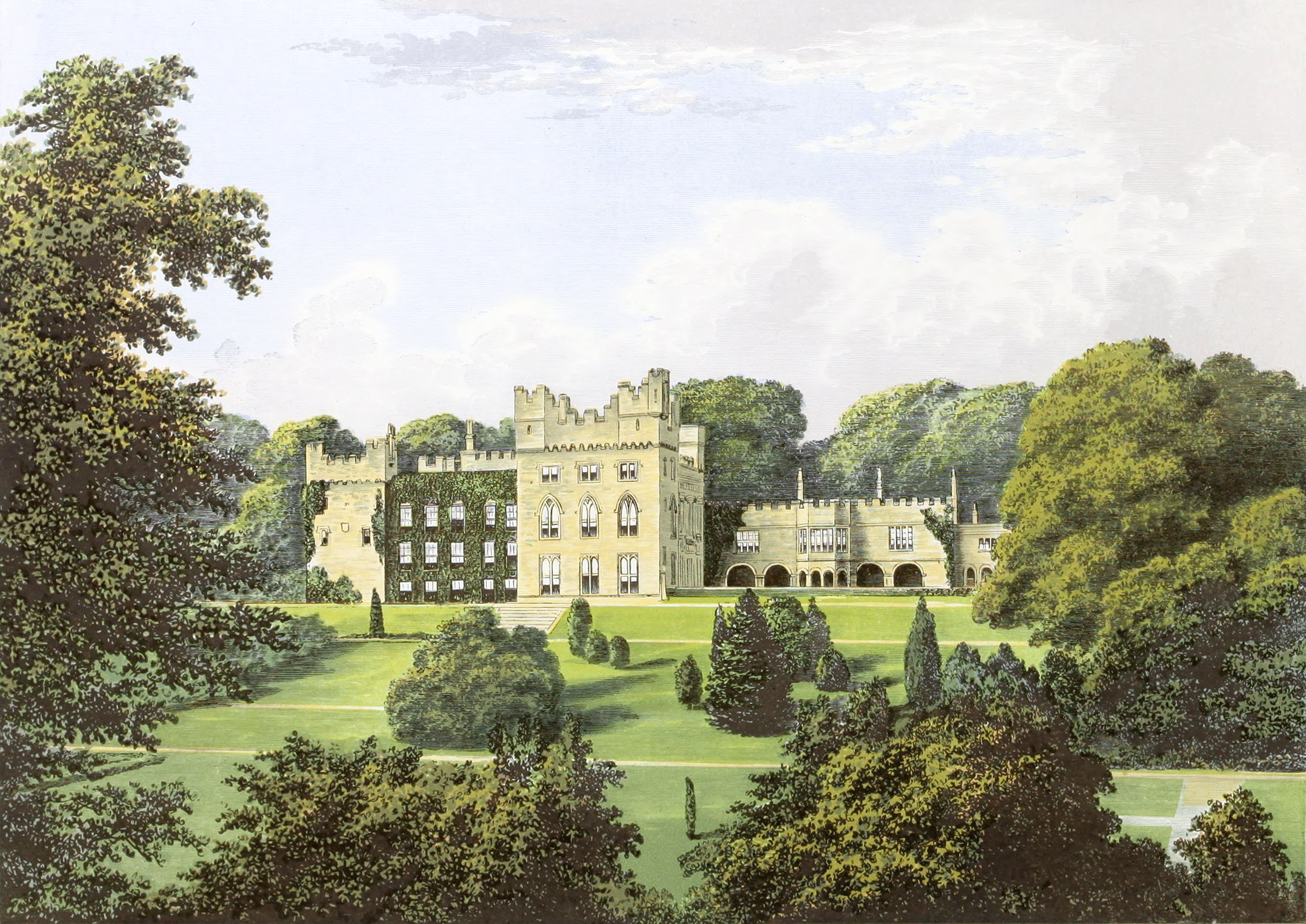 Hutton Hall is pleasantly situated on. rising ground above a branch of the river Petherill, whose stream gives that accompaniment to the surrounding scenery without which no landscape can be considered complete.

The park is ornamented with fine trees, and its varied grounds give many fine views of the neighbouring country.

As I remarked in a former volume of this work, when a family has to be described which claims an Ancient British origin, going back before Norman or Saxon times, the account of its descent must needs be a long one. This at the same time prevents anything beyond an outline, in a case like the present, when space is necessarily limited.

A mere catena of the names is all then that I can give, as follows:—

Henry, whose wife was Johan, daughter of David Lloyd.

Sir Henry Vane, Knighted for his valour at the battle of Poictiers, married Grace, daughter and heiress of Sir Stephen de la Leke, a French gentleman.

Henry Vane, of Hilden, Kent, married, in 1455, to Isabel, daughter and coheiress of Henry Persall.

John Fane, of Hadloe, whose wife was Joan, daughter and coheiress of Sir Edward Hawte, Knight.

Henry Fane, of Hadloe, whose second wife, married in 1584, was Margaret, daughter of Roger Twisden, of East Peekham.

Sir Henry Fane, of Raby Castle, Durham, who resumed the sirname of Vane. He married Frances, daughter and coheiress of Thomas D’Arcy, of Tolleshunt Darcy, Essex.

Walter Vane, who on the death of his elder brother succeeded to the Hutton estates, and took in consequence the additional sirname of Fletcher. By his second wife, only daughter and heiress of Godfrey Woodward, Esq., of Putney, he left at his death in 1775, an eldest son,