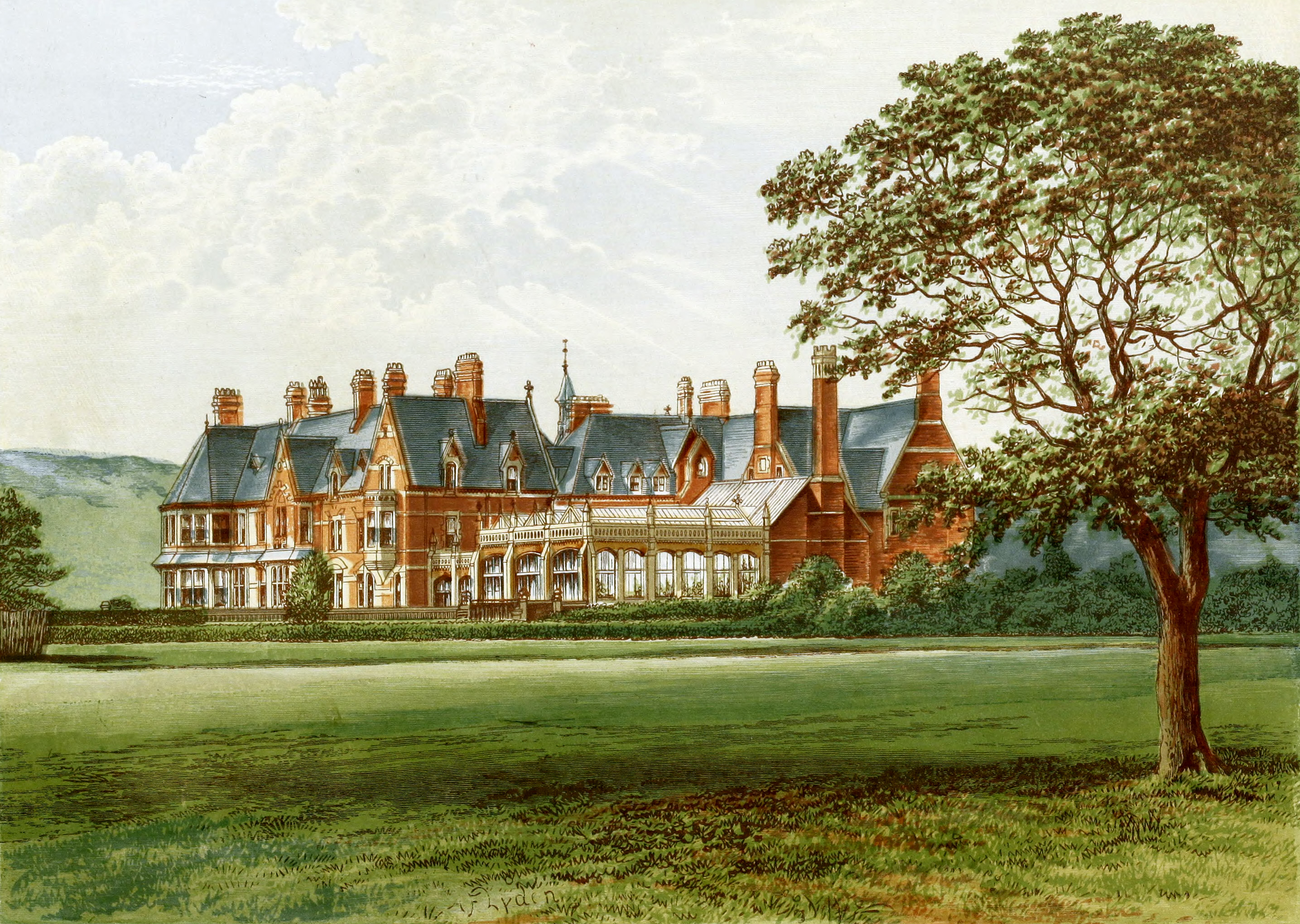 Hutton Hall was erected by Mr. Joseph Whitwell Pease, M.P., from the designs of Mr. Waterhouse, the architect. The estate on which it is built was bought of Mr. George Reed, of Whitby, of the Ecclesiastical Commissioners and the Crown. The style is domestic Gothic of an early type. The house is built of red brick with stone facings, the south front commanding a view of the very picturesque Cleveland hills. The portion of the estate surrounding the mansion was comprised in the grant of Edward the Sixth of the Abbey lands of Guisborough to Mr. Thomas Chaloner, and is endorsed as follows:—”Copy of the Letters patent of Demesnes of Gisburne. Deliver this to Mr. Thomas Chaloner, or Mr. James Chaloner, at Mr. Percye’s house in the White Harte Court in Fleete Streete.” In this amongst other things he demises, “All that one messuage and tenement or mansion called Hoton Hall, enclosed with a stone wall, and also, all that one close of land called Hoton Greate Close.

Not far from the present mansion there was formerly a spital or hospital belonging to the Priory of Guisborough, founded by William de Bernaldy for lepers, in which the Lord of Hutton had the right to place one leper.

A small Cistercian Nunnery was founded at Hoton (Hutton Low Cross) by Ralph de Neville. It was afterwards removed to Nunthorpe, and from there to Baxdale, iu the parish of Stokesley.

The Prior and Canons of Guisborough remained Lords of Hutton till the dissolution, when with vast quantities of Church land it went to the Crown, and so remained till purchased by the above-named proprietor, who thus became Lord of the Manors of Hutton Low Cross and Pinchingthorpe.

Edward Pease married Elizabeth, daughter and co-heiress of Michael Coates, and was father of

Edward Pease, born January 6th., 1 767, whose wife was Rachel, daughter of John Whitwell, and died July 31st., 1858, having had, with several other children,