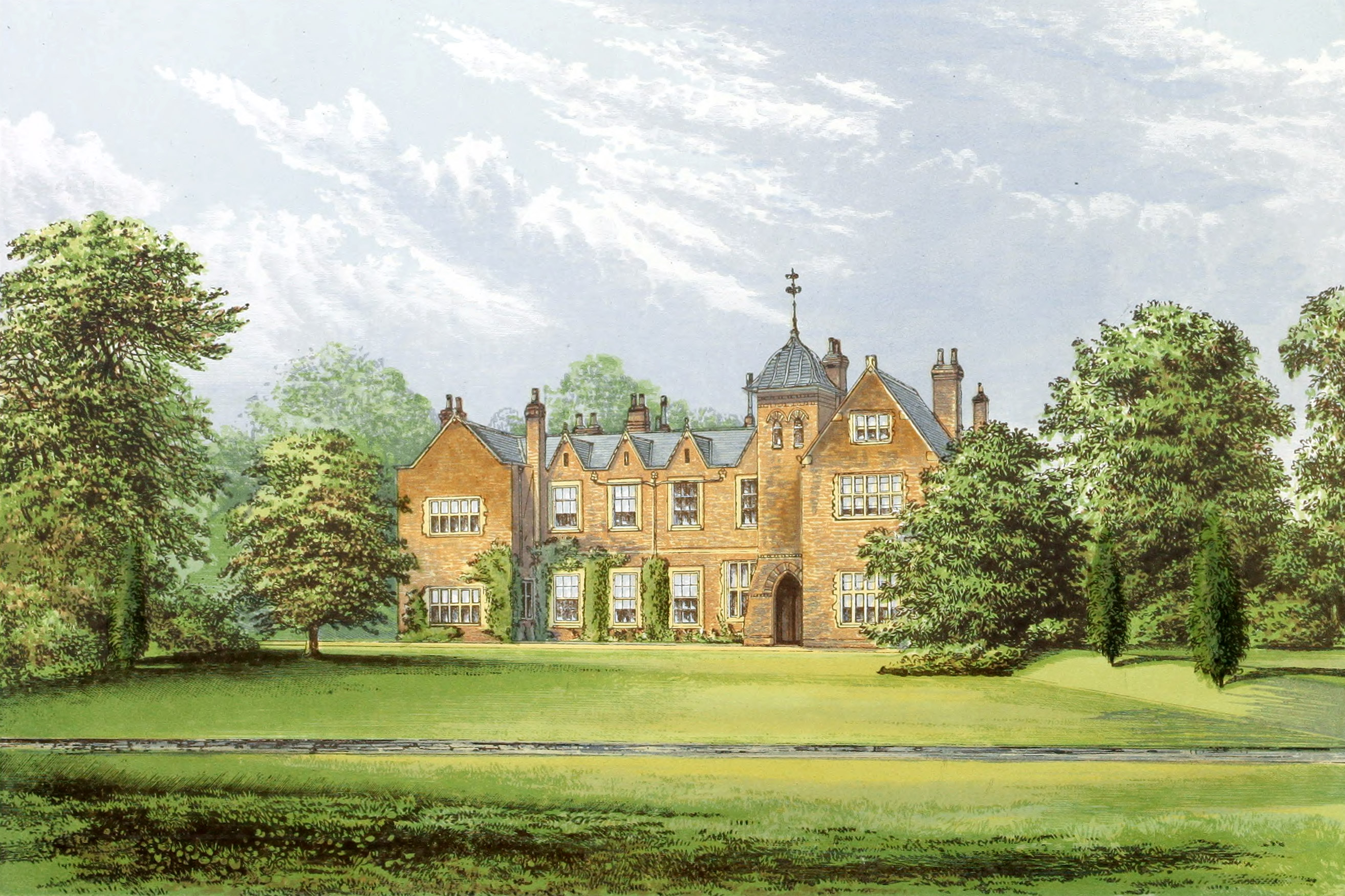 Lea shortly after the Conquest was possessed by the family of Trehamton, of whom the first we find was

Sir Ranulph was Member for the County of Lincoln, temp. Edward I., and sat in the Parliament which assembled at Rhudlan, in Wales. His effigy in chain armour is in Lea Church.

The Manor of Lea went, by the marriage of Agnes de Braose to Urian St. Pierre, to the Cokesays, Grevilles, Berkeleys, and Howards, was bought by the Dalisons, temp. Edward VI., and again sold to their kinsman, Sir Edmund Anderson, of Broughton, temp. Elizabeth, and it is somewhat remarkable that by the marriage of Sir William Anderson with Anne Maddison their descendants get the Trehamton blood, through the Bosviles, Barnbys, Nuthills, and De Braoses, from which families the Maddisons lineally descend.

The old residence at Lea was a moated Manor House, a mile to the east of the church, of which only the moats and fishponds remain. A handsome gold ring with the figures of St. Mary and St. Anne upon it, was dug up there a few years ago, being a lady of quality’s ring of about Henry VI.’s time, and is preserved.

The present Hall is an old farm-house added to since the family removed out of Yorkshire, and has nothing of particular interest about it, except an old chimney-piece, some oak panelling, and some family portraits, namely,—Sir Edmund Anderson, Knight, Chief Justice of the Common Pleas, temp. Elizabeth, on panel; Lord Sheffield of Boterwoke, on panel; John Sheffield, Earl of Mulgrave, by Sir Godfrey Kneller; Mr. Darley, of Aldby Park, by Sir Joshua Reynolds; Sir John Lawrence, Lord Mayor of London in the year of the plague, by Soest; Sir J. Nelthorpe, by Sir Thomas Lawrence; and others of only family interest.

The skirmish between the Royalists and Parliamentarians, in which Colonel Cavendish was slain, began in Lea parish, where two fields, the “Graves Close” and “Redcoats,” still attest the fact.

Henry VIII. and Katherine Howard passed through Lea in their progress towards Yorkshire, and spent two days at Lord Burgh’s house at Gainsborough.

The family of Anderson, Baronet, of Yorkshire and Lincolnshire, is stated to derive from the L’ Isles of Northumberland, one of that family, Robert L’ Isle, in the reign of Henry IV., marrying an heiress of the house of Anderson.