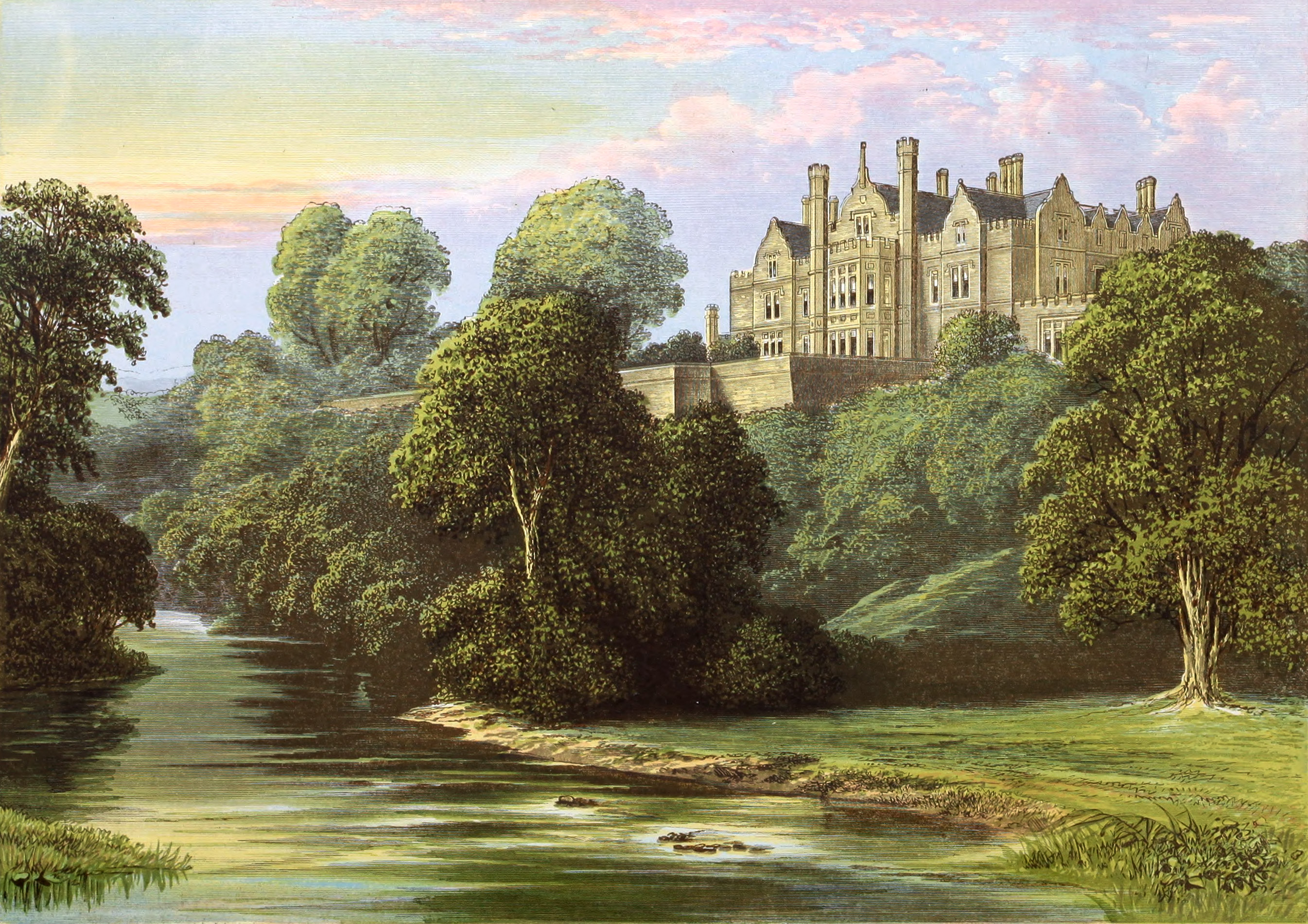 The old house of this name was built in or about the year 1200, but by whom there is now no record to show, it being beyond the time to which any such runneth.

It was, however, pulled down, being no doubt more or less dilapidated after such an age, in the year 1828, by the then proprietor, and rebuilt in its present Elizabethan style.

The ruins of the ancient tower and chapel still remain.

The name of the place is derived from the Lil, a burn, or stream, near which it stands.

Henry Collingwood, Esq., of Westerhaugh, was father of

Sir Cuthbert Collingwood, of Esslington, in Northumberland, married to Dorothy, daughter of Sir George Bowes, of Streatlam Castle. Their third son was

Cuthbert Collingwood, Esq., of Chirton. Fifth in descent from him was

Edward John Collingwood, Esq., of Chirton House and Lilburn Tower, which latter he purchased, in 1842, of the trustees of John Collingwood of that place and Cornhill House, born February 4th., 1815, who married, August 23rd., 1842, Anna, second daughter of Arthur Burdett, Esq., of King’s County and Tipperary, and had, with other children,

Of the brave Admiral Collingwood the following account is given in Sir Bernard Burke’s “Extinct Peerage:”—

“Cuthbert Collingwood, born 1750, son of Cuthbert Collingwood, Esq., of Ditchburne, in the county of Northumberland, having adopted the naval profession, obtained the rank of Lieutenant in 1775, was made Post Captain in 1780, advanced to the rank of Rear Admiral of the White in 1795, Rear Admiral of the Red in 1801, Vice Admiral of the Blue in 1804, in which commission he had the glory of being second in command at the memorable battle off Cape Trafalgar, October 21st., 1805, under the command of Nelson: and for the services rendered upon that triumphant occasion, the Vice Admiral of the Blue (as above stated) was advanced to the Peerage, November 20th., 1805, as Baron Collingwood, of Coldburne and Hethpool,inthecountyofNorthumberland. HisLordshipmarriedPatience,daughter and coheiress of Erasmus Blackett, Esq., Alderman of Newcastle-upon-Tyne, by whom he had issue

The Admiral died in 1810, when, leaving no male issue, the Barony of Collingwood became extinct.”