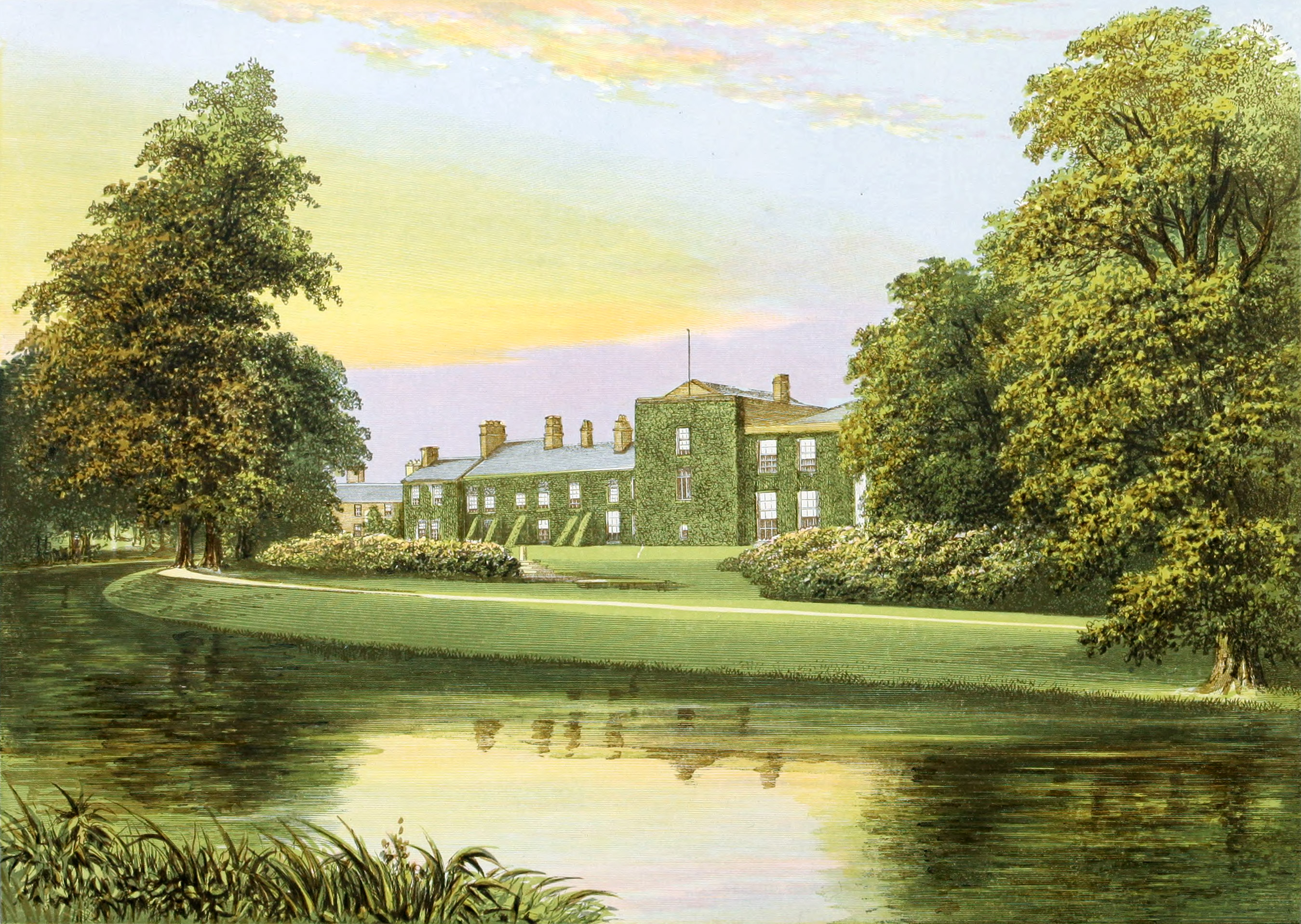 Netherhall, formerly Alneburgh Hall, is pleasantly situated on tlie banks of the river Ellen (anciently Alne), which falls into the Solway about a mile below the house. At its mouth are the harbour and town of Maryport, and on the high ground near the town is a Roman Station, in and near which many altars and other Roman remains have been dug up at different times, and are now preserved in the portico at Netherhall.

The house originally consisted of a tower only, with walls nine feet thick, and of unknown but very ancient date. This tower has been added to by its various possessors from time to time, and it is now a comfortable family residence, and contains some spacious rooms and an excellent library.

The manor and estate formerly belonged to the Eglesfields, but passed in 1528, by the marriage of the heiress of that ancient family to the Senhouses, in whose possession it has since remained.

William Pocklington, Esq.,—the name derived no doubt from the town of Pocklington, in Yorkshire,—living in the reign of Henry VIII., was father of

William Pocklington, Esq., of Collingham, who by his wife, Mildred, left, with other issue, a sou,

Roger Pocklington, Esq, of Kelham, Nottinghamshire, and died, October 31st., 1720, leaving, by Mary his wife, daughter of Thomas Saxton, Esq., several children, of whom was

Roger Pocklington, Esq., of Bassingham, Lincolnshire, born in 1669, who married Anne, daughter of Thomas Haslam, Esq., of Newark, and dying in 1751, left a son,

The ancient family of Senhouse, otherwise spelled, in former times, De Sewynhouse, and De Sevenhouse, derives from (the first on record) Walter De Sewynhouse, from whom descended John Senhouse, Esq., living in the beginning of the sixteenth century. It ended in an heiress, as above mentioned.