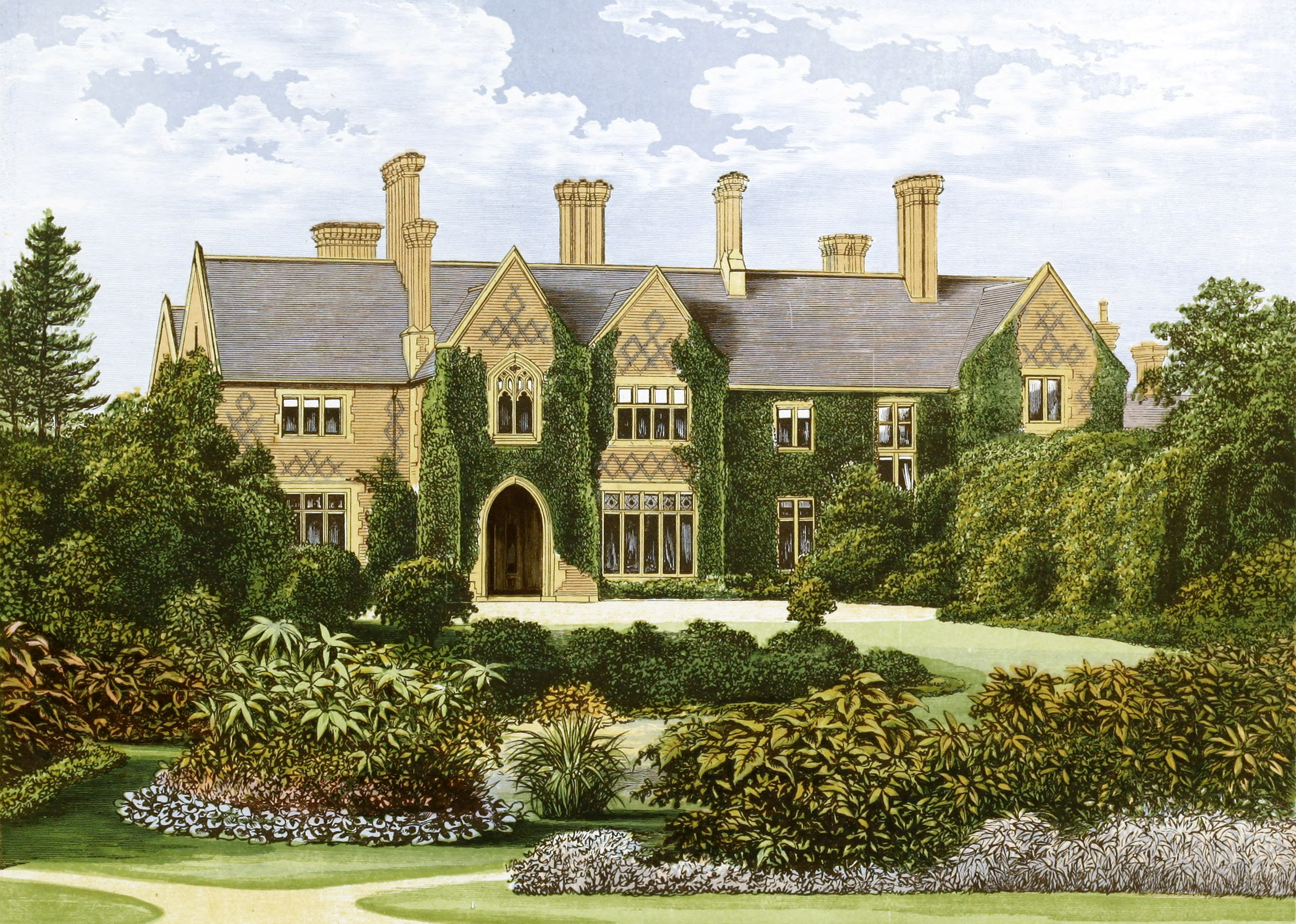 Oxley Manor is situated in the parish of Bushbury, at a distance of two miles from Wolverhampton, and stands on the table-land in the centre of England, from which the water flows on the one side to the north-east into the tributaries of the Trent, and thus finds its way to the German Ocean, and on the other side to the south-west into the tributaries of the Severn, and with that river falls into the Bristol Channel. Though so nearly adjoining to the mining district of South Staffordshire, the position of this land to the west of the great fault is such as to leave but little indication of the near neighbourhood of the Black Country, although, undoubtedly, at some, at present unknown, depth beneath these green fields the coal and iron measures are stored up, to be called upon when required for England’s use at some future day.

For the annals of Oxley Manor, the old writings describe to us how at the conquest it fell into the hands of some Norman of whom all remembrance, except his name, soon passed away, as the older race absorbed the later comers, who left, however, upon the land the blot of their ignorance, their feudal tenures, and their blood-stained code of law, now alike happily vanished into the history of the past. And so from Fitz Ausculpk, in the time of the Conqueror, through succeeding owners, William de Overton, 20th. Edward the First; William Marnham, 28th. Edward the First; Edmund Low, 12th. Richard the Second; Robert Grey, third son of Reginald Lord Grey de Ruthyn, 24th. Henry the Second, and Lord Dudley, 21st. Edward the Fourth, it passed to James Leveson, 25th. Henry the Eighth.

“Which James Leveson,” says Dr. Shaw, “having his residence in Wolverhampton, being a merchant of the staple, did very much enrich himself, so that upon the dissolution of the religious houses in the time of Henry the Eighth he became a great purchaser of those lands; which James had for his wife a daughter of Wrottesley, of Wrottesley, in this county, by whom he left issue Richard Leveson, his son and heir. Which Richard Leveson was owner of this Manor, having his residence at Lilleshule, county of Salop, for the most part.”

His grandson. Sir Richard Leveson, was the celebrated Vice-Admiral under Queen Elizabeth, who was knighted after the taking of Cadiz in 1596, and of whom it is recorded that “He was from youth, like another Scipio, trained up in the service of his country, and proved the most fortunate sea captain that ever this island produced.”

The fine large statue of the Vice-Admiral, dug out of the moat of the Old Hall, their residence, now a Japan manufactory in Wolverhampton, stands in the old Church in the town, and the lovers of ancient ballad poetry will remember him as the hero of the ballad in “Percy’s Reliques” of “The Spanish Ladye, how she loved an Englishman.”

And so, through one or two hands, Oxley Manor passed to Mr. Huskisson at the end of the reign of George the Second, and some ten years afterwards his son William Huskisson was born here, or, as is said, was brought here a few days after his birth. On Mr. William Huskisson’s return from France to England after the outbreak of the French Revolution, Oxley Manor was sold by him at the time of raising the Loyalty Loan to Mr. James Hordern, a banker in Wolverhampton, whose name is most closely associated with the early development of the mining industry in South Staffordshire. On his death in 1825 it passed to his son, Mr. Alexander Hordern, a barrister and conveyancer of the Inner Temple, and under his will to his nephew, Mr. Alexander Staveley-Hill, one of Her Majesty’s Counsel, and Member for the division of the county in which the property is situated.

No trace of the early Manor-house remains, unless it be pei-haps beneath some ivy-covered brickwork by the garden fish-ponds, which in all probability formed part of the moat so frequently found as the protection of old houses in this district. In later days only a square farm-house stood on the property, but in 1854 Mr. Hordern added to it, under the plans of Mr. Christian as architect, the present picturesque building, whose steep gables and Tudor windows form the subject of the plate, on the other side of which the older portion of the house forms the north-western end.

Read more at The Badsey Society »