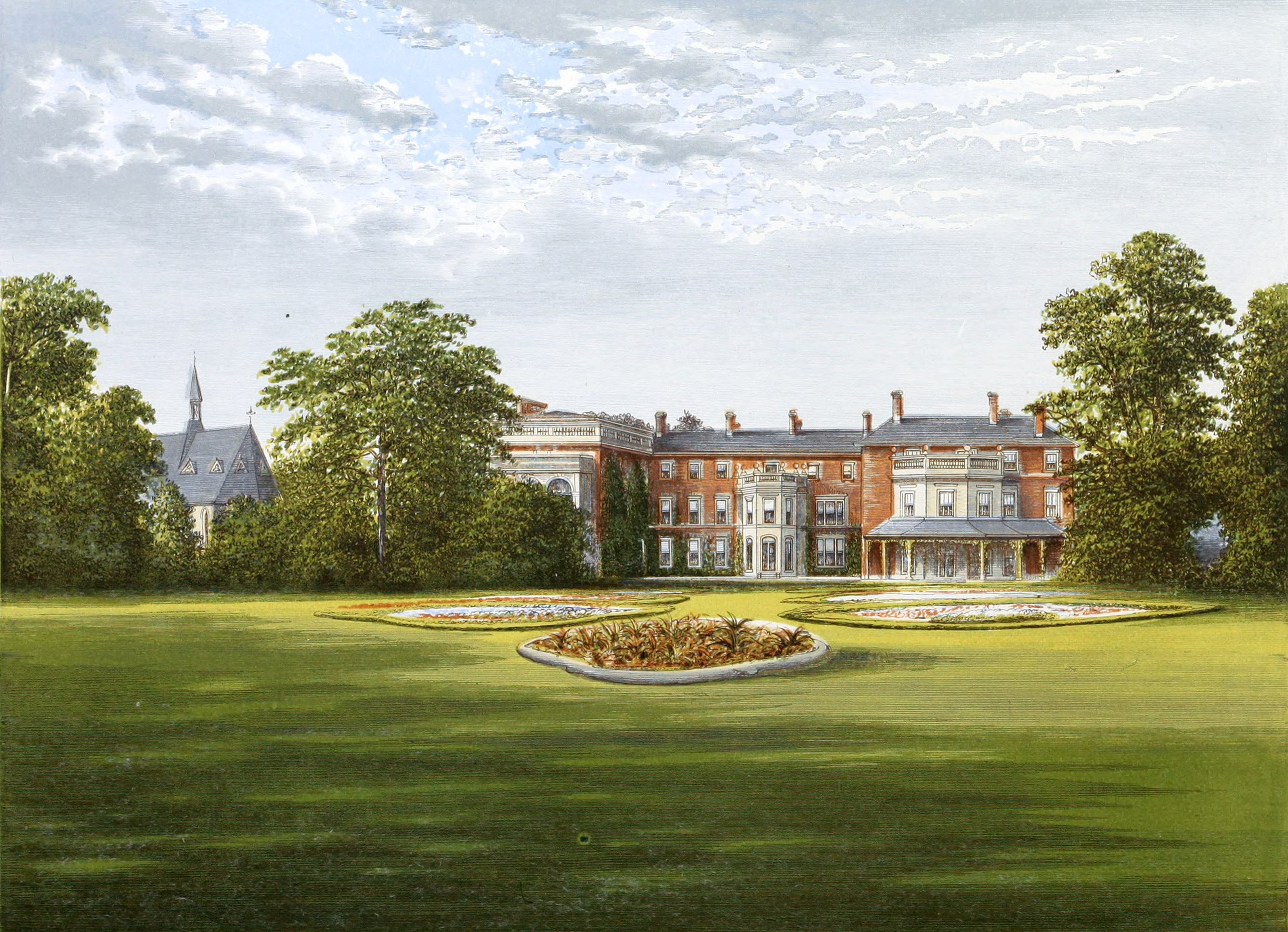 The title of “The Garden of England” is, in my opinion, claimed of right by the county of Worcester, far more justly than either by Kent or Herefordshire. They, no doubt, abound in lovely pastoral scenes, especially the latter, and in richly-wooded districts, always so attractive to the eye that loves the country; and no doubt also Yorkshire has many a fair prospect and views of a noble character which neither of those just mentioned can at all approach, but “take it for all in all,” Worcestershire must hold the first place for beauty before them or any other county. I do not write without the book, for having been for nearly five years at Bromsgrove School, I know it well, and in fact it was far more beautiful then than even now, for the vast quantity of hedgerow timber, especially of the elm, the tree which more than any other gives richness to the landscape, and its fallen leaves fertility to the soil, has since then been grievously thinned or entirely removed for the sake of better farming, the sad process just beginning soon after I went from York to pass under the loyal motto over the old doorway of the Grammar School of King Edward the Sixth, Deo, Regi, Vicino, ‘for God, my King, and my Neighbour.’ “Floreat semper.”

The Rhydd Court derives its name from a ford across the Severn, the latter, perhaps, as I think I have heard, so called from the red colour of the earth on the bank of the river. It is a modern building, the old family residence, now unusod, and called, I believe, Sevenoaks, being about two or three miles away.

The private chapel, which appears in the view, and is most beautifully fitted up, was built by Sir Edmund Lechmere in memory of his first son that died.

The ancient family of Lechmere is stated to have come originally from the Low Countries, and to have had a grant of land from William the Conqueror at Hanley, in Worcestershire.

Edmund Lechmere, Esq., by his wife Margaret, sister of Sir Thomas Overbury, who was poisoned in the Tower, was father of

Sir Nicholas Lechmere, Knight, M.P. for Bewdley, a Baron of the Exchequer at the Revolution, who married Penelope, daughter of Sir Edwin Sandys, of Northborne, in Kent, and dying in 1701, was succeeded by his elder son,

Edmund Lechmere, Esq., of Hanley Castle, who married Lucy, daughter of Sir Anthony Hungerford, of Farley Castle, in Somersetshire. He died in 1703, having had three sons, of whom the eldest,

Anthony Lechmere, Esq., M.P., of Hanley Castle, married Anne, daughter of Thomas Foley, Esq., of Stoke Edith, in the county of Hereford, and dying in 1720, aged 46, loft a son,

Edmund Lechmere, Esq., of Severn Eud, M.P. for Worcestershire, married, first, to Elizabeth, daughter of Sir Blundel Charlton, Bart., of Ludford, (whose son, Nicholas Lechmere, born in 1733, inherited the Charlton estate, and assumed that additional surname), and, secondly, Elizabeth, daughter of the Rev. John Whitmore, of Fenny Compton, Warwickshire, and by her left at his decease, in 1805, a son,

in 1819, Maria Clara-, daughter of the Honourable David Murray, and Maid of Honour to the Queen, and had, with two daughters—he died April 2nd., 1856—a son,

Sir Edmund Anthony Harley Lechmere, Bart., born December 8th., 1826, of the Rhydd, Worcestershire, High Sheriff of the County in 1862, Knight Commander of the Order of St. John of Jerusalem, and of the Medjidie, married, September 30th.,

1858, to Louisa Rosamond, only surviving child and heiress of John Haigh, Esq., of Whitwell Hall, Yorkshire, a house the hospitalities of which I have often received, and had, with other children, an eldest son to survive,