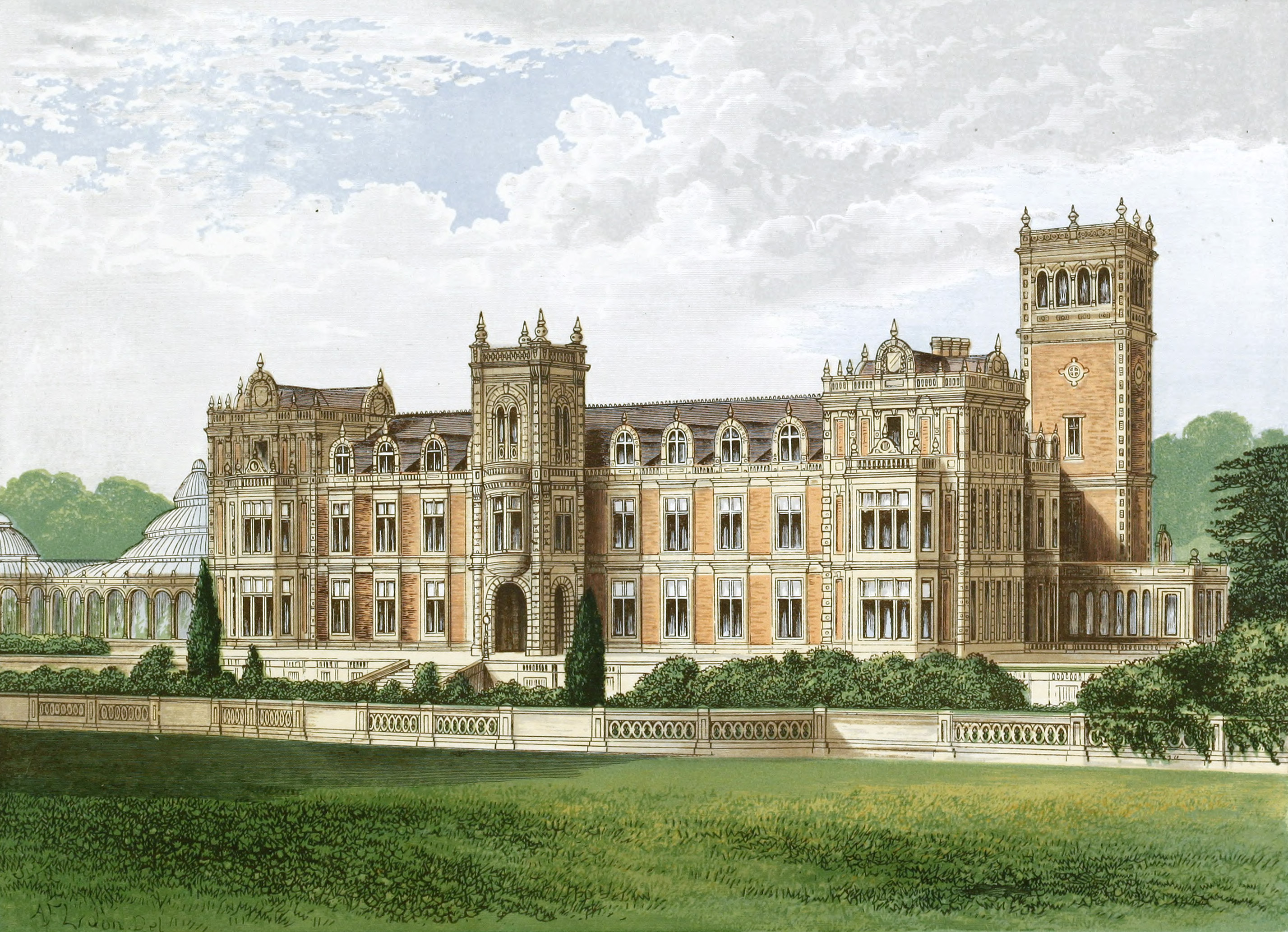 In the time of the Conqueror this manor was possessed by William, Earl of Warren and Surrey.

It was afterwards in the family of the Fitz Osberts, with other large estates, with whom it remained till 1280, when one moiety of their possession descended to Isabella, the widow of Walter Jernegan, daughter of Sir Peter Fitz Osbert, as sister and co-heiress of Roger Fitz Osbert, son of Sir Peter, and the other moiety descended to John Noion, the son and heir of Alice, the other sister and co-heiress of Roger; and, on a division of the property, Somerleyton was settled on Sir Peter Jernegan, the son of Walter and Isabella, who removed from Horham, in Suffolk, and made this the principal seat of the Jernegan family, and so it remained till 1627, when — Jerningham, the son of Frances, the widow of Thomas Bedingfeld, Esq., of Oxburgh, and daughter and heiress of Sir John Jernegan (who was the last male of that branch of the family, and the last resident here) by Henry Jerningham, Esq., of Cossey, her second husband, sold this estate to Sir Thomas Wentworth, Knight, who resided here, and who held it till the year 1669, when it was purchased by Sir Thomas Alleyne, of Lowestoft, the Admiral, who, during the Protectorate of Oliver Cromwell, remained steadfastly attached to the royal cause, and who, after the Restoration, obtained a command in the royal navy. On the commencement of the “war with the Dutch, he fell in with their Smyrna fleet, and after an obstinate en- gagement, made prize of four of the richest, killed Van Brakett, their commodore, and drove the remainder into Cadiz. In the engagement off Lowestoft in 1665, and that off the North Foreland in 1666, Sir Thomas bore a distinguished part. He was Member of Parliament for Dunwich in 1661, and in 1672 was created a Baronet, and passed the remainder of his life at this seat. Sir Thomas left one son, Sir Richard Alleyne, Baronet, who dying a bachelor, devised Somerleyton to Richard Anguish, Esq., who had married his sister, on condition that he took the name and arms of Alleyne, which he did, and in 1699 was advanced to a baronetcy. With his descendants it remained till 1794, when Sir Thomas Alleyne died unmarried, and the baronetcy became extinct; but the estate descended to Thomas Anguish, Esq., his heir at law, at whose death, in 1810, it devolved upon the Rev. George Anguish, a Prebendary in Norwich Cathedral, his eldest brother and heir.

The Somerleyton estate afterwards passed into the possession of Lord Sydney Godolphin Osborne, from whom it was purchased by Mr. Peto (afterwards Sir Morton Peto) who erected the present magnificent edifice, the designs being furnished by- Mr. John Thomas, an architect well known for his work in the new Houses of Parliament. The seat was purchased within recent years by the late Sir Francis Crossley, and became his residence.

The style of the building is in the main Elizabethan, the materials used in its construction being Caen stone and red bricks. “The principal apartments are the entrance-hall and the dining-room. The latter is very lofty, and has a richly decorated ceiling, carried on corbels, which present amongst their ornaments the boar, stag, and hunting emblems. The sides of this room are in two stories, and the observer will detect here the junction of old work and new. The appearance of extent is increased by looking-glasses at each end, in the upper story, which serve to close openings in the gallery. The windows are filled with stained glass, and include medallion heads, in the first, of Newton and Watt; in the next, of Chaucer and Shakespeare; and in the third of Wren and Reynolds,—thus memorialising science, literature, and art. The desire to do this is apparent throughout the edifice and grounds, and forms, indeed, the great and distinguishing characteristic of the place.”

The gardens and pleasure grounds are extensive, and are tastefully and lavishly maintained, deserving even more than in the olden time the high encomium of Fuller, who wrote that this place “^well deserved the name of Summerley, because it was always summer there, the walks and gardens being planted with perpetual greens.”

Mr. John Crossley married Martha Turner, and was father of