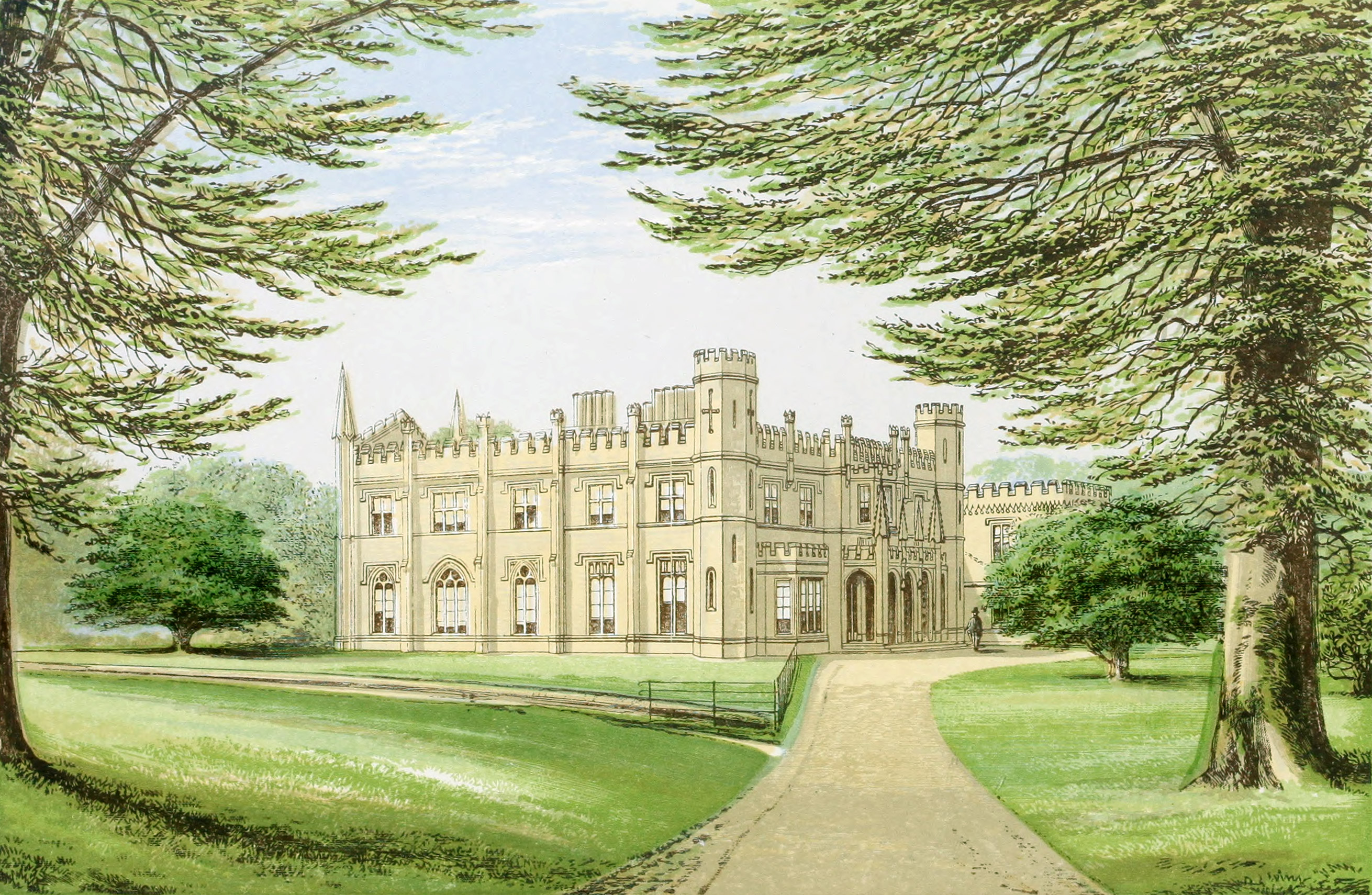 Thrybergh Park is very pleasantly situated in the West-Riding of Yorkshire, about three miles from the town of Rotherhain.

At a remote period the estate of Thrybergh belonged to William de Perci, the founder of the great house of Percy.

It afterwards came into possession of the Reresbys.

The old Hall of the Reresbys, which was also retained during the possession of the families of Savile and Finch, with alterations from time to time, was pulled down by Colonel Fullerton, and the present handsome Gothic edifice erected in its stead.

The ancient and eminent family of Reresby was settled here from the time of the Conquest.

Sir Adam Reresby, Knight, was followed by sixteen successors in the direct male line, when

Sir John Reresby, Knight, of Thrybergh, Governor of Hull, was created a Baronet by King Charles L, 16th. of May, 1642. He married Prances, daughter of Edmund Yarburgh, Esq., of Balne Hall, Yorkshire, and died in April, 1646, when their eldest son,

Sir John Reresby, of Thrybergh, Governor of York, succeeded. He married Frances, daughter of William Brown, Esq., of York, and had, with other issue, a son, who, at his father’s death, in May, 1689, inherited the Baronetcy, and became

Sir William Reresby, Bart., a person of profligate and worthless character, who, so far from following in the steps of his distinguished father, exhibited only a melancholy contrast to it. Hunter the histomn has left the following record of him:—”In 1705 he had sold Thrybergh and the estates connected with it. He was alive in 1727, when Wotton’s account of the Baronets was published. In that work he is said to be reduced to a low condition. Brooke was informed that he was tapster of the Fleet Prison. This is not improbable, for his tastes and habits appear to have been of the lowest order. I have seen one sad evidence. He died in great obscurity, a melancholy instance how low pursuits and base pleasures may sully the noblest name, and waste an estate, gathered with labour, and preserved with care by a race of distinguished ancestors. Gaming was amongst his follies, and particularly that lowest specimen of the folly, the fights of game cocks. The tradition at Thrybergh is, for his name is not quite forgotten, that the estate of Dennaby was staked and lost on a single main.” He died, fortunately, unmarried, when the Baronetcy, in all probability an empty honour, after the squandering of the property to the amount of seventeen thousand a year, devolved on his brother,

Sir Leonard Reresby, fourth Baronet, who died unmarried on the 11th. of August, 1748, when the Baronetcy expired.

Thrybergh had been sold by Sir William to

John Savile, Esq., of Methley, near Leeds, whose granddaughter,

The Hon. John Finch, Earl of Aylesford, and was succeeded by her son,

Savile Finch, Esq., of Thrybergh, who, having no son, left the estates to his wife Judith, daughter of John Fullertou, Esq., by whom they were bequeathed to her own family.

The family of Fullerton is of Scotch origin, and is descended from Allan Fullerton of that ilk, living in 1240.