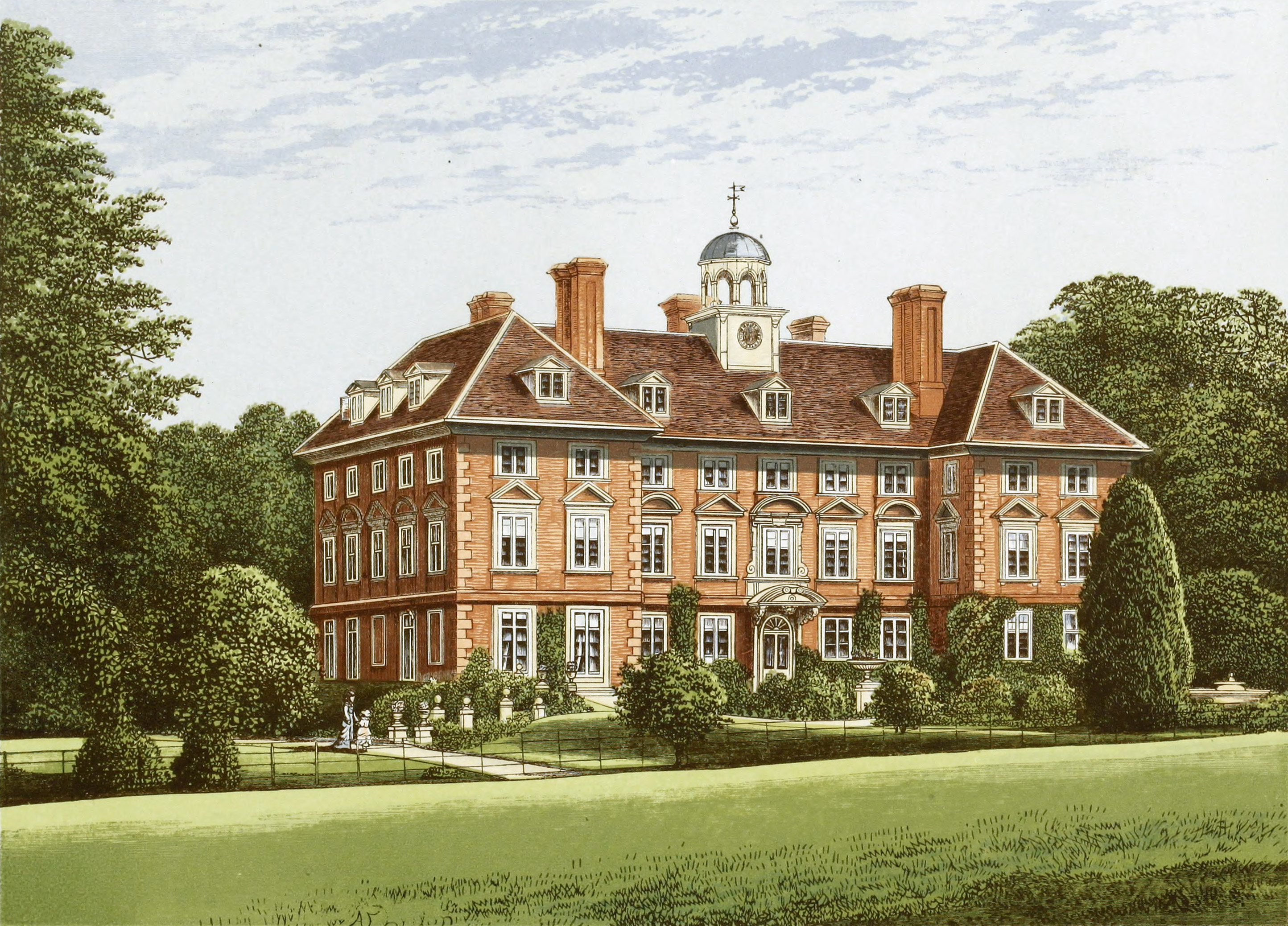 Near St. Alban’s, Hertfordshire.—Countess of Caledon.

This house was built by Sir Henry Pope Blount in 1654, in place of a very ancient one formerly belonging to the Abbots of St. Albans.

At the dissolution of the monasteries the estate was granted by King Henry the Eighth to Sir Thomas Pope, from whom it descended to Sir Henry Blount, who took the name of Pope, and from him came through the female line to the Countess of Caledon.

The house is a handsome building of red brick designed by Inigo Jones.

A curious old chapel and a very fine carved oak staircase, among other things, remain of the ancient house of the Abbots.

Tyttenhanger was one of the ancient deer parks of England, and was considered such a healthy spot that Henry the Eighth and his Queen and family took refuge there during the sweating sickness in the year 1528.

“If again We turn to Hertfordshire, how different are the reminiscences! That earliest of all British streets, Watling-Street, is to be found here; and within this now tranquil inland shire, Csesar carried on those warlike operations, which he has himself so graphically detailed. Berkhamstead in 1066 heard William the Conqueror swear to maintain the laws of Edward the Confessor, which he afterwards so shamefully broke; and the venerable abbey of St. Albans tolled the knell of the followers of Tyler, who expiated their insuiTOction there. At a later peinod Bacon, ‘so great in his virtues, so little in his vices,’ was entombed in its church of St. Michael’s, when his bribes, and speculations, and profound philosophy were past; and Holywell House, a late seat of the Spencers, formerly owned an historic character scarcely less celebrated in the person of Sarah, Duchess of Marlborough, its founder. The Rye House, within its confines, was the scene of that fabulous plot devised for the destruction of Russell and Sidney. Cassiobury and Hatfield yield to few mansions in the empire in architectural beauty or historic fame;

Gorhambury still acknowledges the sway of the Grimstons; and Knebworth, an interesting Tudor building, has, at the present day, its interest enhanced as the seat of Sir Edward Bulwer Lytton.”