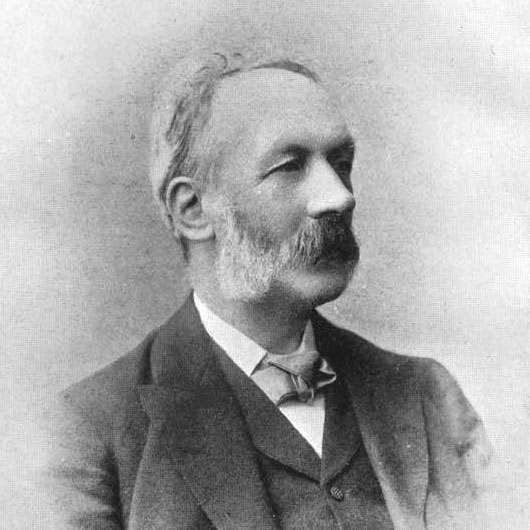 John Southward was a printer in Liverpool and wrote A Dictionary of Typography and its Accessory Arts as parts that appeared in the Printers’ Register from 1870 to 1871. The dictionary is a comprehensive list of most aspects relating to printing including equipment, typography terminology, history, and best practices. In 1875, a second revised edition was published as a stand-alone publication.

This project is a short visual exploration of the differences between the two editions of Southward’s Dictionary viewed as a single alphabetical list of terms. The first difference explored is a simple inventory of the terms and color coding them based on whether they were in the first edition, second, or both.

Combining all the terms from both editions into a single alphabetical list and only showing the first letter of each term creates a snapshot of which ones were removed, added, and kept as the dictionary evolved from the first to the edition.

The most common terms that were removed for the second edition were types of equipment named for others such as Caxton machine and Degener’s press though a few were kept such as Hoe’s machines or added such as Athol screw press. The most notable change was the removal of Type founding which was a main topic throughout both editions yet only appeared in the first.

Looking at the distribution of terms across the letters of the alphabet shows that most terms began with P or S due in large part to several terms starting with the same word such as Press boards, Pressing, and Presswork or Short accent, Short letters, and Short pages. No terms in either edition started with Y.

As is common in dictionaries, there were many mentions of other terms throughout both editions. These mentions were conveyed via three methods:

Lining up all the terms alphabetically on a line running from left to right — and drawing arcs for both first and second editions connecting the terms and their mentions creates a busy “hairball” illustrating the mentions throughout both editions.

Interestingly, more than a few terms mention others that don’t exist. Most notably, despite being left out of the second edition, Type founding was explicitly mentioned several times—see Justifier, as an example. These mentions of nonexistent terms are indicated white ticks (|||) on the following chart for the terms that mention them.

There were significantly more terms mentioned in the second edition due to the addition of many new terms that simply acted as pointers to others. Jobbing office contained the most terms mentioned in both editions (40 in the first, 42 in the second). The number of terms varied slightly because not all words mentioned existed as separate entries. Type founding and Machine were mentioned the the most (10 each) in the first edition while Proof had the most mentions (11) in the second edition. These terms can be see by clusters of lines converging on points along the above chart near the beginning, middle, and end.

The definitions underwent significant changes between the two editions as well and they can be illustrated by comparing word counts for each. The following diagram is a more abstract illustration showing these differences by arranging all the terms alphabetically and then dividing up the available space by how many words were in each definition.

The resulting diagram takes on an almost futuristic look which is a fun outcome considering it depicts information written in the nineteenth century.

Finally, the words themselves are intriguing to explore because the vocabulary around typography is unique and varied with terms like Octavo, Dipthongs, and Quoins. Pairing each term with a representation of the number of words in its definition in both editions and color coding them creates an interesting long-form visual to explore.

The list that follows is a complete alphabetical list of every term in both editions color coded by the edition it appears in and followed by a series of slashes ( / ) based on how many words are in its definition in both editions.

Enjoy a new take on a piece of history from the 1870s. Get your own posters John Southward’s A Dictionary of Typography. Each poster features visual representations of every term defined in both editions. 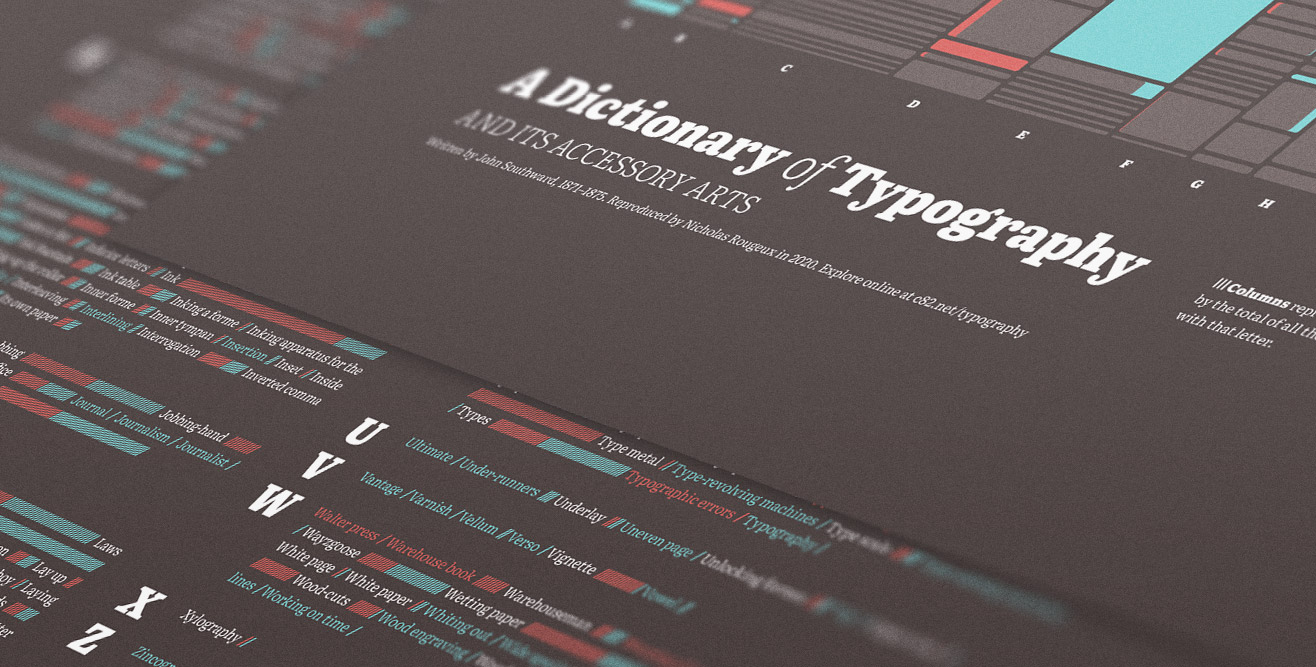 Go behind the scenes and see how this project was made.